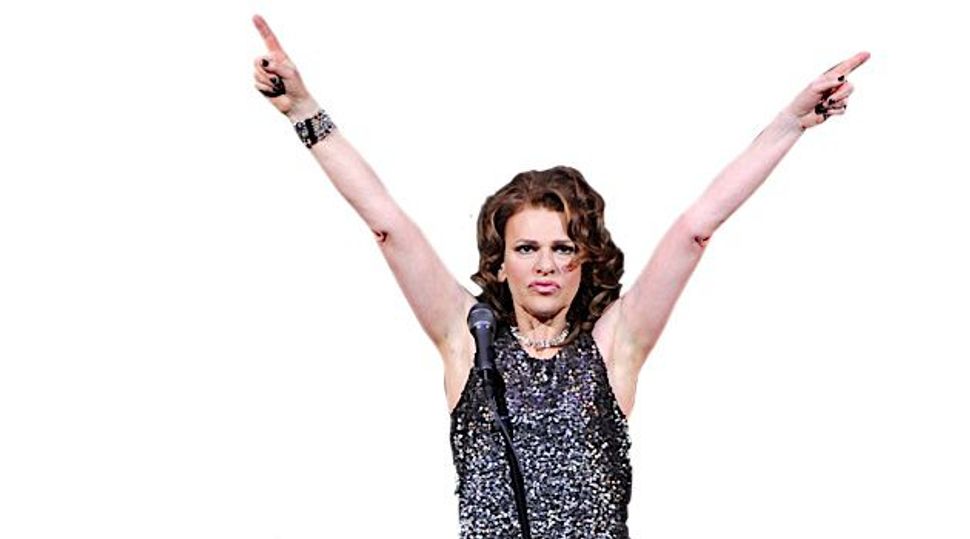 2) Arizona’s first known Jewish resident was Dr. Herman Bendell who, in 1870, was nominated to be the state’s first Superintendent of Indian Affairs.

3) Since there were few women in the Arizona territory, early Jewish settlers traveled elsewhere to find wives. In 1884, 21 of these brides founded the Hebrew Ladies Benevolent Society of Tucson.

4) The Hebrew Ladies Benevolent Society raised funds to build the state’s first synagogue, Temple Emanu-el in Tucson, in 1910. Its original location (now Historic Stone Avenue Temple) was restored in 2000 to become the site of the Jewish History Museum.

5) Though he was an Episcopalian, Arizona senator and 1964 Republican presidential candidate Barry Goldwater was heir to his Jewish father’s department store fortune.

7) Irving Berlin reportedly wrote the song “White Christmas” while lounging by the pool at the Arizona Biltmore hotel.

8) Comedian and star of the eponymous “It’s Gary Shandling’s Show” and the not-eponymous “Larry Sanders Show,” Gary Shandling grew up in Tucson. His family ran a print shop and a pet store.