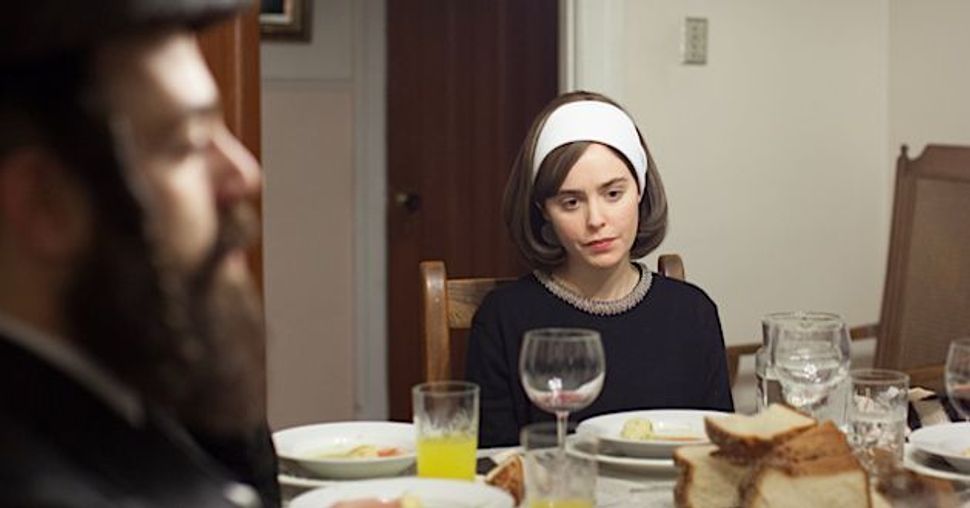 Five years ago, at the Sunshine Cinema in Manhattan, I saw the worst movie about Hasidim ever made. “Holy Rollers,” a tale of Brooklyn boychiks gone bad, starred Jesse Eisenberg as Sam Gold, an innocent young thing who gets sucked into the ecstasy smuggling business. The plot was based on a true story, but the characters, with their fake peyes, shapeless black hats, and propensity to throw the word “gelt” into every third sentence, were a buffoonish pastiche. The problem wasn’t that the filmmakers got a few things wrong — it’s that they didn’t get anything right.

But like they said in the cigarette ads, baby, you’ve come a long way. In the past few years the quality of Hasidic-centered movies has gone way up thanks to actors, directors, and behind-the-scenes consultants who know a thing or two about their subject. In movies like “Romeo and Juliet in Yiddish,” “Fill the Void” and “Fading Gigolo,” the Hasidic community serves as a unique setting for stories that carry their own weight, rather than as a cheap source of titillation. The point isn’t verisimilitude for its own sake — it’s that if you’re going to create a good movie, you need to know where your characters are coming from.

Maxime Giroux, the Quebecois director of “Felix and Meira,” spent a lot of time learning where his characters come from. In the Mile End neighborhood of Montreal, Giroux lived cheek-by-jowl with the city’s Hasidic population, and like a lot of outsiders, was curious about his neighbors’ lives. “When you’re curious, and you meet the other, you always find something beautiful,” he said in a January interview with the Forward. The result of his investigation is a movie that gets the nuances of the Hasidic world right, while artfully deploying them for the sake of a beautiful, bittersweet story.

The movie stars Israeli actress Hadas Yaron as Meira, a young wife and mother deep in the winter of her discontent. Her relationship with her husband, Shulem (Luzer Twersky, an actor, formerly Hasidic), is barely functional; though she loves her baby she doesn’t want any more children, and even her closest friends have no idea what she’s going through. Her only relief comes from drawing in her notebook and secretly listening to doo-wop records, which she keeps hidden under the sofa.

Though Meira has no intention of being unfaithful to her husband, her misery makes her receptive to the advances of Felix (Martin Dubreuil), a dissolute Quebecois man living on his family’s money while spending down the remainder of his youth. With his estranged father about to die and his own life at loose ends, he’s in just the right frame of mind to strike up random conversations with Hasidic women at the kosher pizza shop. Meira rebuffs Felix at first, but her desperation eventually leads her to his door.

It’s a plot ripe for movie-of-the week treatment, but Giroux consistently avoids clichés, especially when it comes to the relationships that form the backbone of the story. According to the calculus of most scripts, Felix’s relationship with his sister Caroline (Anne-Élisabeth Bossé) — the responsible sibling in the family — should be bitter and acrimonious. Instead, Caroline is forgiving of her ne’er-do-well brother, proving that not every potential conflict over a big inheritance needs to be realized.

So, too, the relationship between Felix and Meira is anything but sensational. Their attraction to one other is tentative, and the consequences unfold slowly. Although the possibility of a romance seems unlikely, they are drawn together by their shared sense of alienation. When Meira first ventures into Felix’s apartment building, they get into an argument about which one of them is stranger. Although they are seemingly referring to their respective lifestyles, they could just as well be talking about an existential strangeness. 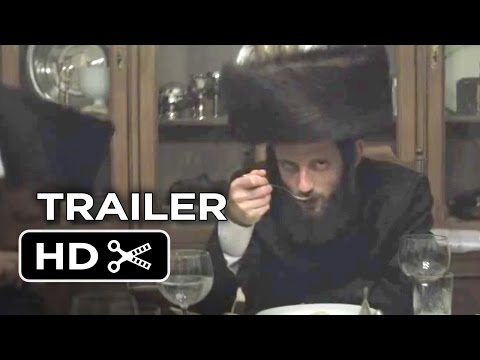 Even the relationship between Shulem and Meira resists easy characterization. Though emotionally stunted and unable to communicate his feelings, Shulem loves his wife and fears the consequences of her dissatisfaction. In the couple’s apartment, we see Meira setting mousetraps, one of the film’s more obvious symbols. Later, alone in their empty kitchen, Shulem finds a mouse caught in one of the cupboards. “The world is a cruel place, my friend,” he remarks sadly.

Perhaps the most bewitching aspect of the movie, however, is its sustained emotional and aesthetic tenor. The action takes place against the snowy backdrop of a Montreal winter, which provides an elegant but subdued visual palette. Aside from a few songs carefully chosen and played at length, the film is a low-volume affair, and it makes the most out of its silences. In an early scene we see Meira sitting in an armchair in her hushed, sun-lit living room, listening to Wendy Rene sing “After Laughter (Comes Tears).” As with Meira’s own sense of dissociation, the effect on the viewer is a dull but pleasant ache, interrupted only by brief moments of transgression.

All of this makes “Felix and Meira” one of the best movies about Hasidim I’ve ever seen. Indeed, the theme of a repressed young woman reaching beyond her cloistered world will seem familiar to anyone who has ever found themselves stuck in a dead-end situation — a problem less about being Hasidic than about the difficulty of finding fulfillment in any relationship. Though leaving her husband and community may be necessary for Meira, neither Felix nor her new pair of jeans will solve all of her problems. It’s a sad state of affairs, but as Felix says to her on one of their first encounters: “Me, I like sad days.” As “Felix and Meira” shows, they’re also, sometimes, the most beautiful.

Ezra Glinter is the deputy culture editor of the Forward. Contact him at [email protected] or on Twitter, @EzraG