The Price of Redemption 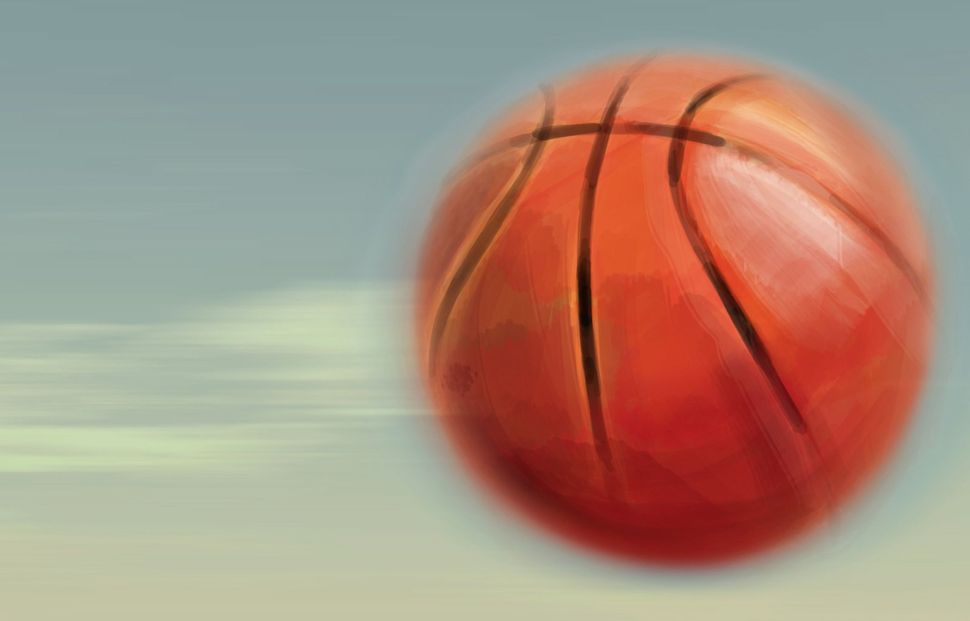 Everything has its price. For the redemption of a firstborn son, the Torah is quite specific: Numbers 18 instructs that the first son to pierce his mother’s womb belongs to God. You can bypass a life of priestly service through the pidyon haben, the ritual of redemption, held 31 days after the son’s birth. During this ceremony, the baby boy is placed on a large silver tray and brought before the rabbi. The father says a blessing and hands the rabbi five silver shekels and the son is redeemed, free to live his baby boy life.

My husband and I, Reform Jews, hadn’t planned a pidyon haben even though we met the requirements of the commandment. Our religion is more by the heart than by the book.

I found out I was pregnant the same day my 80-year-old, diabetic father had an operation to clear the main artery in his leg. “I want to be called Poppy,” he told me from his hospital room. Grandpa sounded too old.

The operation failed to restore normal blood flow, and as the baby grew inside me, so did my father’s pain and difficulty walking. My travel, too, was restricted ­— because of my age, 42, and the family history of diabetes, my doctor advised me not to travel to Florida to see my father.

My father did not see my belly grow round that winter, nor my skin glow with the radiance of expectancy. I did not see him grow frail, the former college basketball player now unable to make it from the kitchen table to the wastebasket to throw away a napkin. The man who had me practice shooting baskets from selected spots on the playground court, who gave me the advice I’ve carried throughout my life, “Keep your eye on the ball and always follow through,” was now being defeated.

He held on all that winter and returned to New York, but wasn’t mobile enough to come to the hospital for my son’s birth. Despite his health, my father planned a party for my son’s bris. It was held in the ballroom of the temple of my childhood. Some 40 of my parents’ friends were there to honor my father.

My mother pulled me aside to tell me the doctor had wanted my father to go into the hospital the previous night, his body filled with an extra 20 pounds of water, his heart and kidneys under siege from diabetes and his now badly infected leg.

My father’s golfing buddy kept saying, “Take a picture of this. Get that.” I did not want to remember my father addled and swollen, but snapped away. I knew, we all knew, it would be his last party.

The highest honor at a bris is to be the sandek, the one who holds the baby during the circumcision. My father held my son in his swollen hands as the mohel said the blessing. It was his first chance to be Poppy. But when the mohel touched a drop of wine to my son’s lips in preparation for the procedure, my father deferred the intended honor and passed the baby to my father-in-law, not trusting his own ability to hold my son still. The ceremony was quick; my son licked the wine from his lips and wailed briefly.

A bris ends with a seudat mitzvah, a feast of celebration. On the center table was a birthday cake decorated with blue icing balloons and my son’s Hebrew name, Micah Natan. I thought it was silly, more appropriate for a toddler’s birthday party, but my father had insisted. It was good cake.

“Now you have two people to feed,” my father said, urging me to have another serving. I wanted him to say something profound about my son, about the moment, but he was in too much pain. In my arms my son wailed in hunger. I took a forkful of cake and fed it to my father, strictly verboten for a diabetic.

The day after the bris, my father was taken to the hospital. Gangrene soon set in. The infection in his leg was killing him. The doctors debated whether my father was strong enough to withstand the operation to amputate his leg. The risk was high; they left the decision to him. I tried to give him a pep talk. “Even if you’re in a wheelchair, you can still show my son magic tricks and teach him to play basketball.” We both knew he never would.

My father passed away a few weeks later, delivered, I’d thought, from making the decision.

In preparation for the eulogy, the rabbi asked how old my son was. I told him 31 days. “He’s a big boy,” was all he said, but I sensed there was more. I’d always loved this rabbi’s sermons. He was a fine orator with a particular knack for weaving threads of faith into modern garb. When we prayed, “Into Your hand is the spirit committed; redeem it, O God of mercy and truth,” the rabbi put emphasis on “redeem it,” and looked directly at me and my son.

Years later, when my son was in middle school, we went to the basketball court to play the game five-three-one. I marked the five spot with a shiny silver quarter, as my father had taught me. My son dribbled, aimed for the basket, shot and missed. He looked my way, imploring me for instruction. A glint of light reflected off the coin. I longed for my father’s voice. “OK, this time follow through,” I said, trying to channel my father’s courtside wisdom. I knew then that, whether one’s faith is by the book or by the heart, there is always a price for redemption.

Stephanie Feuer is the author of the Young Adult novel ‘Drawing Amanda’ (Hipso Media, 2014). Her essays have appeared in the New York Times and other publications.

The Price of Redemption