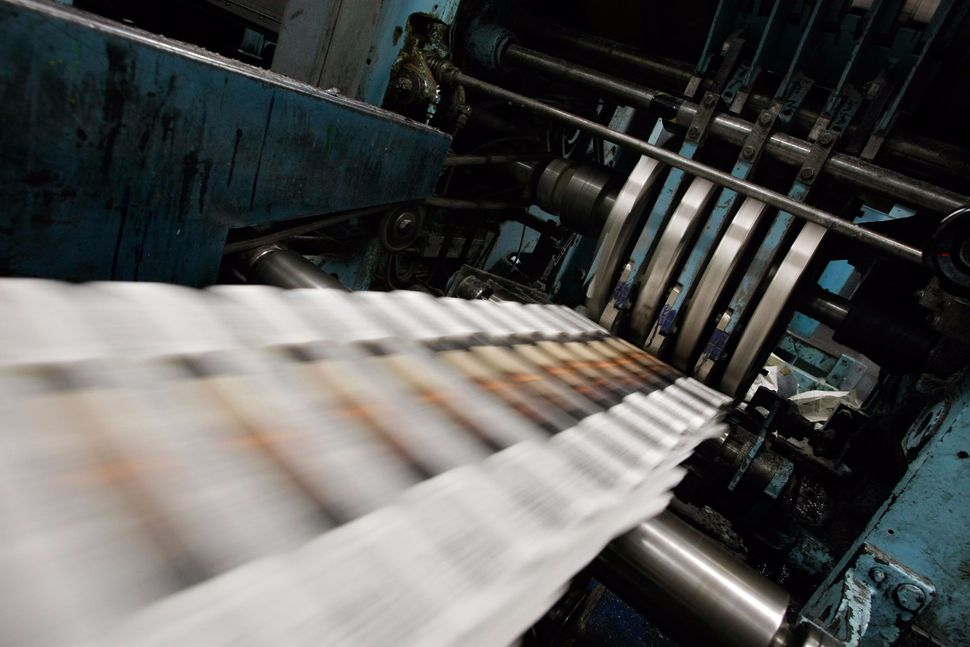 Newspapers on the printer. Image by Getty Images

So, you just won a Pulitzer Prize. Congrats! Your journalism legacy is secured. Unless you left journalism to work in PR, that is.

That’s exactly what happened to one Rob Kuznia, formerly of the Daily Breeze newspaper, which covers the South Bay area of Los Angeles, who left his career as a metro reporter because he . He now works at the USC Shoah Foundation, and was more than a little surprised to find out that he had won a Pulitzer Prize for Local Reporting on Monday.

According to LA Observed, Kuznia left the Breeze last year. While he felt a “twinge of regret at no longer being a journalist,” he explained that it was “too difficult to make ends meet at the newspaper while renting in the LA area.”

Kuznia and fellow reporters Frank Suraci and Rebecca Kimitch’s investigation focused on corruption in a poor local school district. According to Poynter, what began as simple beat reporting, digging into administrator compensation records, turned into a major scoop which brought down a vastly overpaid superintendent and prompted new state legislation.

The judges praised the metro daily’s investigation into “widespread corruption in a small, cash-strapped school district, including impressive use of the paper’s website.”

A Shoah Foundation press release stated that Kuznia “was not at all expecting to win” and that he views his transition into public relations as going “from batter to pitcher.” Asked about his big win, he said: “It’s a reminder to me that community journalism matters. A fourth estate is a really important part of our society. Without anyone watching, who knows what can go on?”