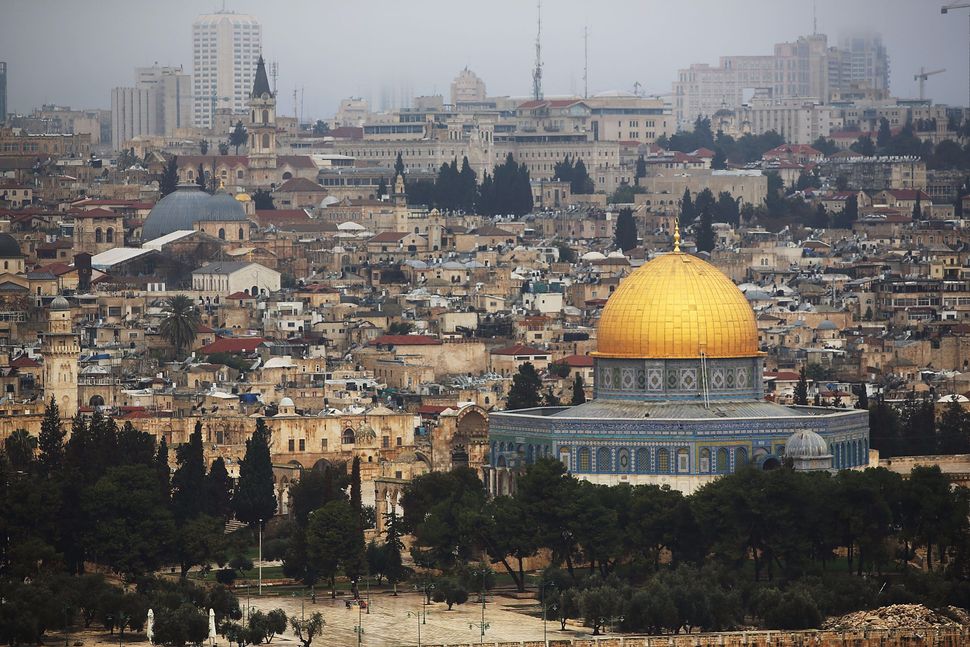 Translated from the Hebrew by Alexandra Berger-Polsky

Jerusalem shuts her heart to herself
wraps herself in tall watchtowers
she makes a wall
between herself and the eyes of the people.

Night after night
after sunset
she goes out in a heavy robe
and checks that all her gates are closed
since all her inhabitants are imprisoned
and she places locks on the trees.

And one woman
comes up from the desert screaming
banging on the wall’s stones
calling out crying of that which is in her heart:
“Come my beloved let us go out from the city
let us sleep in the villages and awake in the vineyards”
and Jerusalem slept and her heart did not wake.

And that one woman
lifts heavy iron keys
to the openings of the locks
and her screams wake the guards
who patrol the city dressed in uniforms
who strike her flesh and bruise her skin
tear her garment
night after night.

Night after night before the setting of the moon
the Divine goes out to the Mount of Dispute
leaping over the wall and running away with it
to the slopes of the desert
to the coastal plain
far from the shuttered city
and the guards.