Why the ’60s Were the Most Interesting Decade After All 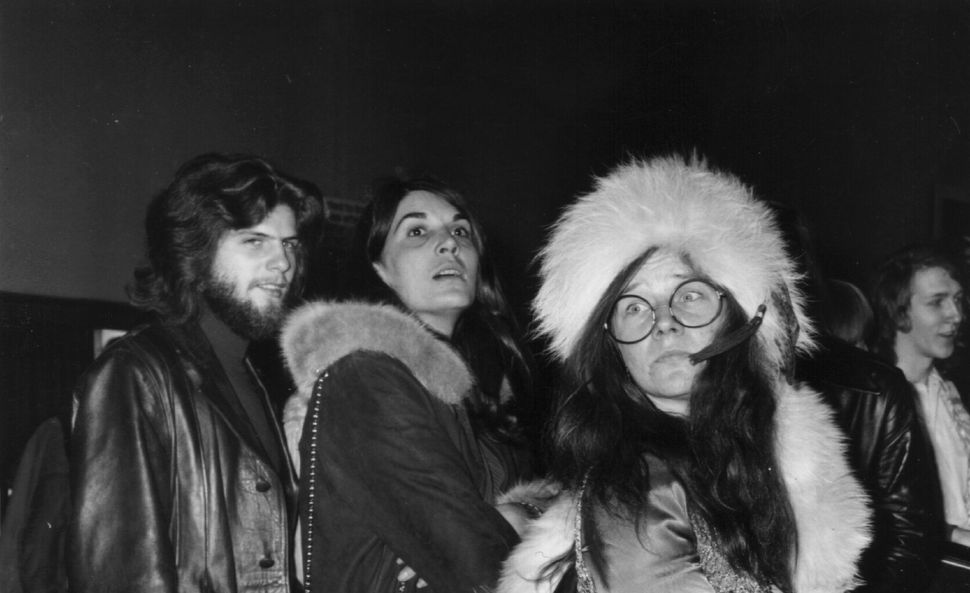 Richard Goldstein has written a book that refutes the old saying, “If you remember the 1960s, you weren’t really there.”

Goldstein, the former Village Voice executive editor who helped invent rock criticism with his omnivorous “Pop Eye” column, seems to have been more “there” during the decade than almost anyone else. The self-described “Zelig of the counterculture” attended the March on Washington, befriended Janis Joplin, roamed San Francisco during the “Summer of Love,” received a subpoena to testify in the trial of the Chicago Seven, and had the Velvet Underground play at his wedding. And not only does Goldstein apparently remember everything, but as readers of his new memoir, “Another Little Piece of My Heart: My Life of Rock and Revolution in the ’60s,” will attest, he’s got the literary chops to describe it in incisive, lyrical detail. 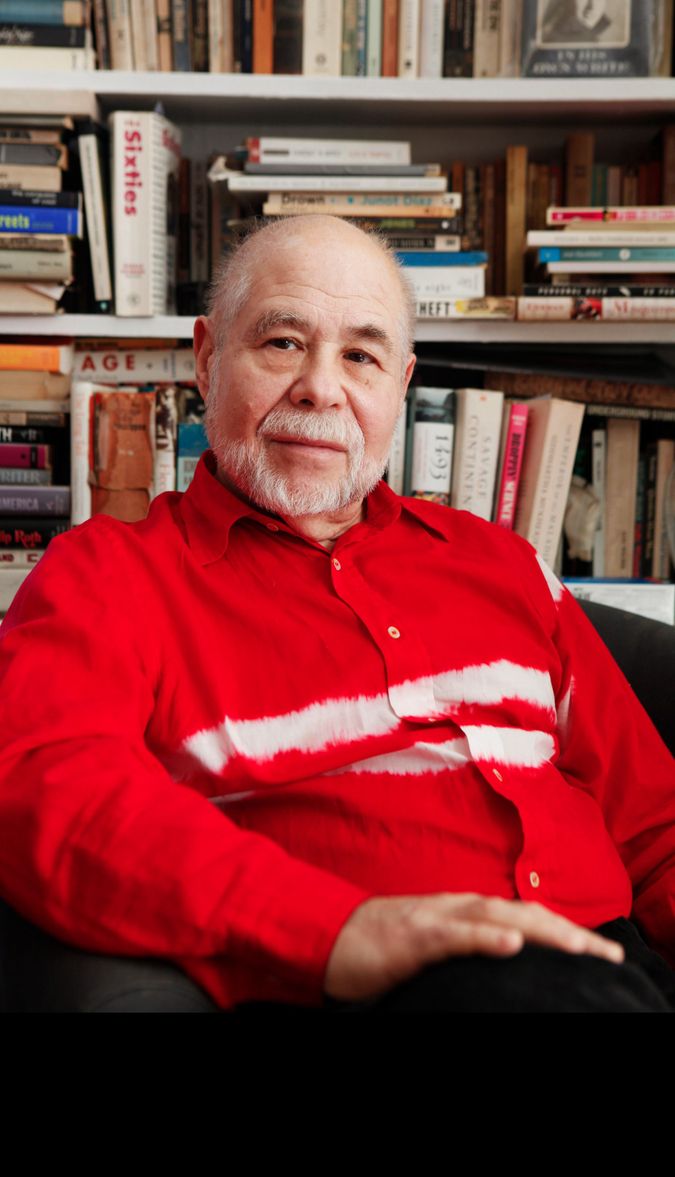 The book begins in the Bronx, in 1962, with an 18-year-old Goldstein who rides “several” buses to grab the nearest copy of the Voice, and who soon becomes the first in his family to go to college — or, as he describes it, to “learn the difference between Hegel and a bagel.” He’s quickly swept up in the heady world of the underground press, and experiences a parade of memorable encounters with Andy Warhol, Tom Wolfe, Timothy Leary, Jimi Hendrix (the “John Coltrane of the wah-wah pedal”) and countless others. As the decade progresses, Goldstein shifts his focus from the stages to the streets. “The whole country was inflamed, raw with anxiety and resentment, a land charred by fires of rage,” he writes of 1968. “One poster, devised by a British airline, caught the sense that everything was hanging by a thread. AMERICA, it read. SEE IT WHILE IT LASTS.”

The Forward recently caught up with Goldstein, who is an adjunct faculty member at Manhattan’s Hunter College, to talk how the underground press laid the foundation for social media, rock lyrics as poetry, and whether to trust anyone over 30.

Philip Eil: At the end of the book, you mention that you currently teach a class on the ‘60s. What do you tell your students about this decade?

Richard Goldstein: I tell them that it was origin of their times, that it was the period when the modern era was formed. And [I tell them] that many things that they take for granted originated in the ‘60s, from multiculturalism to feminism to social media — in effect, through the underground press — to tofu franks and all of that. [Think of] attitudes towards sexuality, the fact that they can all look different, that men can have hair of any length, wear bracelets; women don’t wear girdles and bras, unless they want to, they don’t have to wear white gloves. They can look any way they want.

All of that stuff — this personal freedom, the ability to form relationships as you see fit and not plunge right into marriage, and [abandoning] the pretense of women not having sex and men having sex; the idea that women aren’t supposed to be sexual — these are all things that the ‘60s formed. Especially, the civil rights agenda of the ‘60s is really the fundament of modern American multiculturalism. So that’s what I tell them.

Were the ‘60s simply more interesting than other decades?

When you’re 20, whatever’s going on is interesting. Otherwise, you’re on sedatives. So, I don’t know.

I think, objectively, it was interesting because the old system of American values broke down — literally, completely broke down. All sectors of authority lost their legitimacy. Hegemony ended, and there was a period of chaos, which is always interesting. “May you live in interesting times.” This is the Chinese curse.

And this happened all over the world, through revolutions and other things in the Third World, but it happened in America through the counterculture, and in Western Europe, in the same way. Because this all broke down, what happened was extremely interesting. This is why journalism was so important in the ‘60s. Because there were no authorities that were credible! Nobody could parse the new way. 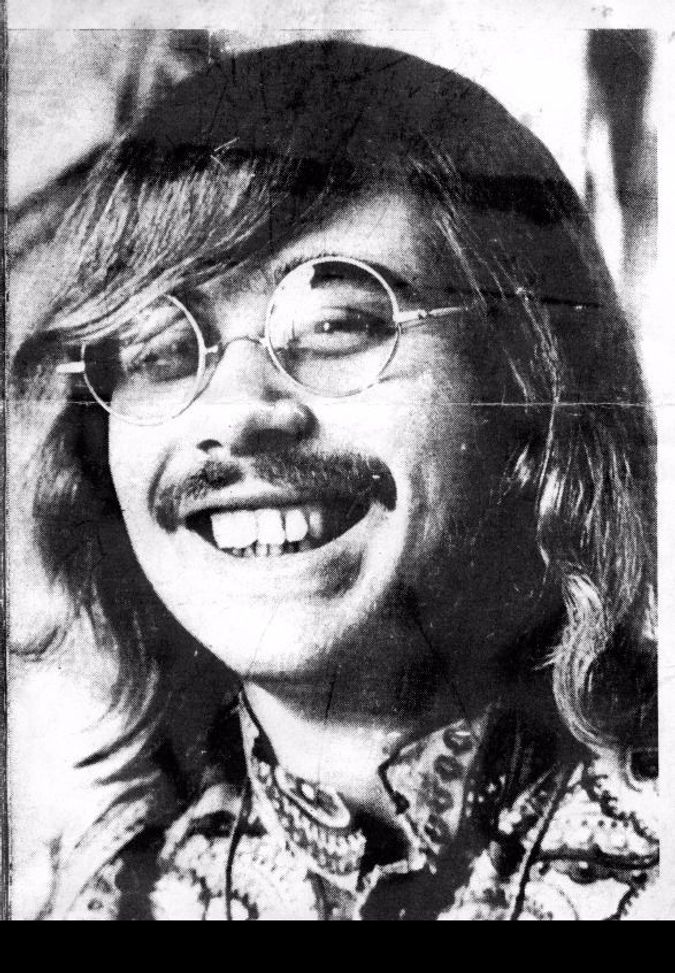 You describe in the book how Judaism was a way for you to connect with some of the people you wrote about — Paul Simon, for example. And it’s amazing to see the outsized role that Jews played in this decade, from Bob Dylan to Abbie Hoffman to Leonard Cohen.

Every decade, but certainly in the ‘60s.

But a lot of the Jews in rock aren’t Jewish. Dylan? There was a period when he was at the Wall, doing his thing. But he was also Christian. And let’s face it. The guy is closer to Little Richard than he is to a rabbi.

Paul Simon — I don’t think of him as being, essentially, a Jew. On the other hand, the sensibility of Dylan is extremely Jewish, and so is the sensibility of Simon. You can compare Paul Simon — his use of irony, in some ways — to early Philip Roth, and to many other Jewish writers, who were ironists. And Dylan, his morality, his moralism, which is very central to his work… this is extremely Jewish. He’s kind of a Jeremiah, in a classic Jewish way. And these are all tendencies within Jewish literature these songwriters embody, as well as Jewish writers.

You write that one of your favorite slogans at the time was, “Don’t trust anyone over 30.”

It was everyone’s favorite.

Do you trust people over 30 now?

I have no choice! Of course.

It was a really dangerous idea. Because it meant no perspective, and that anything that we came up with, we tried. And anything that anybody older told was ridiculous or dangerous. We didn’t listen.

So it’s not a good idea, really.

You write in the book, “I was an early proponent of the idea that rock lyrics were poetry.” Is there a line or verse that sticks out as one of your favorites?

Let’s just look at “Hey Mr. Tambourine Man,” one of Dylan’s hits, [performed] by The Byrds.

I mean, what is the “Tambourine Man”? It’s a poetic image. It’s a symbol. Is he a drug dealer? Probably. He could be. Is he an artist? Yes. Is he a musician? Yes. Is he just a sex object? Yes. All of these things are possible. This is why it’s poetic, because there are many, many possibilities. I try to show my students how [by] applying the rules of symbolist poetry, you can really, really decipher rock as a poetics. It’s related to T.S. Eliot and especially to French symbolism.

I must say there are some very awkward lines in rock. I mean, [in the book] I quote [the 1968 Richard Harris song] “MacArthur Park”: “… pressed in love’s hot, fevered iron, like a striped pair of pants.” I could go on. [Dylan’s] “The Lonesome Death of Hattie Carroll”: “With rich wealthy parents who provide and protect him / And high office relations in the politics of Maryland.” This is not a line of poetry.

He had some bad moments, but there is a genuine poetics. I don’t think it’s even contestable now. But when I said this, it turned out to be very provocative.

Why the ’60s Were the Most Interesting Decade After All