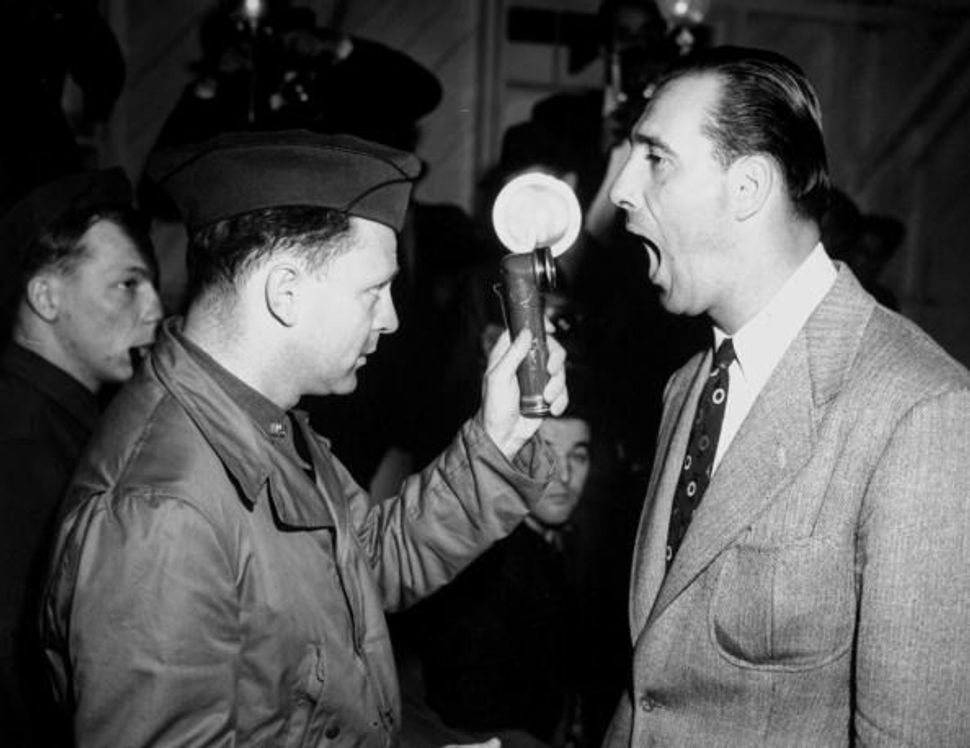 The Game Must Go On: Hank Greenberg, Pete Gray, and the Great Days of Baseball on the Home Front in WWII
By John Klima
Thomas Dunne Books, 432 pages, $27.99

On December 5, 1941, Hank Greenberg walked out of Michigan’s Fort Custer Training Center a free man. Seven months earlier, he had become the first major league baseball star to be drafted into the U.S. armed forces since war had erupted in Europe in 1939. Hank had done his service time without complaint, even though it meant making $21 a month as an Army foot soldier instead of $55,000 a year as a left fielder for the Detroit Tigers.

Now, however, Greenberg was looking forward to returning to baseball in 1942, and hoping his enforced sabbatical from the game hadn’t harmed his ability to terrorize opposing pitchers. But two days later, when the Japanese attacked Pearl Harbor, it suddenly occurred to Greenberg that his playing days might actually be over. “This doubtless means I am finished with baseball,” he told reporters, announcing that he would enlist in the Army Air Corps instead of waiting to be called back as a reservist.

As John Klima details in “The Game Must Go On,” his rip-roaring chronicle of the national pastime during World War II, America’s entry into the war in late 1941 resulted in baseball’s greatest crisis. How could the game continue when the war would require so many resources, human and otherwise? Would regulation-quality baseballs, gloves and spikes be available, now that rubber, leather and metal were all at a premium? Should something as frivolous as sports even continue while America faced the grim task of fighting Hitler and Mussolini in Europe and Tojo in the South Pacific?

The over-simplified version of the story of baseball and World War II goes something like this: Judge Kenesaw Mountain Landis, baseball’s first commissioner, asks President Franklin Roosevelt for guidance; FDR responds with the now-famous “Green Light” letter of January 1942 that urges baseball to continue to be played during wartime for purposes of keeping morale up; and the game does indeed go on, though the preponderance of 4-F players means it will be played at a sub-standard level until the stars finally come home from the war.

Klima’s book paints a much more complex picture of the period, toggling between the action on the diamond and the action on the battlefield to vividly convey how baseball helped get Americans (at home and abroad) through the war, as well as the uncertainty that the national pastime faced up until the very last days of the conflict: Despite Roosevelt’s 1942 “Green Light” letter, no one was sure at the time if the president’s edict would also apply to the seasons that followed, or if many elite players would ever be able to return to the game. Though the talent drain of the war, along with the interracial ballgames played abroad by U.S. servicemen, would be major factors in the eventual eradication of baseball’s “color line,” few at the time (aside from the astute Branch Rickey) understood how that would play out, either.

“The Game Must Go On” also shines a welcome spotlight on some of the more interesting baseball heroes of the era: players like Pete Gray, the one-armed St. Louis Browns’ outfielder, who became a reluctant hero to returning war veterans; Buddy Lewis, the Washington Senators third baseman who flew over 500 transport missions in the China-Burma-India theater; Army Air Force vet Bert Shepard, the only man to ever pitch in a major league game with an amputated foot; Hal Newhouser, who battled the stigma and self-doubt engendered by his 4-F classification to become the most dominant pitcher of the mid-1940s; and Phil Marchildon, who left the Philadelphia Athletics to serve as a tail gunner in the Royal Canadian Air Force, only to wind up as a German prisoner of war.

Ultimately, though, one of the greatest joys of “The Game Must Go On” is Klima’s portrait of Hank Greenberg. Some bigger stars like Joe DiMaggio and Ted Williams spent the bulk of WWII chiefly in a public relations capacity, playing ball for armed forces teams while encouraging civilians to buy war bonds. But Greenberg, mindful of his standing as the major leagues’ first Jewish superstar, didn’t want to give anyone the impression he was shirking his duty. Besides, like Bob Feller (another star who enlisted as soon as news of Pearl Harbor hit the radio), Greenberg felt he could contribute more to the war effort overseas; he worked with B-29 Superfortress bombers as part of Operation Matterhorn in the China-Burma-India Theater (CBI).

Like many other men of his generation, Hank Greenberg found himself during World War II; unlike far too many of them, Greenberg could come home and pick up more or less where he left off, even hitting a home run on July 1, 1945, his first big league game back in over four years. While other biographers have understandably concentrated on Greenberg’s baseball accomplishments, his personality has too often been dwarfed by his status as a Jewish icon. By focusing on Greenberg’s 47 months of military service — the longest of any player during the war — Klima brings Greenberg the man across in a more fully realized depiction than we’ve ever seen before.

Dan Epstein is the author of “Stars and Strikes: Baseball and America in the Bicentennial Summer of ’76.”