In ‘Alexandrian Summer,’ Their Hearts Belong to Egypt 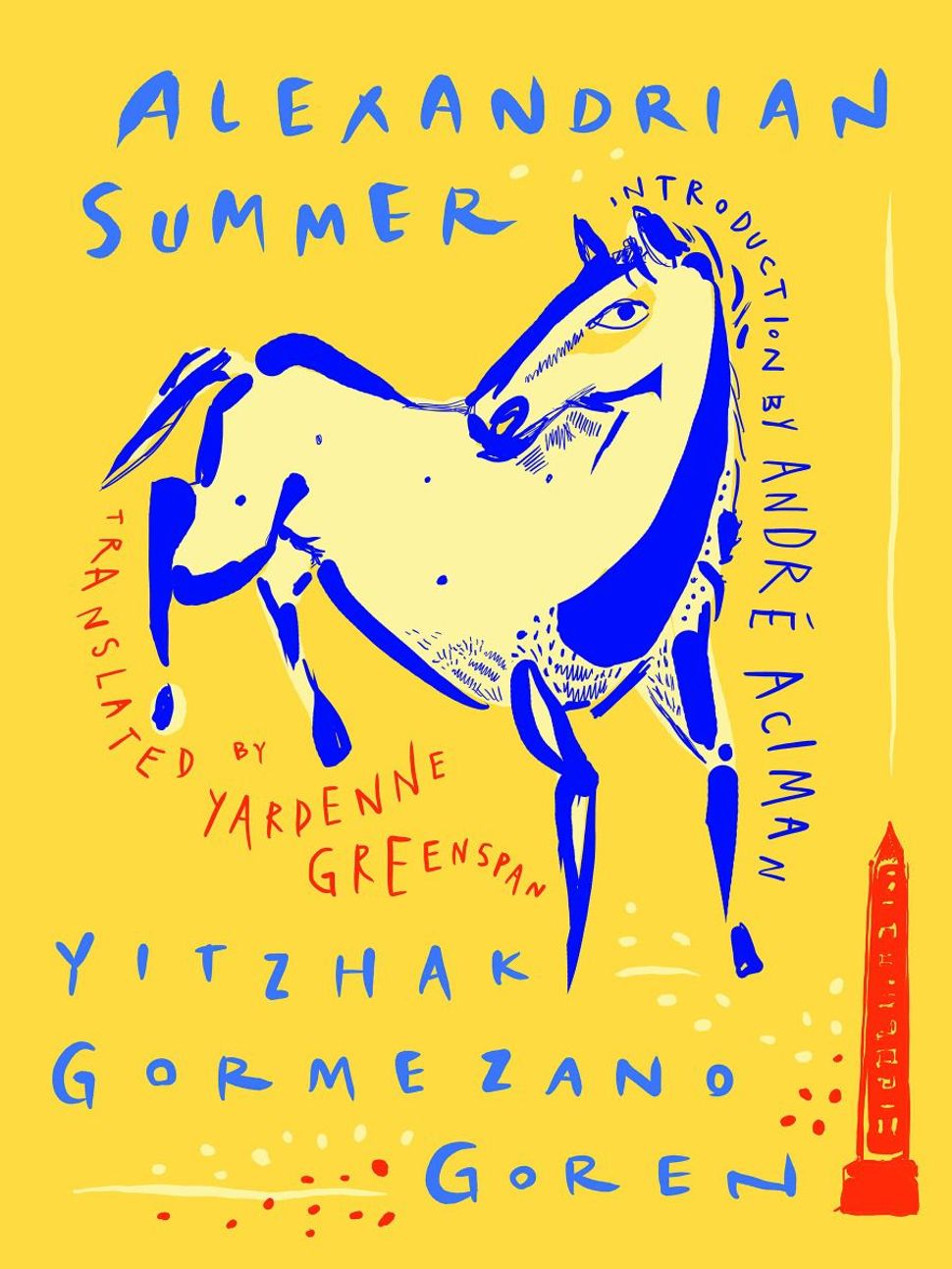 Late in Israeli writer Yitzhak Gormezano Goren’s luminous 1978 novel “Alexandrian Summer,” which has just been published for the first time in English in a fluid translation by Yardenne Greenspan, a tired rabbi watches disapprovingly as a group of Egyptian-Jewish society ladies play cards on the Sabbath. He weakly reproaches them, though he knows that his words will have no sway over their behavior. “When his father, God have mercy on his soul, was the head rabbi of the community,” Goren writes, “people would be ashamed to be seen taking part in sacrilege. Times have changed, and Jews have changed. He was different from his father, too.” And with that, the rabbi closes his eyes in exhaustion and lets go of the impulse to chastise them further.

The moment touches on a number of the central ideas with which “Alexandrian Summer” is concerned. The rabbi’s resignation at the way cultural norms and social expectations change, his wish for a past that can’t be recovered, his recognition that this wish reasserts itself with every generation— it all points to the tension between assimilation and piety that has pulled at the Jewish people for a millennium. It asks the eternally debated question: Does faith or culture define who we are?

Goren, an Egyptian-Jewish novelist and playwright whose family immigrated to Israel in 1951, comes down firmly on the side of culture. The culture he cherishes is not the stereotypical Jewish culture of bubbes and latkes and Yiddish-inflected jokes about ailing digestive tracts. Neither is it the ascendant Jewish culture of Israel with its promise of a land of our own (though Israel and the challenge it presents to Jewish identity hammers persistently at the edges of the story). Rather, Goren longs for the chaotic polyglot Egypt of his youth, “the Alexandria of the days of King Farouk… which has been feeding [his] imagination for over twenty years.” With its mix of Arab and Greek and Turkish and Coptic influences, it’s Sephardic Jews who, in 1951, when the story is set, felt every bit as entitled (and sometimes more entitled) to the decadent Mediterranean leisure the city offered as anyone else who called it home. 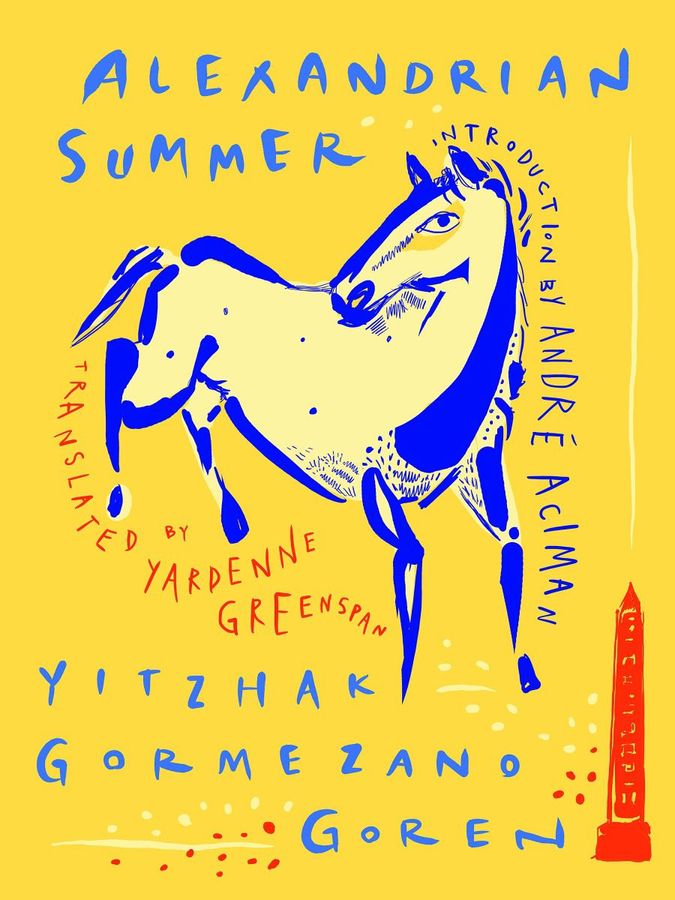 One of the great triumphs of “Alexandrian Summer” is the richness of its evocation of this city and the multiple cultures pressed together within it. We meet characters from every aspect of society: those women playing cards on the Sabbath while gossiping about their children’s chances of landing good Jewish wives; belly dancers who taunt and tease and sell their bodies to the men at the seaside clubs; British diplomats paternalistically celebrating the Orientalism of the place; a skinny little Italian kid whose job it is to light the gas lamps each night and “[doesn’t] even get off his bike, but instead pedal[s] his way from lamp to lamp, naively believing that at the same time God [is] riding his heavenly bike in much the same fashion, lighting the stars in the sky.” However saturated the story is with sociological and historical facts about Alexandria, what drives the action is Goren’s adoration and longing for this lost place and the freedoms it afforded the people living within it. After a brief evocation of memory in which Goren, as author, imagines himself walking up to his old home, knocking on the door and asking the Arab servant who answers if his former self is home, the story takes the form of slowly accumulating memory.

At first the book presents itself as a Jewish-Egyptian response to the Mediterranean summer idyll genre, so familiar from the films of Eric Rohmer and his imitators in the French art cinema of the 1970s and ’80s. Each short chapter evokes a moment from the lives of the two families sharing the house: the author’s own and the glamorous, cosmopolitan Hamdi-Ali’s, there for the summer so that their eldest son, the glamorous jockey David, can compete in the annual horse races around which much of Alexandria’s excitement swirls. Characters rise into focus and then recede. A sultry eroticism pervades. We watch as Goren’s younger self, now called Robby, and Victor Hamdi-Ali, the aggressive, neglected second son of the family, explore their pubescent sexuality together. We watch David pursue Robby’s petulant sister Anabella, and we watch Anabella alternately tease and rebuke him. Each character is given a brief, loving portrait.

For all his love for these characters, Goren doesn’t flinch at the hypocrisies that a more defensive writer would gloss over: the way that, even though they’re treated as not quite equal to the other cultures in the city, they believe themselves to be better than the rest; the casually racist attitudes they have toward Arabs. In fact, his skepticism of these attitudes is at the heart of the book. As the story builds, and David triumphs in a race against the legendary Bedouin jockey Ahmed Al-Tal’ooni, a central metaphor begins to take shape. David, the prince of the Hamdi-Ali clan, has been chosen to represent the hopes of all the Jews of Egypt. If he can keep winning against this Goliath, he will be king. It’s a classic story of Jewish ascendancy, ironically inverted by the historical fact that in Egypt at this time, the Jews had already lost — they just didn’t know it yet. When, inevitably, David (who, in this iteration, doesn’t have the drive to carry the hopes of his people on his shoulders) begins to falter, the story starts to center on his father, Joseph, and Goren’s true vision comes into focus. Joseph’s real name is Yusef. He was raised in Turkey and, though he keeps this secret, born Muslim. He converted to Judaism to please his wife, about whom he says, “You are my family, you are my tradition, you are my homeland.” He represents an alternative to the winner-take-all mythos of David and Goliath — a unity between the Arab and the Jew — and he is the true hero of this story. As goes his fortune, so does Goren’s hope for a pluralistic, cosmopolitan, outward-looking Judaism.

By the time the beleaguered rabbi makes his appearance late in the book, “Alexandrian Summer” comes to embody the cyclical pattern of Jewish experience, the way that in good times, Jews assimilate into the cultures in which they find themselves and in bad they cling to their beleaguered heritage and hope against hope that the mob passes them by. In Alexandria, Egypt, in the summer of 1951, Goren’s characters cling to the former even as events force them to prepare for the latter. They may comprehend that their future is in Israel, but their hearts will remain forever in Egypt.

In ‘Alexandrian Summer,’ Their Hearts Belong to Egypt