The Taxonomy of the Jewish Casket 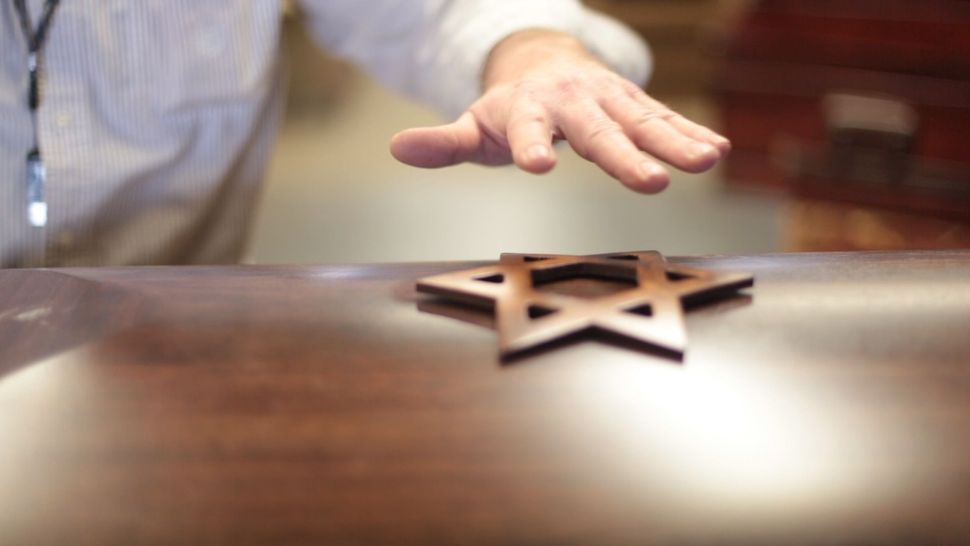 “One of the traditions is that everybody is equal in death, so you would think that all Jewish people would go in a pine box. However, we make a lot of very nice high-end caskets,” explains Lou Tobia Jr., the third generation owner of the New England Casket Company in Boston.

Almost half of his production comprises caskets that are labeled as “Traditional Jewish.”

Tobia Jr. welcomed me to film the manufacturing process. And from a film-making perspective, his factory was heaven. The weeks prior to my visit I read a lot about the history of Jewish burial traditions but that desktop research felt rather abstract. Stepping next to the casket assembly line made my exploration immediately more tangible, more matter of fact. I wondered how many future casket owners were unaware at this very moment that their caskets were being built right then, in front of my eyes.

I was immediately carried away by the details. And when it comes to Jewish caskets, the devil is indeed in the details: According to Jewish law, a casket must be made of wood — it must be completely free of metal. This really complicates the production process, and that’s where metal detectors come in handy. What’s more, every Jewish casket has holes in the bottom so that the earth can come through the wood. With the wood comes the earth, and with the earth comes the ultimate decay of the body.

A lot of Jewish burial traditions, I learned, are designed to help us come to terms with mortality in ways that purposefully avoid consumerism. So why does New England Caskets produce so many beautiful caskets that often cost several thousand dollars? Apparently, there is a market for that.

And as I slowly worked my way from the raw wood cutting machine downstairs to the sewing machine station on the upper floor, I started contemplating the bigger picture questions:

What happened to the plain pine box, that great Jewish symbol for equality in death? Why did it fall out of fashion? When did Jewish funeral homes start emulating their Christian counterparts?

And, most importantly, what if anything does today’s Jewish caskets tell us about Jewish adaption to the death-denying ethos of America?

Hit play and some of the answers will unfold in my film.

The Taxonomy of the Jewish Casket