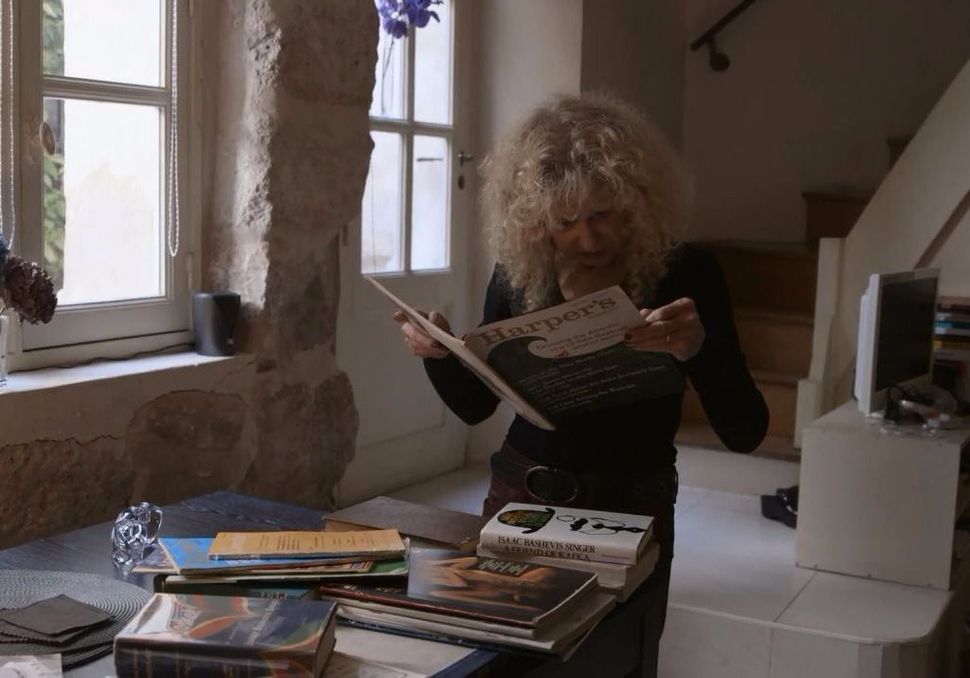 I will always remember Janet Hadda as the petite and tenacious woman who gave the Hebrew University professor Khone Shmeruk a run for his money. Those who knew her from the YIVO building on Fifth Avenue and 86th Street (Dina Abramowicz, Shoshke Erlich, Mikhl Herzog, Bina Weinreich) weren’t at all surprised that she could hold her own among the high and mighty. She did, after all, write her dissertation under Dan Miron and, if I’m not mistaken, was the first Ph.D. that he produced at Columbia. I will never forget the look of wonderment on Shmeruk’s face when he first heard Janet give a lecture on Yankev Glatshteyn, the subject of her dissertation.

And that was just for starters. On the strength of her lecture, Janet was accepted into Prof. Shmeruk’s advanced seminar in Yiddish Studies, the high point of which was her seminar paper on Heine’s influence on Moyshe-Leyb Halpern. This impressed him no end, because Janet’s German was native-born. (In those days, Yiddish-speakers were a dime a dozen, but only one in a million made the switch from German to lowly Jargon!) Shmeruk’s praise was immediate. He urged her to work it up for publication—which, for her own reasons, she never did. But Janet’s seminar paper on Heine and Halpern was nothing compared with the reception she got at the International Yiddish Studies Conference at Oxford, when she delivered her blockbuster lecture on Tevye’s fourth daughter, Shprintse. No one had ever laid Tevye on the couch before, in order to demonstrate that Shprintse’s death wish had essentially come from and through her beloved father. It was as if Janet had exposed Moyshe Rabeynu, the greatest of all our prophets, as an agent provocateur! Poor Tevye has never been the same.

From that groundbreaking lecture would later come Janet’s most original contribution to the field of Yiddish: “Passionate Women, Passive Men: Suicide in Yiddish Literature” (1988). Not only did it overturn the notion that Yiddish culture was essentially God-fearing, sentimental and resilient; and not only did it expose the underlying gender relations in Ashkenazic culture writ large. It was the first work of Yiddish literary scholarship presented in order of pathology. First came the women characters, then the men.

By then, Janet had moved to Los Angeles, assumed an academic position at UCLA teaching Yiddish Literature, earned a second Ph.D. from the Southern California Psychoanalytic Institute, opened a clinical practice “on the side,” married her life partner, Alan Tobin, and become a loving mother to his two sons, and made their home on Masselin Avenue into a source of laughter and light. Is it any wonder that her research turned from endings to beginnings, to the influence of early childhood development on authors and on the characters they create? Her first celebrated subject was “Gimpel the Fool,” whose propensity to suffer she explained in terms of his protracted mourning for his parents. This beautiful essay she called “Gimple the Full,” her submission to the tenth anniversary volume of “Prooftexts” (1990), a journal of Jewish literary history that she had helped to establish. From this would come her full-blown psycho-biography of Isaac Bashevis Singer (1997), which has since been translated into Polish and Hebrew. When last I checked, there were ten dog-eared and heavily marked-up copies of the Hebrew edition in the Mt. Scopus Library at the Hebrew University in Jerusalem.

Janet’s vital and varied legacy lives on, as does her indomitable spirit.

David G. Roskies came of age with Janet Hadda as a student and scholar of Yiddish and Jewish literary studies. Unlike Dr. Hadda, he never received a single compliment for his work from Prof. Khone Shmeruk.