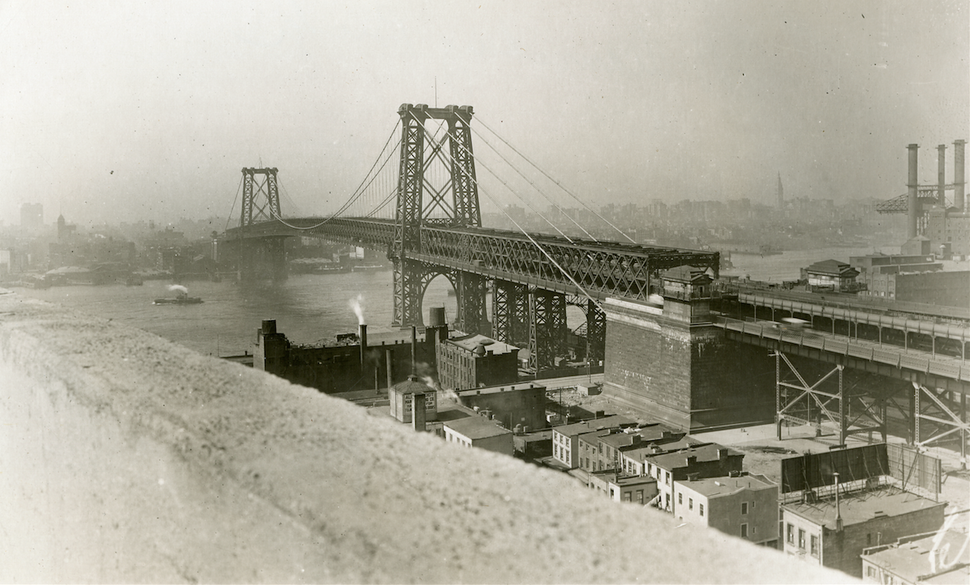 Jewish pimp Louis Rosenberg was sentenced to a 10-year stint in Sing Sing prison after he was busted for selling a 17-year-old girl to another pimp for $25. It turned out, however, that the other pimp was actually a police detective, and the madam involved was a settlement house worker. Rosenberg met 17-year-old Sarah (her family name is being withheld) three months ago in a dance hall. The two began to date, and Rosenberg convinced the girl he was in love with her. After seeing her every night for many weeks, he promised to marry her and she gave herself to him. But he began to threaten to tell everyone she wasn’t a good girl. Then he began to bring in “customers” and forced her to have sex with them. A detective was made aware of the situation and, posing as a fellow pimp, befriended Rosenberg and convinced him to sell him the girl. With that, the detective arrested Rosenberg.

Joseph A. McWilliams, the 39-year-old anti-Semitic hooligan and leader of the Christian Mobilizers, and his aide de camp, 51-year-old James Stewart, were tried in Yorkville, on Manhattan’s Upper East Side, for giving threatening anti-Semitic speeches on 58th Street and First Avenue just a few days ago. McWilliams, a former Communist, is now a member of the Nazi Party and is running for a seat in the 18th Congressional District. The main witness against McWilliams and his crony is Officer Edward O’Leary, who studiously took notes on the former’s speech. During the speech, McWilliams demanded that the United States institute the same racial laws that rule Germany because “Jews have taken over America.” Jews who protested at the meeting were called “kikes” and “sheenys” and told to show their “big noses.”

German leaders are in fear of a new wave of neo-Nazi attacks on Jewish and other targets throughout the country. Just a few weeks ago, monuments in the Jewish cemetery of Bamberg were graffitied with the words “Heil Hitler” and “Death to the Jews.” Other cities have seen similar graffiti crop up as well. German leaders fear that such vandalism will damage the spirit of the “New Germany.” More than politics or an attempt to make a good impression, the German people seem to want to do what they can to show their friendship to the Jewish people, and are deeply sorry for what they did. That, at least, is the attitude portrayed in the press by American journalists who have visited the country. They say that Germans greatly fear this new wave of anti-Semitic attacks and wish to put a stop to them.