My Hunt for the Big Jew of the Cumberland Gap

On my second day in Eastern Kentucky, I ate an Arby’s roast beef sandwich that tasted like a wet brown paper towel. That was lunch on the trail of the long-dead nightclub owner they called the Big Jew.

The Big Jew used to have a dancehall near the Cumberland Gap, with slot machines and liquor and a manager with a revolver hidden inside her suit. The Big Jew’s dad was called the Old Colonel, who sounds like a character from a Bob Dylan ballad: He wore a diamond stick pin and had a cousin named Jack Zuta, a Chicago pimp who some Illinois do-gooders named Public Enemy No. 8 in 1930. (Al Capone, who may have had Zuta killed, was No. 1.) The Old Colonel was mayor of Middlesboro, Kentucky, in the 1930s, but he got indicted for corruption and only served a single term. 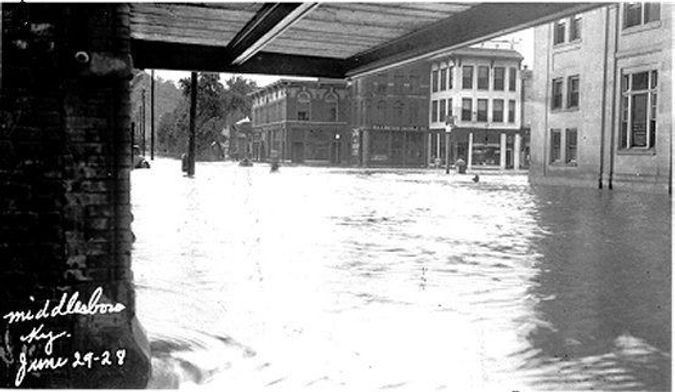 I was in the area for a story, published Monday in the Forward, about Jews and slaves and dynamite and other stuff. In point of fact, I hadn’t actually heard of the Big Jew when I had the Arby’s sandwich, but I saw his name in Ann Dudley Matheny’s files just after lunch, and I knew I had a new lodestar.

Read: Which Side Were We On in Kentucky Mine Wars, Segregation and Slavery?

Matheny is the great expert on Middlesboro. She’s interviewed the old-timers and their descendants, and has the town’s stories sketched out in handwritten notes and typed transcripts, and in her book, called “The Magic City.” She has a house up on a hill over town, and a dog who didn’t like me much.

Middlesboro is, from any angle, an absurdity: an oversized city at the bottom of a crater out in the middle of the Kentucky coalfields. The British investors who planned Middlesboro in the 1880s imagined it would be a regional center for the extraction of timber, iron and coal, so they built a golf course and a country club and, right through the center of town, a four-lane drag called Cumberland Avenue with sidewalks wide enough to accommodate the crowd at Times Square at rush hour. 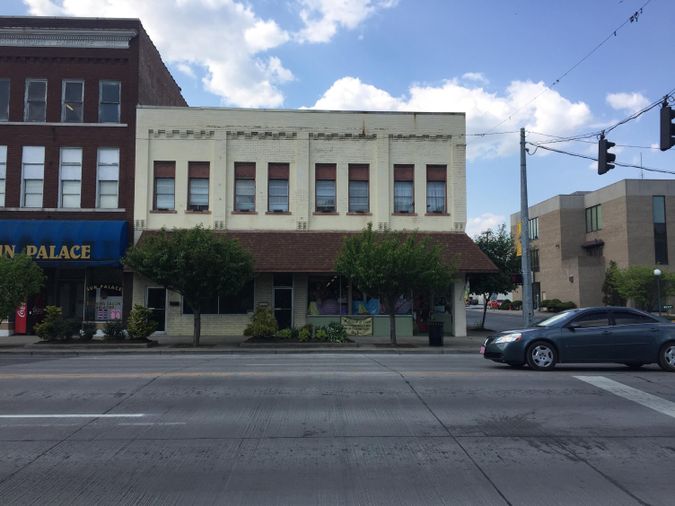 The storefront on Cumberland Avenue where the Old Colonel once had his grill, and Louis Sturm had his general store. Image by Josh Nathan-Kazis

It’s been pretty ghostly there for more than a century. The investors went bust not long after Middlesboro got built, and the town’s been off-kilter ever since. By the 1920s it had found a temporary niche as a regional capital of vice, where the miners came to drink and whore and gamble between shifts. The town’s Jewish families were fully integrated into the gray economy, and even those whose businesses didn’t rely on drink or slots or women were tolerant of their sketchier brethren. When Jack Zuta’s body was returned to Middlesboro and no rabbi was willing to conduct the gangster’s burial, a retailer named Louis Sturm agreed to step in. His son Mel, now 91, remembers watching the ceremony through the grown men’s legs.

Matheny had a list of about 40 Jewish families that lived in Middlesboro at one time or another. There don’t seem to be any left now. She pulled vignettes from her files: about Big Dog Jacobs, a restauranteur and bootlegger who would let the cops eat at his place for free. About Harry Goodfriend, who sold shoes and liked to play the slots. About Zuta, who used to visit town on the High Holidays in a big black car loaded with gifts for his cousins.

And, of course, about Colonel Ike Ginsburg and his son, Jimmy the Big Jew. Ike Ginsburg was elected mayor in 1933; Jimmy’s political involvement included a near-fistfight with a local reverend after the county banned alcohol sales in 1955, according to Deborah R. Weiner’s book, “Coalfield Jews” (University of Illinois Press, 2006). One of Matheny’s notes cites a friend of Jimmy’s recalling trips up to Chicago in the 1940s, where the Big Jew would “pick out a number of girls in the chorus line and send each [a] $100 bill and a key to his room.” 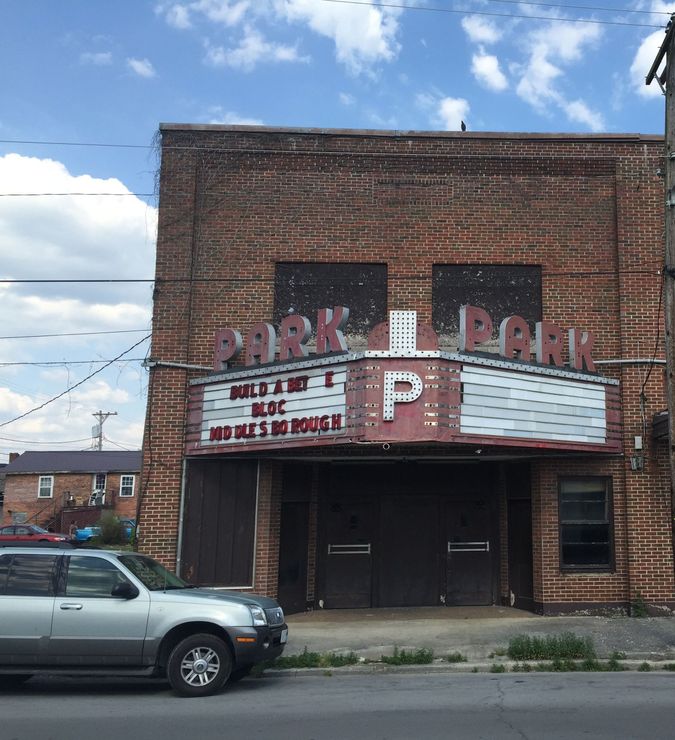 For other Middlesboro Jews, circumstances conspired to make life a bit less rollicking. Flooding is a general problem around here, and some nearby towns have taken drastic measures: Pineville, just north of Middlesboro, built a tremendous concrete wall that rings the town, with massive sliding metal doors where the roads enter and exit. It looks like a fortress, and would do well under a zombie attack. Middlesboro has no such defenses today, and certainly didn’t in 1929, when Louis Sturm’s general store got washed away.

“As the water rose, it just floated the tables and turned them over,” Mel Sturm told me. “Everything was ruined.”

In 1948, Colonel Ike opened a restaurant called Colonel’s Grill in the building that had once belonged to Louis Sturm. Today, there’s an over-perfumed gift shop called A Touch of Class in the storefront. The biggest business on Cumberland Avenue is now a huge pawn shop with a robust selection of guns and guitars and video games. Most of the action in town is on the highway that runs down 12th Street, with national chains lining both sides of the road — a Dairy Queen, a Holiday Inn, a Cracker Barrel, a Wendy’s, a KFC.

It’s like that all over Eastern Kentucky. Driving from point to point can be depressing: Each town is marked by a strip mall cluttered with the same chains; the main streets are just rows of empty windows. But for the tight-packed hills, you could be in Ohio, or upstate New York.

Around dinnertime in Middlesboro, I found a solitary cafe on Cumberland called Shades of Brown that seemed like it had wandered in from Park Slope and gotten lost. Despite the cafe’s name, which recalled an awkward conversation with a gastroenterologist, the Greek salad and veggie panini were good. Still, what I really wanted was a steak at Colonel’s Grill, a cocktail at the Big Jew’s place and a quarter-hour at the slot machine with Harry Goodfriend.

“This place was wide open during the ’30s and ’40s,” Mathenhy had told me. Eating ice cream at the Dairy Queen on 12th Street, I felt like I’d made it to Middlesboro about 80 years too late.

Josh Nathan-Kazis is a staff writer at the Forward. You can reach him at [email protected] or on Twitter @joshnathankazis

My Hunt for the Big Jew of the Cumberland Gap