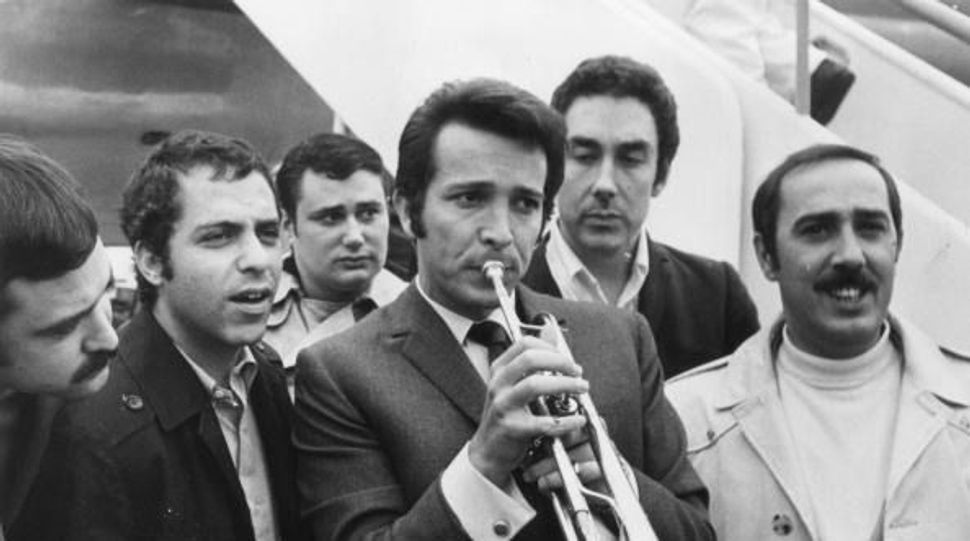 It’s a long way to the top if you want to rock ’n’ roll, as some wise man once said; and even once you get there, you may be waiting awhile for the promised rewards to start rolling in.

While there’s a long tradition of criticizing musicians for “selling out” when they release music with commercial intent, there’s an equally long tradition of musicians making an extra crust by allowing their music to be used in actual commercials — and sometimes, in retrospect, said commercials can turn out to be an interesting (or at least amusing) part of their legacy.

Here, then, are a dozen notable radio and TV advertisements — along with an additional one that never saw airtime — from some of pop music’s most famous Jewish practitioners.

TJB fans know the tune as “Mexican Shuffle,” a peppy Sol Lake-penned number from the 1964 “South of the Border” album. But to anyone who grew up watching TV in the ’60s, it will forever be the “Teaberry Shuffle” — the accompaniment to the giddy dance move that apparently results from popping a fresh stick of Clark’s Teaberry gum into your mouth. Though initially reluctant when asked to rerecord his song for the Teaberry commercial, Alpert eventually relented, and found that the TV spot did as much or more to popularize his “Ameriachi” sound as it did to spur the sales of the wintergreen-flavored confection.

Jay and the Americans, a predominantly Jewish group out of New York City, had several Top 20 hits in the ’60s, including “Come a Little Bit Closer” and “Let’s Lock the Door (And Throw Away the Key).” But their greatest contribution to pop culture was arguably this propulsive 45-second radio spot for H.I.S. Slacks, in which Jay Black and an unidentified guy with a thick Noo Yawk accent discuss the trim fit of Black’s trousers while — thanks to the magic of recording technology — Black sings an operatic scale in the background. 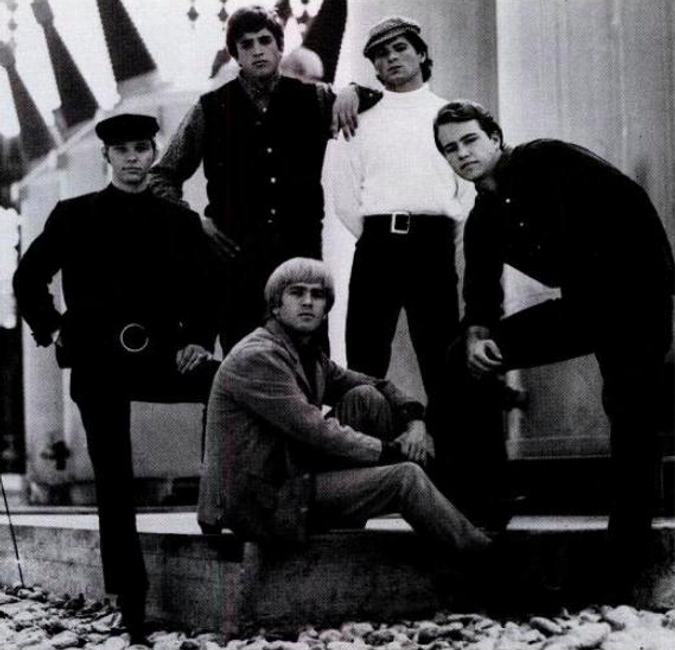 A far better psychedelic band than their gimmicky name suggested, L.A.’s Electric Prunes followed up their 1966 hits “I Had Too Much To Dream (Last Night)” and “Get Me to the World on Time” with a priceless radio spot for the Vox Wah-Wah pedal, the first mass-marketed guitar effects pedal of its kind. At the announcer’s prompting, the band’s guitarists demonstrate the pedal’s various virtues (“You can make your guitar sound like a sitar!”); but the bassist, Mark Tulin — the Prunes’ token Jew — keeps it all together with a steady groove.

The Jewish Elvis cut two jingles for Coca-Cola in 1967, but this is my favorite: a slow-building three-chord meditation similar to his late-’66 hit “I Got the Feelin’ (Oh No No).” It positions Coke as the soft drink of choice for brooding loners who’ve opted out of the rat race. 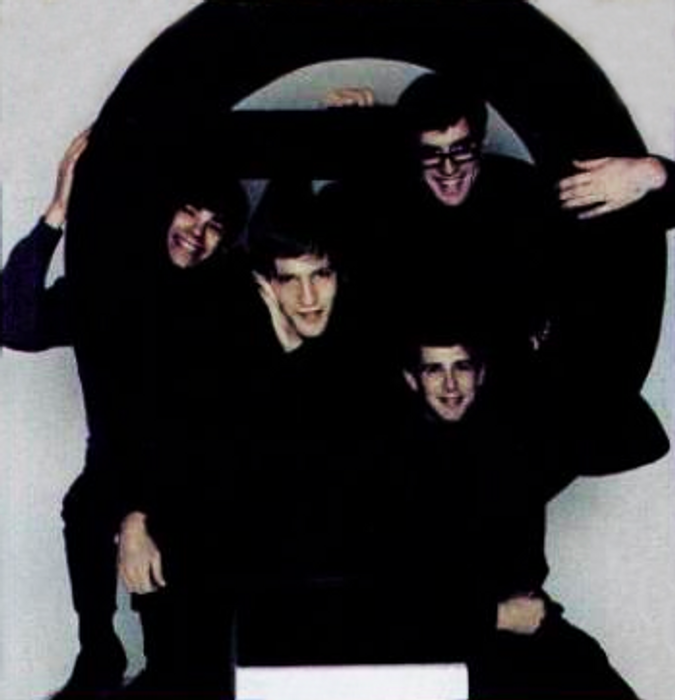 Best known for their 1966 hits “Red Rubber Ball” (penned by Paul Simon) and “Turn Down Day,” New York pop-rockers The Cyrkle — who included two Jewish members: singer-guitarist Don Dannemann and keyboardist Marty Fried — cut a promotional single for the Chevy Camaro in 1967, and a harmonious radio spot for 7 UP a year later. Not surprisingly, Dannemann and his fellow Cyrkle singer-guitarist Tom Dawes became successful jingle writers after the hits dried up and the band called it quits.

One of the most underrated pop bands of the ’60s, the Turtles — led by Howard Kaylan and Mark Volman, a pair of ebullient Jewish kids from the west side of Los Angeles — hit their commercial stride in 1967 with the chart-topping “Happy Together” and its nearly-as-massive follow up, “She’d Rather Be With Me.” The Turtles’ Pepsi TV spot from the same year made excellent use of the singers’ patented sunshine-drenched harmonies and was nearly as smile inducing as anything else they released that year 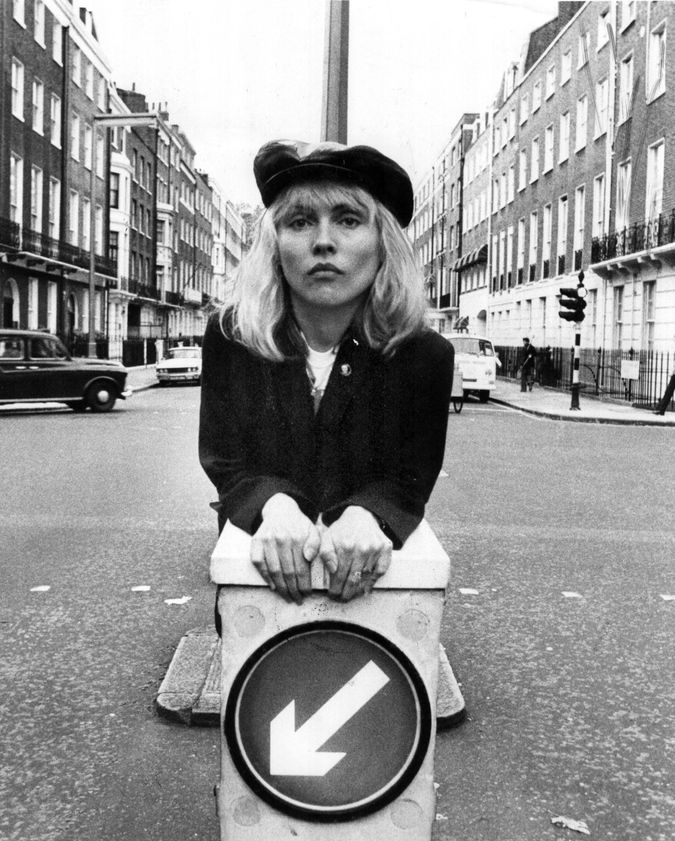 Though Debbie Harry was obviously a major part of the appeal for those who bought Blondie records in the late ’70s and early ’80s, her Jewish boyfriend and songwriting partner, Chris Stein, provided much of the band’s musical direction. Despite massive hits like “Heart of Glass” and “Call Me,” Stein would later recall that they made far more money off Harry’s ads for Murjani’s Gloria Vanderbilt jeans lines — for which Stein wrote the edgy, jazz-inflected music — than for any of their records.

A Top 20 hit for Simon in late 1971, “Anticipation” came back strong in the latter half of the decade when Heinz Ketchup picked it up for a long-running TV ad campaign. Many children of the ’70s still can’t hear the song without getting hungry for a hamburger. 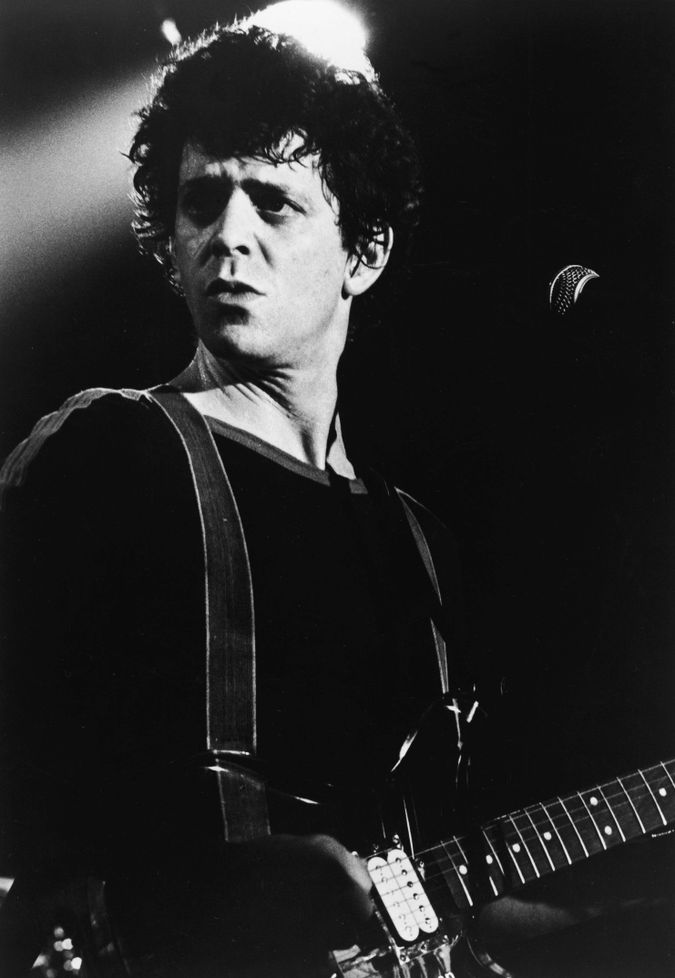 Though Lou Reed’s TV commercial for Honda — featuring portions of his 1972 hit, “Walk on the Wild Side” — triggered accusations of “selling out” from some of his loyal fans, in retrospect it’s hard to begrudge the man for taking the cash. Plus, more than 30 years down the road, with Reed’s beloved Manhattan now almost completely transformed into a playground for the rich and boring, the clip now seems like an appealing time capsule from the Big Apple’s last truly wild and sleazy era.

Long before he became “the housewives’ choice,” thanks to such smooth ‘70s smashes as “Mandy,” “Looks Like We Made It” and “Copacabana,” Barry Manilow enjoyed a fair amount of success as a jingle writer and singer. A staple of his live shows since the mid-’70s, Manilow’s humorous “A Very Strange Medley” (or “V.S.M.” for short) combines snippets of many of the best-known jingles that he had something to do with — including ones for KFC, State Farm and McDonald’s.

If Lou Reed’s Honda spot provoked some backlash, it was nothing compared with the howls of hair-tearing outrage that emanated from Bob Dylan’s fan base 20 years later, when the Mighty Zim popped up in a Victoria’s Secret ad. Here was the leading poet of his generation, creeping around a Venetian palazzo and ostensibly ogling Adriana Lima (though you never actually see them together) to the tune of his song “Love Sick” — though “The Times They Are a-Changin’” might have been more to the point.

Back in 2000, a year after he starred in a Toronto stage production of “The Phantom of the Opera,” Kiss frontman Paul Stanley branched out even further by starring in (and writing the music for) a commercial for Folgers coffee. The ad never aired at the time, probably because the focus groups that saw it were utterly mystified by its quasi-Cirque du Soleil staging and by the flamboyant “Presto!” motion Stanley makes before vanishing into the ether. But the ad finally leaked last December, giving KISS fans everywhere an early Christmas present. “This is your wake-up call,” indeed!

Dan Epstein is the author of “Stars and Strikes: Baseball and America in the Bicentennial Summer of ‘76.”