How Jews Parted With Possessions Before Craigslist 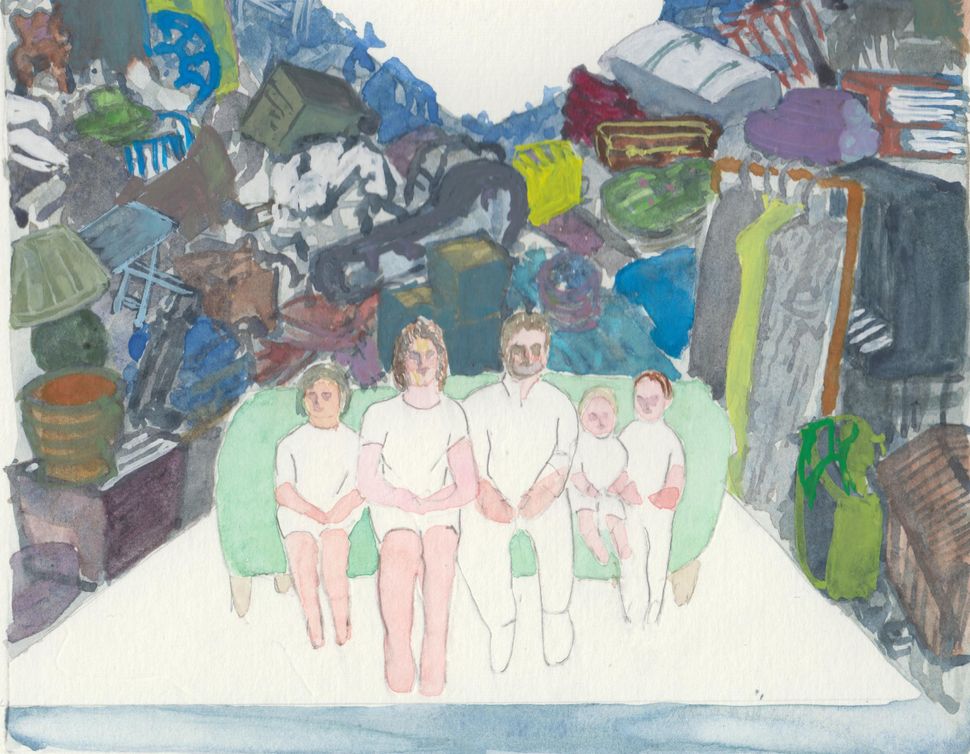 Got stuff? If you’re anything like me, your closets bulge with clothes you’ve haven’t worn in years, your kitchen shelves are crowded with useless gadgets and the furniture in your living room is so worn out that it gives new – and literal – meaning to thread count. I’d say it’s time to de-clutter and reorganize, to throw things out, give them away or put them up for sale.

On second thought, good luck with that. You would think that between eBay and Craig’slist, auction houses, estate sales and professional liquidators (a designation that makes me shudder), you’d be able to get rid of household goods in a flash. But that ain’t so; competition is stiff. At any given moment, thousands of people from coast to coast, and in between, are hoping to unload their possessions on one other. Warehouses, both virtual and real, are filled to the rafters with other people’s things.

It’s gotten to the point where I can’t help wondering whether we’d be better off by looking to the past rather than the internet for advice and asking: What did our parents and grandparents do with their furnishings, short of passing them on? How did earlier generations of American Jews dispose of unwanted possessions?

Chances are they turned to the neighborhood thrift shop (another curious locution, more admonition than advertisement: Be thrifty!). A charitable venture often run by Jewish women’s organizations such as Hadassah or the synagogue sisterhood, it took all kinds of things off one’s hands and resold them to someone else, but not before reserving the right to reject them if they didn’t quite pass muster.

The local pawnshop was another option. A shadier proposition than the thrift shop but much more welcoming, less judgmental, it had long been a staple of the informal domestic economy. When credit was hard to come by, the pawnshop lived up to its reputation as the “poor man’s bank” by providing cash for personal property. Storing stuff was another one of its selling points. You need only consult Berenice Abbott’s celebrated 1938 photograph of Rothman’s Pawn Shop to see how the sign that takes up much of the picture plane advertised “storage,” right up there up with “loans” and “bargains.”

Contacting the wandering old ‘clo dealer, oftentimes a coreligionist, perhaps even a fellow immigrant, was another persistently popular practice. In 1950, Commentary magazine profiled one such peripatetic merchant, whose comings and goings through the Bronx, the Upper West Side of Manhattan and Queens made for good copy. For over thirty-five years, in rain or shine but not on Shabbes, Henry Getoff plied his trade. “In the neighborhoods, housewives know him,” the magazine reported. Upon hearing him cry, “Buy cash! Buy!” they lean out the window and, to signal an impending transaction, call out, “Hey, mister!”

Although he lacked a fixed address and other accoutrements of the shopkeeper, Mr. Getoff prided himself on his professionalism. “I buy from the people in a nice way,” he told his interviewer. “I always try to satisfy them, and if they forget something in the pocket, I return it. In business, big or small, you have to be honest.”

The proverbial man in the middle, tradespeople like Getoff stood between the consumer and her castoffs, ensuring the latter would find a home among secondhand dealers. But there was nothing to stop those in the throes of spring-cleaning from going directly to these businessmen, their arms piled high with discarded suits, hats, dresses and handbags. Many did, making the secondhand store—or, what we today prefer to think of as the “vintage” clothing shop – a mutual success. The consumer would come away with a few dollars in her pocket; the store would come away with something to sell.

Still, a goodly number of its customers might have been surprised to learn that their once-prized belongings were often headed overseas. In his gloriously detailed new book, “The Rag Race,” historian Adam Mendelsohn shows how traffic in secondhand goods was an exercise in globalization long before that word made the headlines, let alone entered the curriculum. Once you sealed the deal, you would never know whether the bar mitzvah suit you consigned would remain intact, or if the pants would be headed down south and the jacket bound for South America.

Perhaps it’s just as well. Were we to stop and consider the fate of our former possessions, we would never part with a single thing.

How Jews Parted With Possessions Before Craigslist