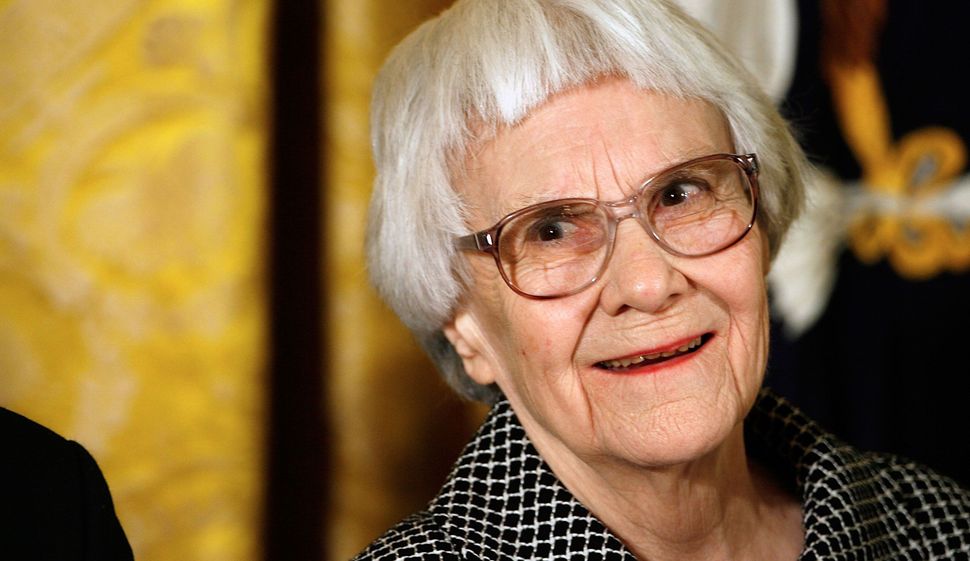 Harper Lee passed away on February 19, at the age of 89. Alexandra Levine remembers the author’s Jewish lessons.

“To Kill a Mockingbird” was published in 1960, and this week, 55 years later, the sequel comes out: “Go Set a Watchman.”

The title is a biblical reference to Isaiah 21:6 — “For thus hath the Lord said unto me / Go set a watchman / Let him declare what he seeth” — foretelling the fall of Babylon, according to The Huntsville Times in Alabama. Babylon may be a symbol for the American South, and the “watchman” is presumably Atticus Finch, Scout’s father, an acclaimed lawyer who can help the South recover from its racial injustices and backwards ways.

In anticipation of the sequel, I went back and reread “Mockingbird” cover-to-cover to jog my memory. I could hardly remember reading it the first time around in sixth grade English class; I was so focused on annotating the damn thing that I missed half the metaphors and irony. I’m not sure I even knew what “metaphor” meant, and I only sort of understood “irony” because I grew up in the Nineties listening to Alanis Morissette.

This time around, I kept trying to trace parallels between my 25-year-old self and the six-year-old female protagonist, Scout. Alex and Scout are both gender-neutral names. She and I both ask inappropriate questions. We both love our big brothers and our dads. But she has a Dill and I don’t: Dill is the neighborhood rugrat who Scout calls her “permanent fiancée” after they met at the ripe age of seven. (“Scout, let’s get us a baby,” Dill says.) Meanwhile, I was an unusually late bloomer — head gear, palate expander, rolly-polly Kipling backpack, the whole works — and there was definitely no guy telling me before I hit puberty that he wanted to marry me and would love me forever.

I tried forging parallels between Atticus, the male protagonist, and pretty much any smart guy I know. Atticus is Scout’s dad, and to readers, he’s more or less Dad of the Year. Man of the hour, outstanding citizen and top lawyer in town, too. Let’s see. Atticus and my Dad? Nope; my Dad’s an eye surgeon, not king of the courtroom. Atticus and my Rabbi — actually, I barely know my Rabbi. Atticus and any guy I’ve ever dated? Nah, he’s far too wise, far too kind.

But there was something Jewish about the novel that clicked, a poignant scene that I didn’t remember reading the first time around. Near the end of the book, set in the 1930s, some second graders in Scout’s class are talking Current Events. One peer and troublemaker, Cecil Jacobs, presents on Hitler:

I was stunned. When I first picked up “Mockingbird” as an 11-year-old, I read it with the same naiveté with which Scout narrates. At the time, I didn’t fully understand racism, nor did I realize its prevalence in my immediate surroundings. I hadn’t yet taken five courses on the Civil Rights movement, and I had never visited the American South, yet I had learned about the Holocaust many, many times. So the parallel that Lee so obviously draws between Jews and blacks in the scene, and between one supremacist and another, went right over my head. See how crazy it is that people like Hitler are persecuting the Jews for no good reason? It’s also crazy that white people are persecuting their black neighbors for no good reason. In a democracy.

The themes explored in “Mockingbird” still feel pertinent today. The novel looks at ever-present tensions between rich and poor, men and women, and most prominently, black and white. At the story’s climax, an innocent black man named Tom Robinson is shot seventeen times by a white officer. The schoolteacher willingly lectures about hate crimes abroad, but she turns a blind eye to the hate crimes in their very own town, Maycomb, Alabama.

Harper Lee’s audience in 1960 may have been different from her audience in 2001, when I first read “Mockingbird” as a sixth grader with cooties and neon green rubber bands around my braces. Which is different from today’s audience, too. But if much of her message from the Sixties is still applicable more than half a century later, there are certain to be some much-needed lessons we can pull from “Go Set a Watchman” in 2015. And if anybody knows of an Atticus Finch who can help us turn our upside down society right side up, please shoot me an email or text.