Dog Saves Family From Robbers on the Lower East Side 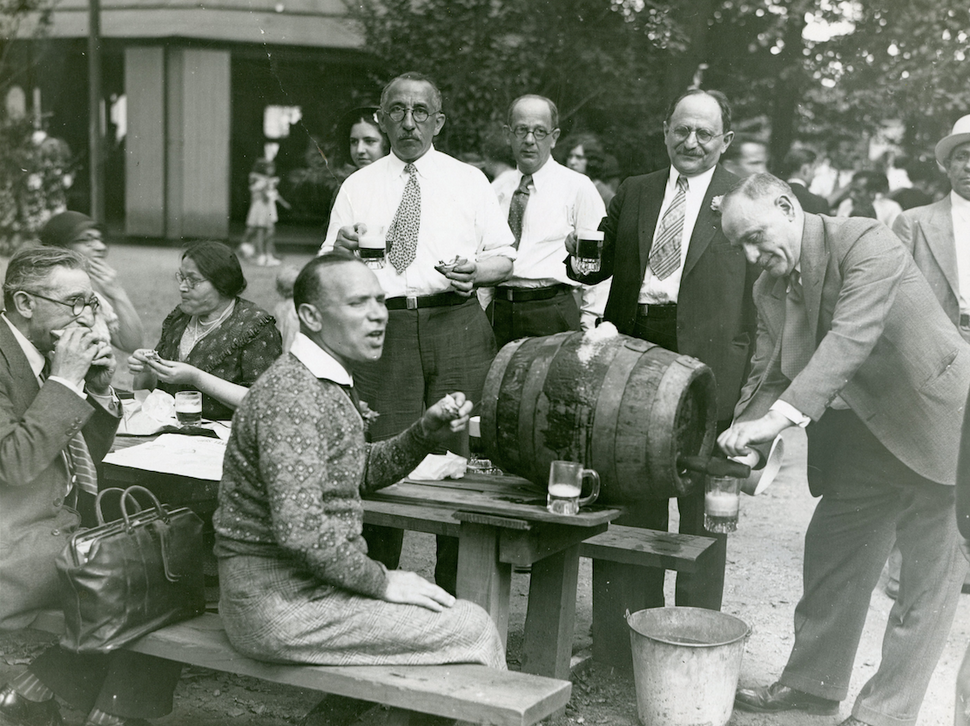 Magistrate McQuaid of the Tombs court paid high praise to Prince, a dog that caught a thief on Madison Street on Manhattan’s Lower East Side. Prince belongs to the Rosenstein family, who were nearly the victims of a robbery. The Rosensteins’ 16-year-old son, Jacob, had just returned home from walking the dog, when he saw that his sister, Rebecca, had been beaten up and that a thief was going through the family’s belongings. Jacob let Prince off his leash, and the dog did his job: He jumped on the thief and held him down until the police arrived. The thief turned out to be one Yisroel Feinstein, a 32-year-old resident of 178 Second Avenue. He has been held under a $500 bond. As the judge complimented Prince on his heroics, the dog sat there with his tongue hanging out and wagging his tail with pride.

In Budapest, prominent Hungarian Jewish industrialist and war veteran Laszlo Gosztony committed suicide in protest of the institution of anti-Jewish legislation. Gosztony, 52. was the director of one of the largest coal mining concerns in Hungary. Before killing himself, he sent a letter to his friends, among whom were many high-ranking army officers, government officials and newspaper editors. “For the first time in my life,” Gosztony wrote, “my value as a human being has been degraded.” When his body was found, he was wearing all the medals and awards he had received, including those for bravery and service to the Hungarian army. Some are saying that the final straw for Gosztony was when he was recently mobilized; it was as a simple soldier and not an officer, as he’d been in the last war.

It is being claimed in diplomatic circles that the German missile expert Wolfgang Piltz has quit his work in Egypt and has secretly returned to West Germany. Three other German weapons experts, among them Hans Goerke, Hans Kleinwachter and Walter Schuron, are known to have already left the country as well. The alleged reason is that these German scientists feared attacks by Israeli agents. Piltz, who collaborated with Wernher von Braun during the war to develop the V-1 rocket, initially worked for the French on their rocket program after the war. Piltz worked on Egyptian missile projects since 1960, but it is said that his team was not able to build a significant number of rockets, or at least not enough to threaten Israel. Meanwhile, his former boss, von Braun, is currently employed in the United States by the National Space Agency.

Dog Saves Family From Robbers on the Lower East Side