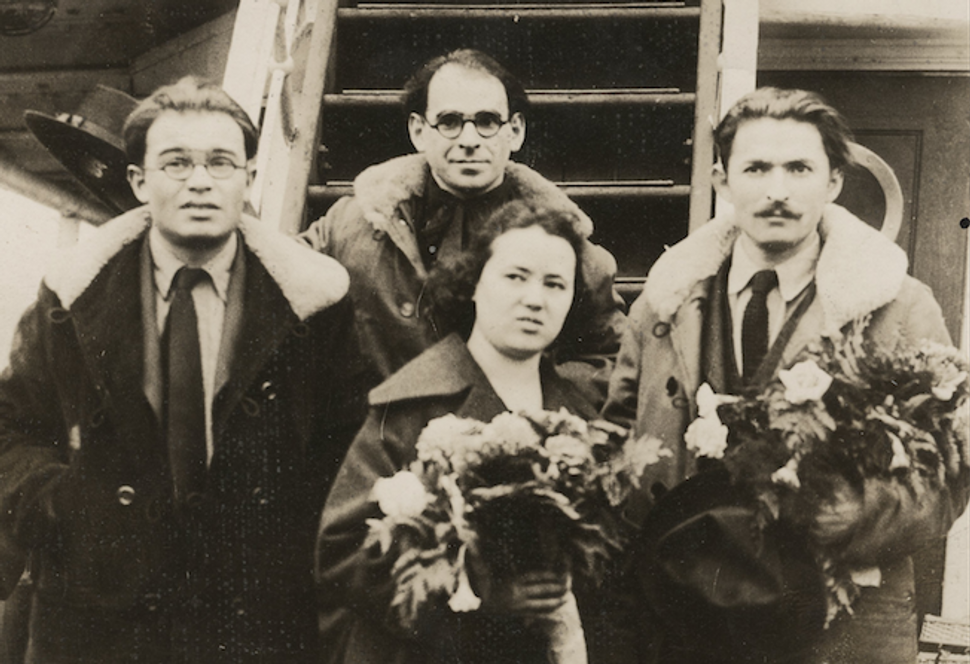 Leo Frank, who just began to serve a life sentence in the large prison in Millersville, Georgia, for the murder of Mary Phagan, a girl who worked in the pencil factory he managed, is in critical condition after another inmate tried to slash his throat. In the middle of the night, two-time murderer William Green attacked Frank, who although grievously wounded, is said to be fully conscious. It was 11 p.m. when the attack occurred. The 100 inmates in Frank’s section were in their beds when Green jumped out of his and attacked the Jewish prisoner with a butcher’s knife. Green might have succeeded in slashing Frank a second time, but other prisoners pulled him away after hearing the scuffle. Blood spurted from Frank’s neck, and he surely would have died had it not been for the fact that there was a doctor among the prisoners, who saved his life by wrapping his wound and stanching the blood.

A new weekly newspaper has begun appearing on the streets of Montevideo, Uruguay, and it is full of anti-Semitic threats against the country’s small Jewish community. Apparently funded by local Nazis, the editors seem to have had a difficult time finding a printer that would print their trashy newspaper. Uruguayans are a mostly Christian, democratic and liberal population and avoid racism. The Jewish community was therefore shocked to discover that this hateful paper found a way into print and they wondered how it happened. It turned out that those who helped the Nazi paper get into print were none other than Jewish communists who claimed that they made a deal with the fascists to print only the parts of the paper that weren’t anti-Semitic. A rally was then held, at which it was declared that the Jewish community would be breaking all ties with the Yiddish communist paper.

Jewish leaders who are currently in Strasbourg, France, for a meeting of the World Jewish Congress, have met with Soviet diplomats in an attempt to obtain religious rights for the Jews of the Soviet Union. Although, according to Jewish leaders, no agreement was reached, they were nonetheless encouraged by the fact that the Soviets were at least willing to discuss the issues. The head of the WJC, Nahum Goldmann, said that Soviet leaders at least have a better understanding of the Jewish position than they had previously. Among the items discussed with the Soviets was the possibility of creating a central representative body that would handle Jewish issues within the USSR. No official Jewish organization has been permitted there since the Jewish Anti-Fascist Committee was disbanded in the 1940s.