How the Archive Thief Saved History — Then Stole It 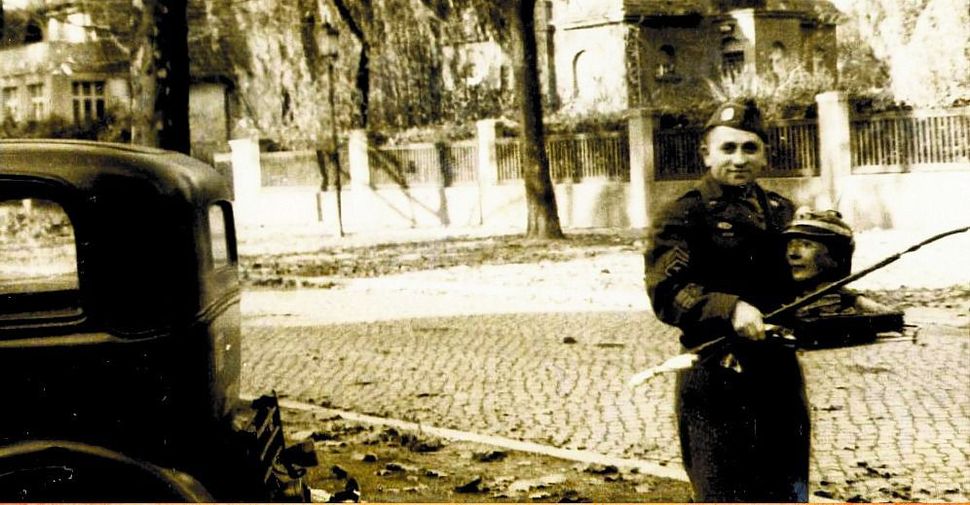 The Archive Thief: The Man Who Salvaged French Jewish History in the Wake of the Holocaust
By Lisa Moses Leff, Oxford University Press, 304 pages, $29.95

Seven decades on, we are still taking stock of the ancillary losses that were part of the Holocaust: the appropriated homes and businesses, the scattered possessions, the purloined artworks and now, in Lisa Moses Leff’s new book, the mangled archives.

“The Archive Thief” is neither an apologia nor a full-blown indictment of the Polish Jewish historian Zosa Szajkowski, whose sticky fingers resulted in a massive transfer of archival material from Europe to the United States and Israel.

Instead, Leff, an associate professor of history at American University, has given us a nuanced, meticulously researched — if somewhat academic and rambling — study that seeks to put Szajkowski’s achievements and his crimes in context. In the process, she raises questions about the postwar handling of Jewish archival materials, the nature of archives themselves — and, most explosively, the culpability of the institutions that for decades enabled, overlooked and benefited from Szajkowski’s thefts.

Szajkowski’s peripatetic existence — and the psychological and financial strains that motivated his thefts — can be blamed, in large part, on the difficult circumstances of European Jews caught up in World War II, the Holocaust and the anti-Semitic currents of the times. But both his talents as a scholar and sleuth and his pathological responses to cultural stressors were distinctive.

Raised in a Yiddish-speaking shtetl, Szajkowski, who was born in 1911, immigrated to Paris in 1927, when he was 16, to join three of his siblings. There he would meet the Ukrainian immigrant intellectuals, Elias and Rebecca Tcherikower, who would become his mentors and surrogate parents. Their involvement with the YIVO Institute for Jewish Research would become crucial for Szajkowski, providing what Leff describes as “a point of entry to a new cultural elite within the transnational Yiddish-speaking diaspora….”

Initially a Communist (he left the party in the late 1930s), Szajkowski worked in a factory and moonlighted as a journalist. In 1936 he wrote and self-published a book on Jewish settlement in France. Lacking even a high school diploma, he never attended college but was able to gain acceptance to a YIVO program that helped guide his subsequent scholarship.

At the start of the war, Szajkowski joined the French Foreign Legion, where Leff says he “faced danger with remarkable courage and a cool head” and sustained a serious wound. Knowing he was at risk of confinement and deportation, he successfully called on his patrons, the Tcherikowers, who had escaped to New York, for help in obtaining emigration documents.

Before he left France, he busied himself collecting French Judaica — an enterprise he viewed as heroic — and researching French Jewish emancipation and assimilation. “Had Szajkowski already begun his criminal career as a dealer in archives, stealing from one archive to sell to another?” Leff asks, adding, “We cannot be sure.”

Similar evidentiary uncertainties dog much of Leff’s study. She follows Szajkowski as he makes his way, in 1941, to New York; collaborates with other YIVO scholars, and enlists in the U.S. Army, serving as a paratrooper and interpreter in Europe.

After the war, Szajkowski was able to return to Paris to reunite with his few surviving relatives, and to collect materials on the wartime experience of Jews in France, which he sent back to YIVO’s New York office. Transferred to Germany, he scavenged Nazi files “from the wrecked remains” of Berlin ministries and illegally shipped them, too, to YIVO — just “a small drop in a large river of books moving swiftly from Germany in the aftermath of the war,” Leff asserts.

Back in New York, Szajkowski got married and obtained a job with a grateful YIVO, which charged him, appropriately enough, with gathering European materials. While his relationship with the organization waxed and waned, he published a series of arcane, detailed and, Leff suggests, underappreciated articles and books on French Jewish life.

That scholarship necessitated periodic research trips to France, where, “once hailed as a book rescuer, [he] became an archive thief,” Leff writes. She adds that it was not so much Szajkowski but “the world around him” that had changed. That seems inexact. Where he once donated work to Jewish collections, now he was stealing in support of his own research and for financial gain; after using the documents, he was selling them, often piecemeal, to individuals and to institutions. including the New York Public Library, Hebrew Union College-Jewish Institute of Religion, the Jewish Theological Seminary and The Central Archives for the History of the Jewish People, in Jerusalem.

Even before he was caught in the act, in Strasbourg in 1961, French archivists suspected the thefts. But Leff says they “chose surveillance over confrontation” and tried, with apparently limited success, to buy back the stolen objects from American archives.

Amazingly, Szajkowski’s sales continued until his death — “hundreds of thousands of pages of rare documents and a substantial number of published books and periodicals.” Leff reports that places such as the JTS and the New York Public Library, despite having been approached by French archives about previously stolen material, continued to buy from Szajkowski. Ironically, many archives, she says, have murky acquisition records, so tracing the provenance of their collections is difficult. But Szajkowski often left telltale markings on works that passed through his hands, and Leff has found them.

Given all the information Leff unearths, it is hard to buy the subtitle’s characterization of her protagonist as “the man who salvaged French Jewish history in the wake of the Holocaust.” In fact, Szajkowski’s astonishingly prodigious thefts displaced sources from French collections and scattered them around the world, complicating research, while his handwritten notes blighted rare materials.

On the other hand, Leff maintains, his actions led “to heightened interest in the kinds of questions he pursued and the collections he used.” That seems like small consolation for the amount of havoc he wreaked.

How the Archive Thief Saved History — Then Stole It