The Only Summer Book Guide You Need To Read 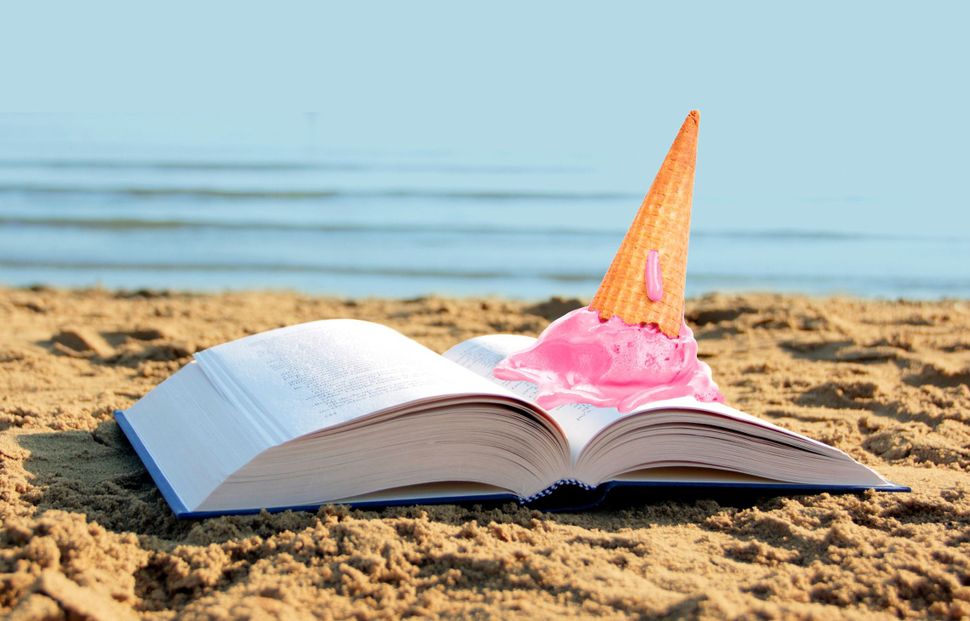 There can be no doubt that people who read are very passionate about reading. But reading is in trouble, because no one reads anymore. Why pick up a book when you could watch celebrities walking their dogs on Periscope or stream all 17 seasons of “House M.D.” using a Kindle Fire stick that’s plugged into a toaster oven? You know the answer. It’s because books are important to the culture, just like other cultural things that exist and that no one enjoys, such as opera, ballet and inspirational documentaries about high school marching bands.

Forward readers are among the few brave American souls keeping the art of the book alive. You need suggestions for things that will help you fall asleep at the beach. So it’s for you that we present the Summer Books Guide, our annual list of the books that publicists have told us about the most. You’ll find a lot to argue about in these books, and even more to ignore. Some of them even aren’t written by guys named Jonathan.

The Girl on the Plane by Paula Hawkins

In this hastily written sequel to the international best-seller “The Girl on the Train,” our heroine, who is actually a woman, not a girl, gets a job as a pharmaceutical sales rep but gets fired because she’s drunk all the time. She uses her frequent flier miles to fly anyway, and just before a blackout she possibly witnesses a murder committed by a guy she used to be married to and may have had a baby with. The guy is now married to her best friend, who is also pregnant, and then we kind of lost track of the plot.

In this autobiographical fiction, a successful novelist travels around Brooklyn with her unusual dog, Sid, having meaningful conversations with strangers and giving out free chapbooks to passers-by. Later, perhaps you will share a meal or go for a delightful bike ride with her.

Secrets Of Magic: Being Yourself On Just $10 Million a Year by Elizabeth Gilbert

The author of “Eat, Pray, Love” reveals the dark side of her light side, sharing her tips about how to be an internationally beloved author who tours with Oprah Winfrey. Happiness is always right within your grasp if you can just grasp it, Gilbert says. It costs only $75 to hear her speak the truth when she comes to your town next year. Also, if you leave a glass of wine out for her at Passover, her spirit will appear to inspire you to have a better life

The Book Of Dumbers by Joshua Jonathan

In this entertaining romp through an episode of American history so forgotten that it never actually happened, a secret cabal of politically-correct multiethnic no-goodniks plots to murder Bill O’Reilly as part of the War On Hanukkah. O’Reilly gets wind of their plans and hires a Jewish ghostwriter to stop them by writing a novel in eight nights.

This novel, mostly grocery lists and half-completed word jumbles, was in no way compiled by ambitious opportunists who have seized Harper Lee’s estate. Lee is very much in control of her own career as she wastes away in an Alabama nursing facility. Pay special attention to Chapter 6, “Is It Soup Today?”

We Are Famous And You Are Not by Aziz Ansari, Mindy Kaling and B.J. Novak; Foreword by Judd Apatow

So You’ve Been Publicly Published by Jon Ronson

Ronson hits a raw nerve with this collection of profiles of people who have been published and then completely ignored by time and history and even their friends. These stories of people who wish the social-media mob had noticed them will break hearts and possibly open wallets. We all can relate.

One of the most written-about writers in writer land, Joan Didion was the basis for Amelie and Holly Golightly, and for Flo from the Progressive commercials. It’s hard not to see why in this exhaustive biography. Her infectious grin and generous spirit just soar off the page.

The Wright Brothers by David McCullough

David McCullough must be some kind of genius. He already wrote histories of John Adams and the Panama Canal and Harry Truman and Theodore Roosevelt, as well as some sentimental books about baseball. He is only 83 years old, which coincidentally is the average age of the person who will read this book.

So there you have it. Though there are thousands of other books published this summer, none matter because all anyone ever reads is fan fiction about fan fiction. Why do we even try to publish? What is life? What is love? Also, there’s a new Jonathan Franzen book.

The Only Summer Book Guide You Need To Read