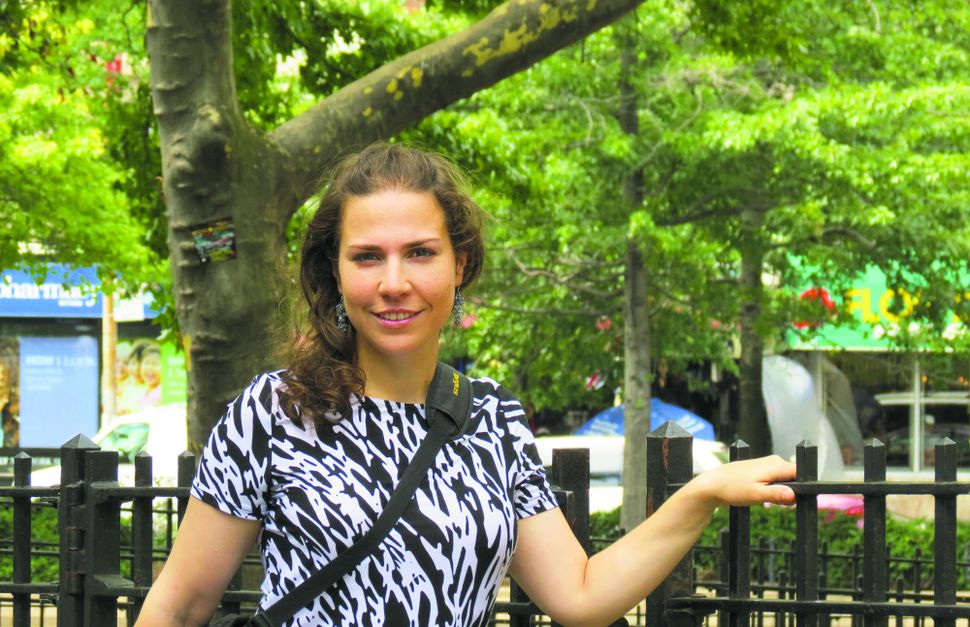 Judy Brown used to say her little brother was “crazy as a bat.” Nobody in her community or even in her family understood the boy who terrorized baby sitters and flapped his hands in the air. Even Brown wished he would go away. If Hashem performs miracles, she wondered, why couldn’t He “cure” her brother?

In her new memoir, “This Is Not a Love Story,” Brown tells a story of growing up in Hasidic Brooklyn with a brother she struggled to love and accept. This memoir isn’t her first foray into recalling childhood memories. Brown has written various articles for the Forward, and under the penname Eishes Chayil she wrote the controversial novel “Hush.”

In “This Is Not a Love Story,” Brown narrates her story, channeling her childhood voice to depict her struggle with questions of love and faith, difference and conformity. “I made my second deal with Heaven. But this one, I explained, was really important. More important than the earrings, more important than the new dress, more important than any plague or drought. It was my crazy brother,” Brown writes in the memoir. “I sealed the deal with God. I would fast for forty days and also forty nights, and then, on the dawn of the forty-first, He’d make my crazy brother normal.”

Brown’s fast didn’t last more than half a day, and her brother never became “normal.” Instead, only after countless visits to doctors and psychologists around New York was Brown’s 7-year-old little brother finally diagnosed with autism by a doctor in Israel. He stayed in Jerusalem to attend a school for special needs children. But Brown, now 35, suspects that if they were growing up today, her brother would never have needed to leave Brooklyn.

In a shin-length denim skirt and a plaid collared shirt, Brown sits at her kitchen table at home in the Marine Park section of Brooklyn, not far from Flatbush, where she grew up. A white mezuza hangs by her front door. The mother of three and full-time author is taking time out from writing and cooking dinner — “boring chicken and rice” —to discuss her memoir and her relationship with her brother.

“He was a force of chaos in our lives,” said Brown, who is only a year older than her brother. So when her parents sent him away to Israel, she was initially relieved. “What it means to have a sibling like that is that life is totally different from all your friends’ lives,” she said. 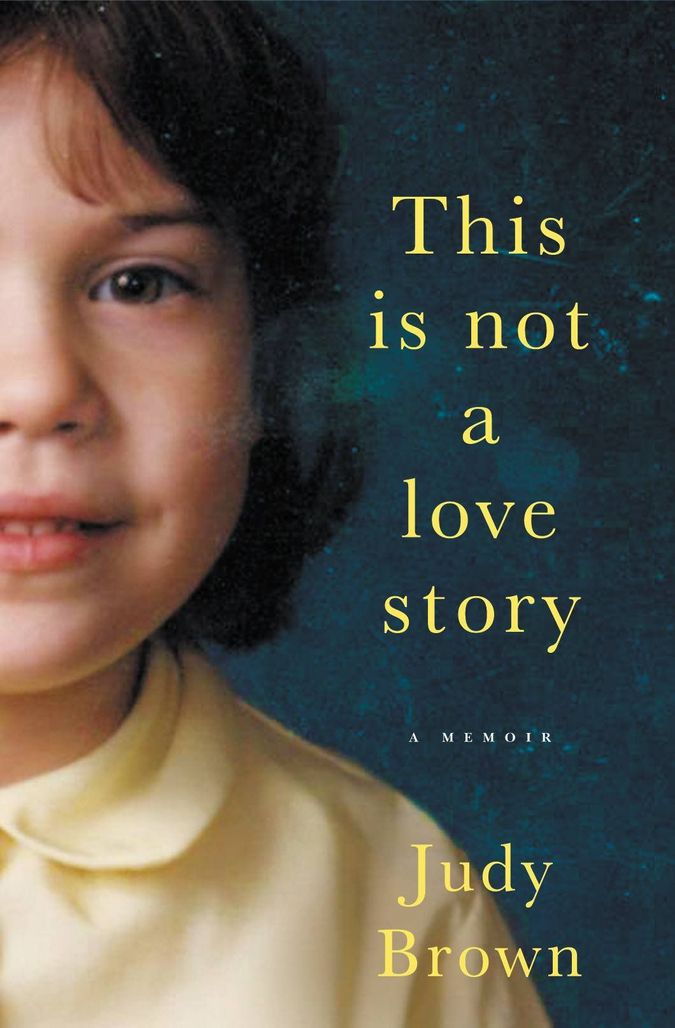 This Is Not A Love Story: In Judy Brown's new memoir, she writes about her long journey learning to love her younger brother, who has autism.

Brown says that when she was in third grade she believed her brother represented a curse on the family and that her marriage prospects would be affected because of him. In her memoir she confronts rumors in the Hasidic community that her parents fell in love like goyim in a fairy tale and were married without a proper shidduch, an arranged marriage. Their “crazy” son, whom nobody could “fix” or figure out, was a direct consequence of that, Brown had thought.

Using the perspective of herself as an 8-year-old, Brown is able to distill a much bigger story. Yet, through that perspective, Brown is also able to portray the extent to which she internalized the judgment she felt from her classmates. She recalls her brother as only one of a few children with learning disabilities. At the time, people in the Hasidic community sent away their special needs children, she says. Brown’s brother made her family stand out, which she found “isolating,” and made growing up more difficult in their close-knit modern shtetl on the Boro Park-Flatbush border. “If you have an issue, it’s black and white there,” Brown said. “If you’re in the gray, it’s over.” The family sometimes saw a therapist to help them cope.

“[The problem] wasn’t Hasidism, it was autism,” said Brown, who now identifies as Modern Orthodox. “There was a lot of ignorance then, not just in the Hasidic world.” She discovered that the same exact conflicts she experienced with her brother played out in secular homes — those she read about in mainstream books on autism disorder in the years following her brother’s diagnosis. “I don’t know if things would have been easier if we were not Hasidic,” she said. “Secular people had the same thing: Love was their faith. When it comes to special children, it’s complicated.”

Recently, especially in the past 10 years, the Orthodox Jewish world has seen tremendous growth both in acceptance of and resources for autistic and other special needs children, said Chava Kadosh, a clinical social worker at Boro Park’s Yaldeinu School, which serves children up to age 14 on the autism spectrum. As the general public becomes more educated and aware of special needs, so has the Hasidic community, Kadosh said. According to the Centers for Disease Control and Prevention, about one in 68 children has been diagnosed with autism spectrum disorder. Autism is five times more likely in boys than in girls. In 2000, only one in 150 children was diagnosed.

Between 15% and 20% of people struggle with a learning disability. That rate applies in the Orthodox community, as well as in the secular world at large, said Dori Kirshner, executive director of Matan, an organization that advocates for Jewish students with special needs. In the past, parents would often send away their special needs children, as focusing on one child could detract from caring for the handful of others, or in other cases, the necessary resources just didn’t yet exist in Orthodox Brooklyn.

“What I actually noticed has been pretty amazing,” said pediatric physical therapist, Sarah Kranz-Ciment, project director at the Ruderman Chabad Inclusion Initiative, which provides resources to promote inclusion in every part of Jewish community life. “[Hasidic families] have been very good at finding out about the most current, relevant and promising therapies and resources,” Kranz-Ciment said. “They find whatever resources are available and find a way to make them available for their children. They’re very knowledgeable.”

That said, however, a Jewish education and Jewish environment remain priorities. “Parents want their children to succeed in combination with staying within their values,” Kranz-Ciment said. “If they have to create their own school, they will.” Now, a growing number of schools and resources are scattered around Orthodox Brooklyn, from Williamsburg to Boro Park, to serve families and children with special needs.

Expanding resources may make a child’s special needs diagnosis easier to accept, though some parents may still experience various stages of grief, Kadosh said. But in religious families, especially, “faith carries them through.”

Brown’s parents and older relatives considered her brother a “special soul.” According to Jewish faith, Kranz-Ciment explained, “God doesn’t make accidents” — everything happens for a reason. Judaism upholds that everyone is made equally in the image of God and that, based on our unique capacities, each individual has a special purpose in life, something to offer. Because of this value system, Kranz-Ciment said, the Hasidic community “is really good at recognizing the potential of every single person.”

Still, many experts say that more progress has yet to be made. “The greatest shift that still needs to happen in the Jewish community — across denominations,” Kirshner said, “is really starting to not think ‘us versus them.’ I think there’s a tendency to still see it as ‘that family has a child with special needs’ or ‘he goes to a special school.’”

“This Is Not a Love Story” opens up a conversation about special needs children especially within the Orthodox world. Brown says, however, that she didn’t write the book for the Hasidic community in particular: “It’s a story that needs to be told on so many levels; it doesn’t come down to this specific audience.” Feedback from family, friends and colleagues who have read the book before its release has been “bipolar,” Brown said. But that doesn’t seem to bother her; it’s a story she had pent up internally and felt she finally needed to share. “It touched on so many memories I hadn’t thought of,” Brown said. “That was emotionally hard.”

As a parent, Brown says she now has a “whole different level of appreciation” for the love and patience her own parents expressed toward her brother. Only as she got older was Brown able to overcome her resentment toward her brother, accept what made him different and uncover her affection for him: “One of the things that made me grow up was this incredibly strong love toward a child I couldn’t understand.”