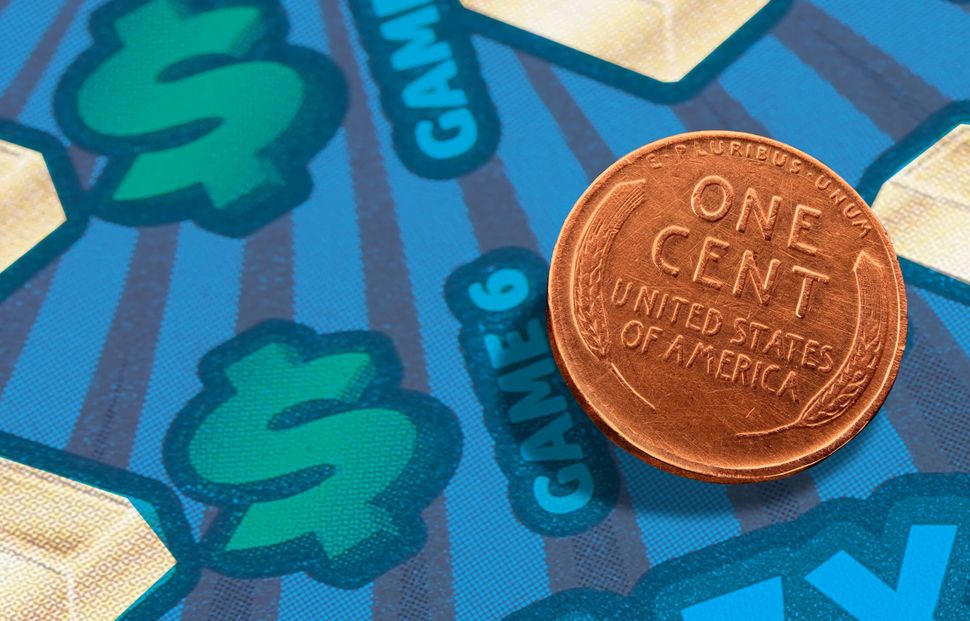 Every Friday my maternal grandfather, Rabbi Abraham Twersky, a scion of a long line of Hasidic rebbes straight from the Baal Shem Tov, who lived on the Upper West Side of Manhattan in the ’60s and ’70s, would buy a lottery ticket. He did so sheepishly, but also with a little pride. “I have bitochen — hope that maybe I will win,” he stammered. He tried to explain himself in various ways but he couldn’t. I, in turn, was baffled by his behavior. Did he really believe that the scratch lottery was a strategy for making money?

Zeide was a classic Jewish improviser. A man whose only language was Yiddish, and who in his lifetime had lived on four different continents and two different hemispheres, he was a little bit a speculator, a little bit a caterer, a little bit a rabbi, an itinerant preacher. At the end of the war he was a hotelier in Bournemouth, England. At one time during the 1950s he was offered a New York Times delivery route. He worked, but he was a perennial business failure, moving from one failed venture to another, but then he always, somehow had food for Shabbes, plus just barely a smidgen more.

How did he account for scraping by? Born of the Old World, he, like many Jews, felt that he had a covenant with God. If we are to keep the Sabbath, study Torah and teach it to our sons and daughters, not to mention all the other commandments, do we not need money to do so? Consequently, God was “obligated” to bless a Jew’s ventures, to collaborate with him a little so that he had enough to do His will. If there is no bread there is no Torah, goes the famous rabbinical saying.

There was a kind of magic, intimate relationship between money and God. You did your part and God would deliver. In our view God was a reasonable, responsible power with whom one can argue a case. In fact, our illustrious forebear, Rabbi Levi Yitzhak of Berditschev once took the Holy One to a “lawsuit” on behalf of the Jewish people. Such was the stuff I grew up on. But this was all about the God of subsistence – of just making do.

My grandfather wanted more than that or maybe he just thought he should. A few of his friends made it big in this country. We would walk together on the Upper West Side. “See that building? I could have bought it for a few ‘tousand dollars years ago like Retter did and Pollack and Vorhand. Today, they are millionaires. Yetz ich bin in ganzen bankratiert, now I am completely bankrupt,” he said.

I never had the nerve to ask him why he hadn’t bought the buildings. It seemed impertinent for me as a young man and besides, he left no opening. He spoke about his financial condition as though it were a divine decree, a decree that he accepted like most men, with misgivings.

Throughout my life, I kept returning to memories of my Zeide. What were his business peregrinations and peripatetic wanderings about? When he went into the Red Apple Superette on 87th and West End to buy a scratch card, what was he really thinking?

I now believe that he was trying to even something out in his own mind, like balancing a spreadsheet. You see, not much talked about was that my grandparents left Lublin for London a few years before the war and thus were saved. Their parents and most of their siblings did not fare as well. In fact, my grandfather’s father, the Trisker Rebbe and his wife were in the Lubliner ghetto in 1942. My grandfather bribed the SS to get them out, but they refused to go. “We will die with the chassidim,” they said and they were murdered in Majdanek a short time later.

While financial fulfillment for my grandfather, held both tremendous attraction and at the same time repugnance, the zeide’s money-making modesty might have been an unconscious way to preserve his ties to his parents, his faith and the Old World.

On the one hand, he made no money. On the other hand, he wanted to very much and to his own eternal mystification, passed up on all opportunities to do so. Even much later in 1973 when the building he lived in on Riverside Drive and W 87th went co-op he could have bought his apartment for $30,000, but something in him – something he could not forgive himself for – made him say no. It might have been was an unconscious debt – even a penance — to his Chassidic forebears. Making a success of himself in America through real estate or some other enterprise would have taken him too far away from his father, The Trisker Rebbe, and he didn’t have the stomach for it. He could not marshal the psychic powers to become a steady, but primitive accumulator of wealth as many of his generation did. He couldn’t make this money himself, but God, on the other hand, with one favorable re-cast of the lots just might,

So in fact, the lottery was a petition to God, but not the same god that provided him with food for shabbes, but rather the “lottery god” or the god of fast fortunes. The scratch card was a brief he filed to plead his case once more. Perhaps “He” might look past his ‘sin’ of leaving his father and mother behind in Lublin to suffer a holocaust fate. Perhaps “He” would agree to shuffle the decks once more – this time in his financial favor, but it wasn’t to be. That’s what the sheepish smile was about. He had no covenant with that “lottery god of fast financial fortunes” and in his heart didn’t want one anyway. He had a deal only with the Shabbes God — the plodding, just, reliable god of subsistence. He knew it and I knew it. There would be no second chances for him, but it didn’t hurt to try.

Simon Yisrael Feuerman is a psychotherapist in New Jersey and director of the New Center for Advanced Psychotherapy Studies.