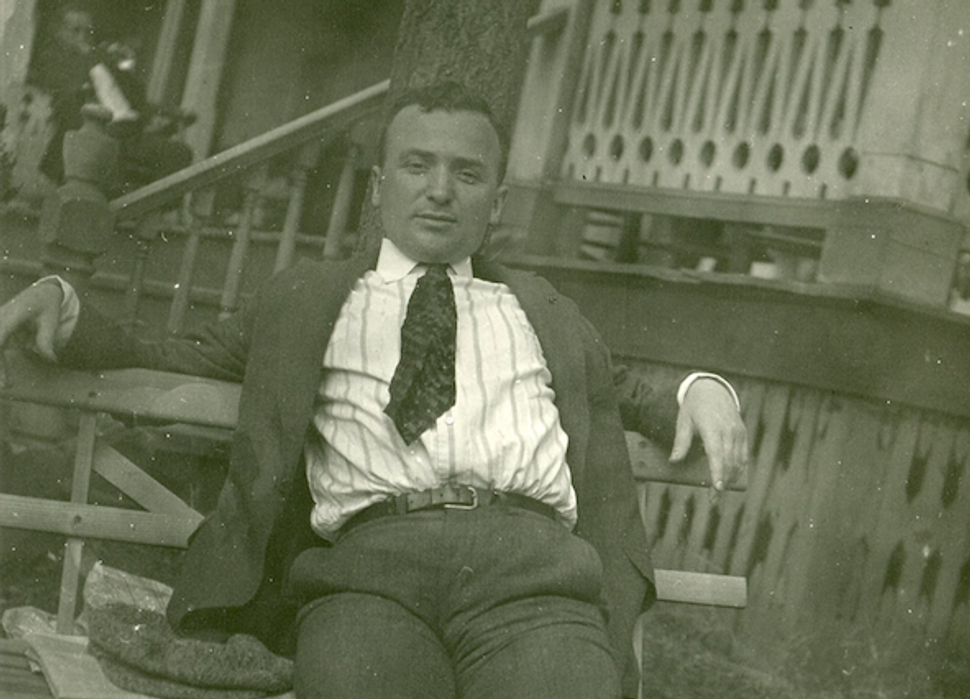 Hyman Liebman, who is currently on trial for the murder of his 7-year-old daughter, Sadie, is fighting for his own life. Liebman, who also threw his 5-year-old son, Samuel, out of a fifth-floor tenement window on Manhattan’s Upper East Side, has not had much to say during the trial and has pleaded not guilty. However, he recently took the stand in his own defense and claimed that he didn’t know how his two children managed to fall to the bottom of his building’s airshaft. His wife testified that Liebman, for whom she obtained a court order evicting him from their apartment because he refused to work, became infuriated and threw both children out the window. Sadie died instantly, but Samuel survived and will be crippled for life.

Attempts to verify reports that the Romanian government intends on expelling all Bessarabian Jews were not forthcoming. Such reports began circulating last week and were attributed to the country’s foreign minister, who allegedly ordered that all Jews of Bessarabian origin were to leave the country within five days. The number of Bessarabian Jews is estimated to be about 30,000, but it is thought that since the Soviet takeover of the region, at least 20,000 of these Jews now find themselves in Romania. Numerous Bessarabian Christians have also entered Romania and, like the Jews, are being forced to register in Bucharest. However, reports indicate that, unlike the Jews, the Bessarabian Christians will be permitted to remain.

Local police in Bamberg, Germany, have arrested the 20-year-old son of a Nazi war criminal on charges of having defaced the Jewish cemetery and having painted anti-Semitic graffiti on a Holocaust memorial. Reinhardt Woyzeck [was arrested after police found the paint and brushes that he used to paint “Death to the Jews” on the side of the Bamberg synagogue. He also painted swastikas on tombstones in the local Jewish cemetery. Woyzeck’s father died a year ago after he was released from prison in Poland, where he had served a sentence for crimes committed during World War II. Although Woyzeck denied the accusations, police are investigating him in order to find out who helped him commit these crimes. Meanwhile, police are unsure if Woyzeck committed the crimes as revenge for his father’s imprisonment. Fired from his job as a dental technician two weeks ago, he is described as a loner with no friends.