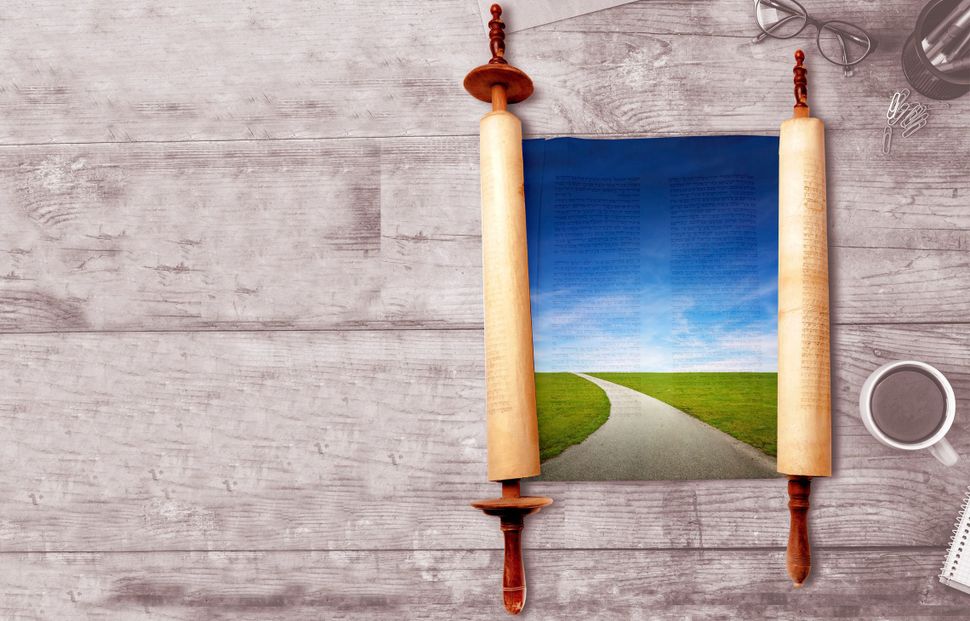 I never planned on becoming a Torah study regular, and the last thing I expected was that attending Torah study would lead me to adopt an “unaccompanied minor” from Guatemala. Yet that’s what happened. While many Americans are moving away from religious affiliation, my increased connection to Judaism through weekly Torah study has strengthened my moral compass, infusing it with a sense of the sacred — so when I was presented with a request that would dramatically alter my family’s life, I knew what to do.

Let’s back up. I used to think that Torah Study was for pious Jews who kept two sets of dishes, wore tallit and kippot 24/7, and believed in a God who watched and listened and intervened. I am none of those. The phrase “Torah study” itself conjured an image of a windowless room filled with serious men in black hats, murmuring in unintelligible Hebrew. I thought there was no room for modern, female progressive me.

So what changed? I didn’t lose a bet or accept a dare. I ran into a friend who was on her way to Torah study at our synagogue, a progressive Reconstructionist congregation. “It’s my vitamin,” she gushed. “My favorite hour of the week.” I was stunned. And intrigued. Maybe I should check this out? Who among us doesn’t crave a meaningful, spiritual experience?

The first time, I admit I felt lost, like I had joined a graduate level seminar mid-semester. I wasn’t familiar with the characters or settings, and the plot was downright head-spinning. But my biggest problem was with God. If I didn’t believe in God, and that Torah was the literal word of God, then what could I gain from it?

Then our rabbi said something that allowed me a way in: She referred to Torah as “our mythical history.” This meant I could read Torah not as a book subtitled “What To Do and What Not to Do — Or Else,” by God, but as “Our Big, Beautiful, Messy Book of Human Truths,” by many wise people. These were sacred stories, indeed, honed over millennia by brilliant ancestors, their meaning engaged and wrestled with, and expanded upon by every generation, including my multi-generational, co-ed group sitting in the west side of Los Angeles in 2015.

So I went back. Each week the text became more understandable, as unpacked by our rabbi. Yes, it was interesting to learn about ancient culture, language and geography, but the biggest revelation was that ancient people struggled with the same human concerns as I do, and that they had relevant wisdom to share. The big secret about Torah study is this: It is not “studying.” It is a dynamic conversation about what it means to live with meaning, purpose and compassion. It is a book club with an expert leader and curious readers. Every week, I feel a key turning, unlocking some emotional truth I didn’t know I was missing. A word. Click. A phrase. Click. With my rabbi and community, I arrive at deep “aha” moments. This is spiritual boot camp.

Which brings me to my new Guatemalan daughter.

One of the most oft-repeated lessons of Torah is that we should welcome the stranger. Dozens of times every year, Torah hammers home the fundamental tenet that we are defined by our caretaking of the most vulnerable people in society.

In the midst of this, I received the e-mail that changed my family: An 18-year-old girl whose parents had sent her to America to protect her from violence in Guatemala needed a home. Was there anyone out there who could help?

My first thought was about her parents, and the heartbreaking decision they had been forced to make in sending their daughter away to protect her. Then I thought of the mandate to take care of the stranger. Finally, I thought of the story of Moses’ mother placing him in the treacherous Nile to spare his life, and of the woman who pulled him from the water. I knew what I needed to do. I did not have to agonize, research or debate. I had already had the conversation with my ancestors and my community, and we had all agreed: We would pull her out of the water. We would bring her home.

Don’t get me wrong — the decision was not without anxiety. But my worries were trivial compared with her situation, and my weekly practice with Torah had given me the courage to do what I knew was right.

It doesn’t matter that I cannot state whether I believe in God, or that my imagination is not wide enough to comprehend a Divine Unknowable Force. These are not prerequisites for Torah study, just curiosity and an open heart. Quietly and insistently, Torah has bolstered my sacred commitment to do the right thing. It touches the part of me that yearns for goodness and holiness in the world. Although the impact of Torah study on my life is rarely as dramatic as adding a member to our family, its lessons reverberate in subtle ways in the daily life of this modern woman trying to do her best.

Laura Nicole Diamond is the author of the novel “Shelter Us,” and editor of the anthology “Deliver Me: True Confessions of Motherhood.” www.LauraNicoleDiamond.com.