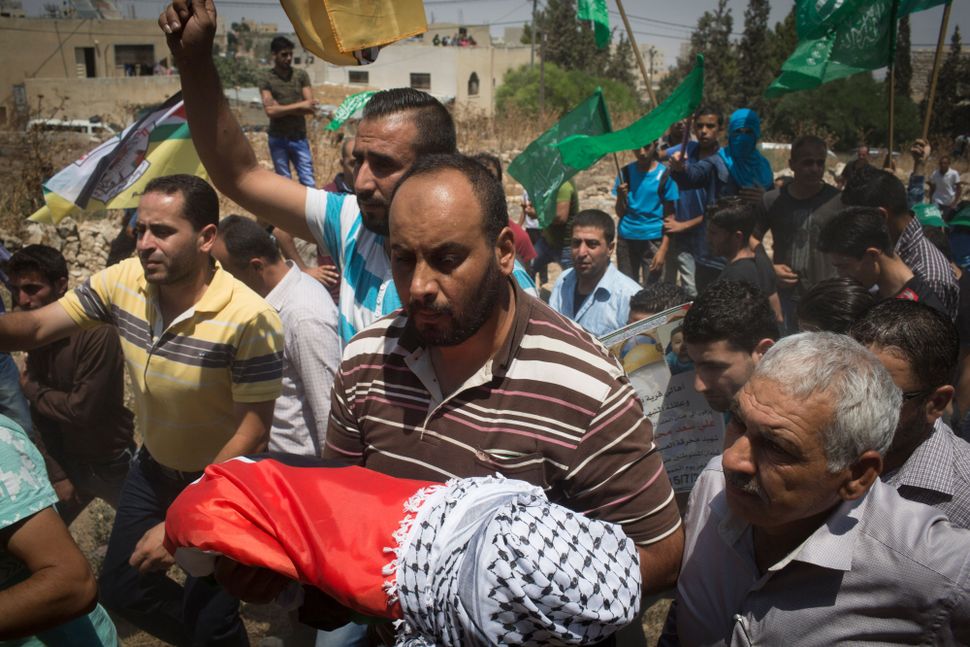 This past week, news of a stabbing attack on marchers in Jerusalem’s Gay Pride parade, which left 16-year-old Shira Banki dead, and an arson attack that killed Palestinian toddler Ali Dawabsha, circulated through news and social media channels in Israel and abroad. The following poem by the Israeli poet Eli Eliahu appeared on his public Facebook page on August 1. Eliahu has described his poetry as “a documentation of the struggle of the individual against [the] background” of “a very stressed, crowded, violent and noisy country.” While his poem “Alibi” clearly addresses recent events, Eliahu’s interweaving of Biblical texts, specifically Proverbs 10:12 and Deuteronomy 21:7, contextualizes this poem in an ongoing conversation on violence and responsibility in Jewish culture and Israeli society. — Adriana X. Jacobs

The day it happened we were sitting in a coffee shop. We can vouch for each other. Later we took the usual route home. The neighbors we ran into can confirm that. And then we watched some TV like we always do and went to bed. We didn’t get up the entire night. We tossed and turned a little bit, but mostly slept soundly (love, we thought, covers all crimes). If anyone asks about the kid who was burned alive, we have the perfect alibi. Our eyes did not see it, our hands did not shed this blood.

Eli Eliahu (1969) is the author of two collections of poetry, “I, and not an Angel” and “City and Fears” (2011). He is the recipient of the 2014 Levi Eshkol Prime Minister’s Poetry Prize and works as an editor and writer for Haaretz.

Adriana X. Jacobs is an Associate Professor of Modern Hebrew Literature at the University of Oxford. She is the recipient of the 2015 PEN/Heim Translation Fund Grant for her translation of Vaan Nguyen’s “The Truffle Eye.”