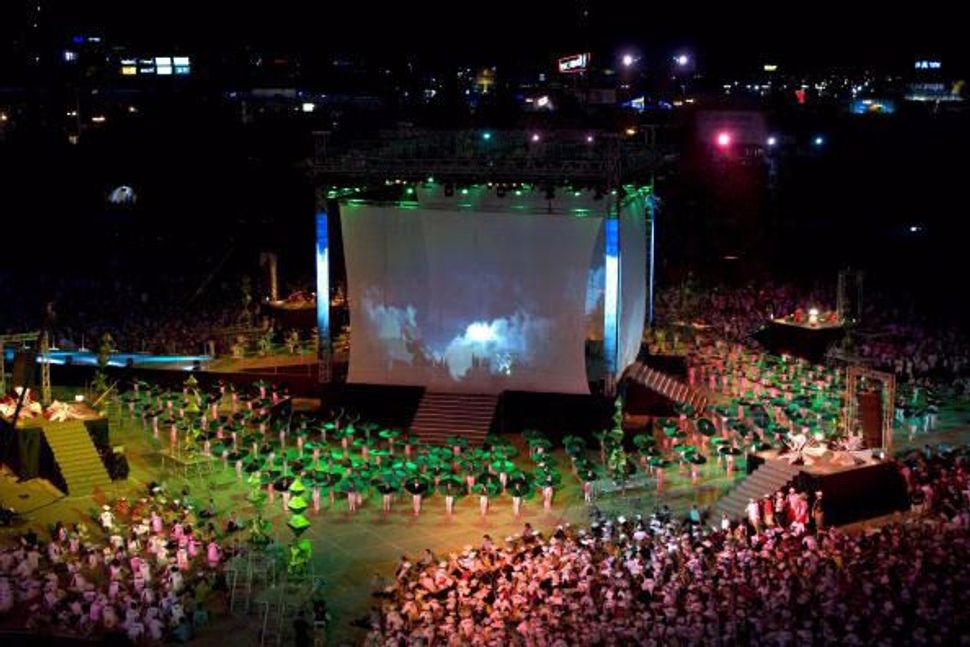 The Jewish Olympics: The History of the Maccabiah Games
By Ron Kaplan
Skyhorse Publishing, 296 pages, $26.99

In “The Jewish Olympics: The History of the Maccabiah Games,” Ron Kaplan offers both a detailed account of the games and a deep exploration of the politics surrounding them.

The Maccabiah Games — often called the Jewish Olympics — are an international athletic competition held every four years in Israel. The games grew out of the European-Jewish sports clubs that blossomed in the late 19th and early 20th centuries and the Zionist desire to create what one speaker from the era calls “muscular Jews,” Kaplan writes. The games “were never meant to be just a sporting event, but a chance for Mandate Palestine to show off to their co-religionists and the world at large that Jews were strong and capable.”

The games kicked off in 1932, with 390 athletes participating from 14 countries. The 19th Maccabiah competition (in 2013) boasted more than 9,000 athletes from 78 countries. And the games have always attracted a Jewish Olympic medalist or two.

Kaplan, a sports and features editor for the New Jersey Jewish News, examines the politics and history around the games. Great Britain, then in control of Palestine, gave its approval for the first games only on the condition that both Arabs and Jews be allowed to participate. The Zionist organizers reluctantly agreed — Arab riots had almost forced them to cancel the event — but ultimately the Arabs declined to partake.

Later, as anti-apartheid sentiment increased worldwide, the participation of South African Jewish athletes became controversial, too. And even more recently, the question of “Who is a Jew?” has become a divisive one: Kaplan shows how athletes with Jewish fathers but non-Jewish mothers, as well as athletes with no Jewish lineage at all, have become an issue at the games. Kaplan also reveals how Maccabiah athletes have historically contended with less-than-ideal food and lodging. Before World War II and in the decades that immediately followed, the games were clearly a logistical stretch for the organizers, taxing the resources of the fledgling Jewish state. Even as late as 1997, it was still clear that infrastructure planning for the games had failed to a frightening extent: Four Australian athletes were killed and dozens injured when they fell into the polluted Yarkon River after the collapse of a makeshift pedestrian bridge.

Kaplan pays a great deal of attention to the individual athletes in the games, too. He highlights some big-name medalists like swimmers Mark Spitz and Lenny Krayzelburg, but he also discusses lesser-known stars, such as Lillian Copeland, an American athlete who competed in track and field at the 1928 and 1932 Olympics, and at the 1935 Maccabiah Games. But Kaplan’s compelling descriptions of the controversies surrounding the Maccabiah Games are what distinguish this book.

Peter Ephross, who has written for The New York Times and for Sports Illustrated, edited “Jewish Major Leaguers in Their Own Words: Oral Histories of 23 Players,” published by McFarland in 2012.