Resisting the Familiar Narrative of Resistance in France 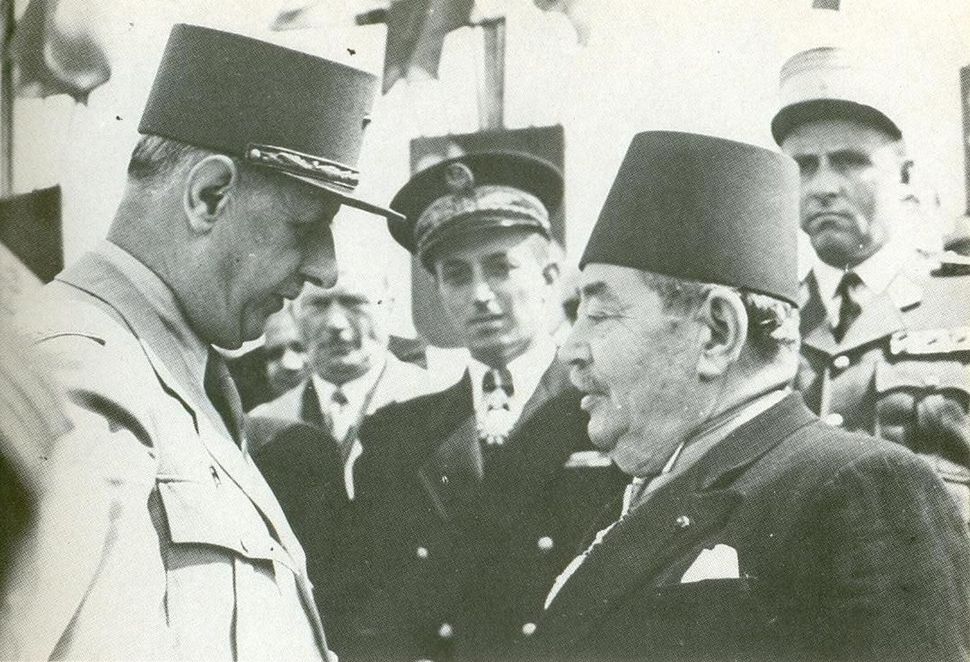 How could anyone govern a country, Charles de Gaulle once asked, that has 240 different kinds of cheese? Less well known is the question he posed as leader of the Free French during World War II: How can anyone liberate a country that has nearly the same number of resistance movements?

Okay, he didn’t really ask that. But as I read Robert Gildea’s “Fighters in the Shadows,” I suspected the question at least flickered across the general’s mind. The French Resistance, by its very nature, was a dauntingly complex and mercurial phenomenon. It was the work of a dizzying array of movements whose members hailed from different social, ideological and religious backgrounds. Before 1940, many of these groups were violently opposed to one another, convinced that their opponent posed a greater danger to France than did Nazi Germany. After 1940, these same groups were now condemned to collaborate with one another — except when they did not. Some sought France’s liberation from Nazism, while others saw liberation as the prelude to revolution against capitalism. There were yet others who, at mortal risk, simply tried to save the lives of fellow human beings.

De Gaulle had his work cut out in London as he sought to unite these fractious resistance groups into a single movement that he could yoke to the Free French. While historians don’t confront the same existential consequences that de Gaulle did in his ultimately successful effort, they nevertheless face similar challenges in shaping this shadowy and complex piece of France’s past into a powerful and clear narrative.

Gildea is no less successful in this effort than de Gaulle was in his own. A historian at the University of Oxford, Gildea is one of the most prolific and probing historians of modern France. The qualities that have attracted lay readers as well as fellow historians to his work — crisp prose and compelling storylines — are very much in evidence in his new book. While Gildea knows the secondary sources inside and out, he gives pride of place to personal testimonies, both oral and written. We are, as readers, made privy to the thoughts and memories of French people and foreigners who, for a range of reasons, rebelled against their circumstances.

The story of the French Resistance, Gildea observes, is central to French identity, but both the nature of the story and the sense of identity have changed over time. In fact, the struggle over the definition of the French Resistance — what values it represented and which goals it embraced — is as old as France’s defeat in 1940. From the first disparate and discrete expressions of defiance through the halting and hesitant coalescing of groups to disciplined and clearly defined movements, the wartime resistance underwent profound changes. Yet the changes did not stop by war’s end. On the contrary, they quickened and collided as various postwar figures and parties sought, for various political ends, to align their own identities and fortunes to the resistance.

One of the welcome elements to Gildea’s account is the centrality he gives to the role of Jewish resisters in occupied France. Many of the women and men who rallied to de Gaulle’s call to join him and the Free French in London were Jewish. As the sociologist and political commentator Raymond Aron observed, the existential nature of this choice was clearer for French Jews, and foreign Jews living in France, than it was for non-Jews whose lives were not immediately threatened by the regime. (Aron himself, though he always kept a critical distance from de Gaulle and Gaullism, joined the Free French in 1940.)

In the context of current events in Europe, the presence of foreign Jews who had sought refuge in France is especially pertinent. During the interwar period, tens of thousands of Jews had fled the popular anti-Semitism, often codified into laws, in their native Poland, Czechoslovakia, Austria, Hungary, Romania and Bulgaria. For many young Jews, the numerus clausus, or closed number, law introduced by several of these countries, imposing stifling quotas on the number of Jews allowed at university, was especially decisive. By the late 1930s, of the 150,000 Jews living in Paris, 90,000 were immigrants from Eastern Europe.

Yet deep ideological fault lines ran between these various groups. For example, while Russian Jews gravitated toward Zionism, Polish Jews were drawn to communism, joining Main D’oeuvre Immigrée (MOI), a trade union composed of mostly Jewish immigrants. Following France’s occupation, Polish Jews were also the driving force in the creation of Solidarity, a Jewish defense organization formed in July 1940. Its aim, journalist Adam Rayski noted, was to serve as an early warning system: “Some kind of propaganda and above all information was a sine qua non of the organization of resistance.” Going door to door in the summer of 1942, members of Solidarity warned thousands of Jews in Paris about the impending roundup of Jews that came to be known as the rafle du vel d’hiv. According to Solidarity member David Diamant, “If 14,000 or 15,000 Jews escaped the tragedy of 16 July, it is in large part because of the mobilization of our forces to save them.”

MOI was also the basis for MOI-FTP, an armed resistance movement allied to the Communist Party. Typical of the groups within MOI-FTP was the Carmagnole-Liberté Battalion — a motley collection of Polish, Hungarian, Romanian and French Jews. Ignace Krakus, a Polish Jew, reflected the cosmopolitan character of the battalion: In the words of a fellow résistant, Krakus was “Jewish but he spoke Yiddish badly. He fought in Spain but he spoke Spanish badly. French he massacred. He spoke a mixture of all those languages. The complete foreigner. But he had a sharp sense of organization and an incredible force of character.”

These groups, unlike Solidarity, engaged in military actions, mostly the sabotage of German military installations, the bombings of rail tracks, and the occasional assassination of high-ranking Nazis and French collaborators. A number of Jewish resisters in France had done their apprenticeship in the Spanish Civil War. Polish Jews like Mendel Langer and Joseph Epstein served in the International Brigades during the late 1930s, crossing the Pyrenees into France after the victory of Francisco Franco’s forces. (Their fate under the French Republic anticipated that of French Jews under Vichy after 1942: Along with thousands of other Spanish Republicans, they were penned in concentration camps that sprouted in Southern France.) But many more Jews were absolute beginners with no military experience, compounding the dangers they faced. The fate of the 35th Brigade, another Jewish group within MOI-FTP, was exemplary. All its members were captured and executed following their botched bombing attempt at a cinema showing the Nazi propaganda film “Le Juif Süss.”

Given France’s long and freighted history of anti-Semitism, even the Free French were not entirely free of religious tension. In 1943, Henry Frenay, the military officer who helped found the resistance movement Combat, declared at a ministerial meeting that there were “too many Jews” present. The remark led two outraged members of the government, Georges Boris and Raymond Aubrac, to offer their resignations. Similarly, there’s the case of the Trumpeldor Platoon, a group of Jewish résistants who took the name of a Zionist settler killed in Palestine. Despite their skill and commitment, their politics clearly annoyed one of their officers, a native of the deeply Catholic region of Brittany. “Your Jewish problem gets up our noses,” he said one day, exploding with anger. “Change your names, marry some Christian girls, and in a generation there will be no Jewish problem.”

At the end of the day, we can say about the Jewish resistance what has been said about the resistance itself: Its psychological and social impact was far more significant than its material and military consequences. French and foreign Jews fought to defend not just themselves, but also a certain idea of France, one that had been traduced by Vichy. In this regard, Gildea makes a capital point, one that has particular relevance for France today. The resistance was an experience that turned hundreds of Jews of foreign origin into Frenchmen and women. One instance is Léo Hamon, a leading figure in the liberation of Paris. Born Lew Goldenberg, he decided to keep the name he had taken in the resistance movement Combat. “I am a Frenchman,” he declared, “to whom the adjective ‘Jewish’ applies, along with other adjectives.”

With the rise of radical Islamist movements and persistence of traditional anti-Semitism in France, Hamon’s self-definition is, all too tragically, endangered. No less endangered is the definition that France once had of itself: as the birthplace of the rights of man and citizen, as the haven for those fleeing religious and political oppression in their own countries. In his conclusion, Gildea rightly dismisses the Gaullist myth of the resistance — namely, that a small and determined core of armed resisters, aided and abetted by the vast majority of citizens, liberated France in 1944. Not only were the Allies airbrushed from de Gaulle’s account, Gildea remarked, but so, too, were foreigners: “It may be more accurate to talk less about the French Resistance than about resistance in France.” Not just more accurate, but more necessary than ever to talk about and remember as yet other foreigners, fleeing persecution and danger, are again knocking at France’s door.

Resisting the Familiar Narrative of Resistance in France