How Freedom Turned to Propaganda in Soviet Photography 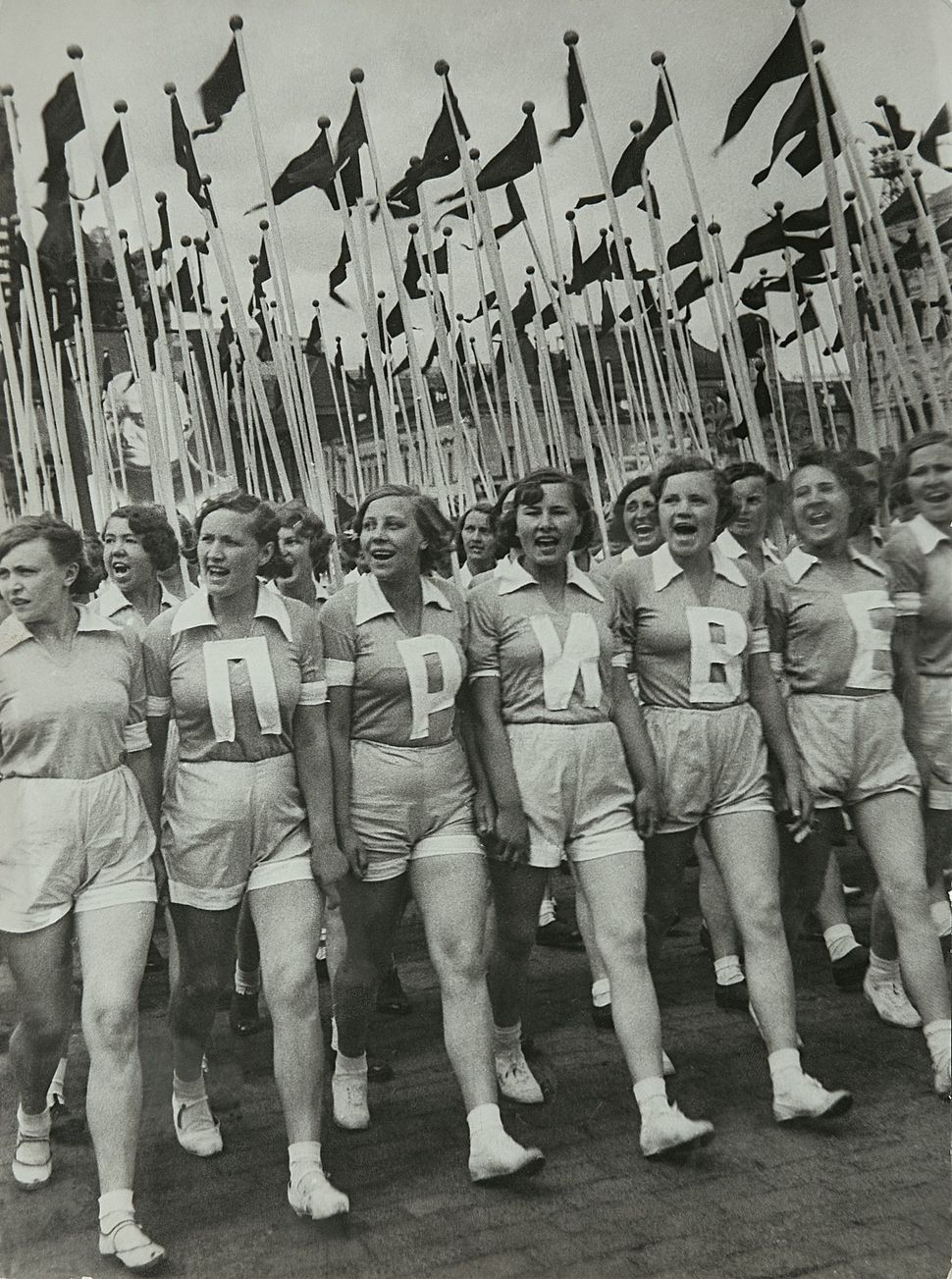 When Alexander Rodchenko took the photograph “Pioneer Playing a Trumpet” in 1930, the Soviet Union had been, albeit briefly, a haven for photographers and filmmakers. The primary reason these art forms flourished there, according to Susan Tumarkin Goodman, co-curator of the Jewish Museum’s new exhibit “The Power of Pictures: Early Soviet Photography, Early Soviet Film,” was that 70% of the new state’s population was illiterate. To propagate knowledge of its ideas and achievements, the government had to rely on images. Photographers were in high demand. Authorities encouraged experiments in style and form. The ambitious infrastructural, military and architectural work of the new regime provided ample material, and artists who suffered under the social policies of the czarist regime found themselves newly liberated.

Rodchenko’s photograph — a close-up of a boy playing his instrument, taken from a low angle — represents a shift away from an era of artistic opportunity into a more uniform, regulated style of propaganda, advocated by Stalin as he gained prominence in the late 1920s. The image was received coolly by authorities, as well as by Rodchenko’s peers; according to Goodman’s catalog essay it “was severely criticized for its counterrevolutionary presentation of Soviet reality” and its “failure to capture ‘uplifting’images of Stalin’s ambitious agenda.” Much of Rodchenko’s other work during that period was also criticized, leading to his 1931 expulsion from the October group, a prominent collective of radical photographers that he had helped found.

“The same photographers who had pioneered the avant-garde style were forced to become servants of the state if they wanted to work and live,” Goodman told me as we toured the exhibit.

According to Goodman, authorities began to limit the aspects of Soviet life their artists were allowed to portray, forcing the form to depart more and more from the examination of daily life. Photos showed the achievements of the union without interrogating the human cost behind them. Three years after “Pioneer Playing a Trumpet,” Rodchenko created a series of photographs for a new magazine — USSR in Construction — depicting the building of the Baltic-White Sea Canal (1933). Rodchenko’s photographs depict the canal in its final stages, sleek and efficient; what they don’t show are the tens of thousands of political prisoners who died working to construct it. His country’s socialist doctrine had replaced a utopian ideal. 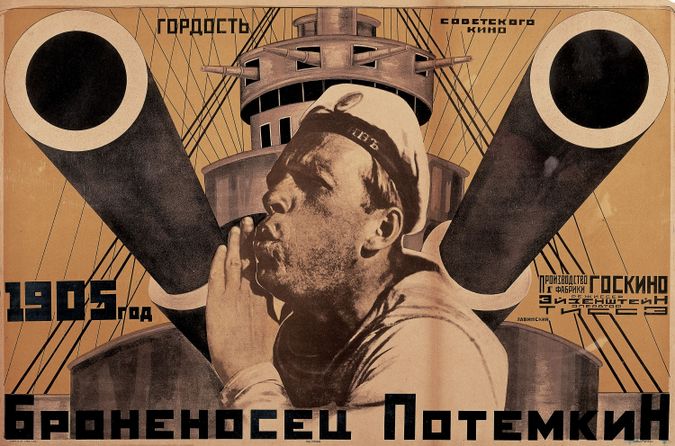 I’ve seen exhibits on propaganda before, and have often wondered to what extent the images were actually effective in their time. It can seem difficult to imagine anyone finding either the overly patriotic images or the menacing caricatures associated with, for instance, wartime propaganda effective enough to persuade them to join a movement. Here, however, there’s something seductive about the photographs’ sharp, jarring angles. They show off the new state’s achievements in a way that’s stirring, exciting and strange. Georgi Petrusov’s “Dnepr Hydroelectric Dam,” for example, shows the achievement of humans over nature from an angle that makes the creation of the titular dam seem an impossible accomplishment, stilling the water behind it and controlling the tumultuous flow at its base. Boris Ignatovich’s “St. Isaac’s Cathedral” shows the famous old cathedral from above, allowing the viewer to feel as if she is getting a new perspective on history.

What makes many of the photos in the exhibit compelling is that the people in them are recognizably and intensely human. In Max Penson’s “Young Soldiers,” a crowd of precisely organized soldiers features a few uplifted faces displaying gentle good humor. Arkady Shaikhet’s “Meeting of Otto Schmidt, Leader of the Chelyuskin Arctic Expedition, and Friend After His Rescue” shows two men kissing, one’s arm caught in the act of moving to wrap around his friend’s shoulders. Even Stalin, photographed in a pensive, vaguely military pose by Moisei Nappelbaum in 1934, appears to be an ordinary man.

It’s easy to imagine these images inspiring, because they ask their viewers to aspire to be just like their subjects — normal people embodying, in their everyday lives, the progressive goals of the new state. They show off an empire in construction, promising, in their vision, to imbue it with a radical new life. There are no great calls to rally, and no slogans promising success.

In that spirit, the exhibit’s curators seem to understand that these photographs are meant to speak for themselves. Wall texts accompanying individual images provide historical context, but they largely avoid analysis of content or style. For me it was a relief to be asked to see the images as their original audience would have — as wordless statements. Goodman told me she saw a great commitment in the artists exhibited to use art to interrogate politics: “There were such constraints, and yet they pushed through.”

How Freedom Turned to Propaganda in Soviet Photography