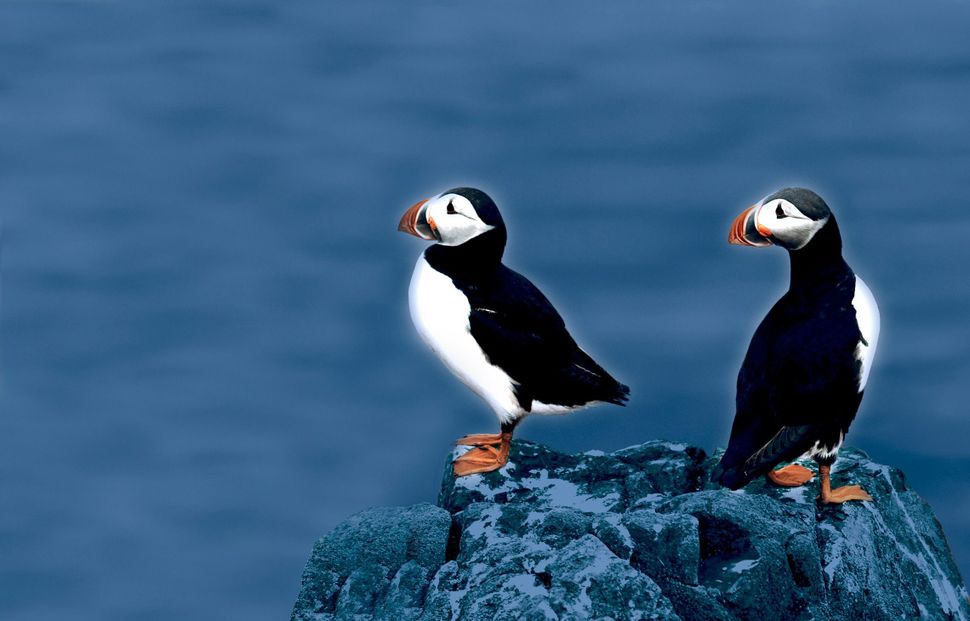 I have usually sought God through extreme experiences, on mountain peaks and in exotic lands. As a Jew, and as a congregational rabbi for much of my professional life, that can pose problems. Judaism is a religious tradition where peoplehood is a powerful feature and a primary focus. Consequently, there is a basic disconnect between serving as the spiritual leader of a Jewish community and being pulled so forcefully toward solitary adventures. I have struggled for two decades to make peace between the call of the wild and the call of my faith. And because I have often looked for a sense of spiritual connection — not in human relationships, but through encounters with the sublime — I have very frequently felt, and continue to feel, like an outlier among my own people.

My path has been a lonely one, but it has felt authentic to me. Perhaps I have not felt comfortable enough to expose myself to others. Maybe I have been afraid of letting go of control. Or maybe my childhood heart operation made me feel different, and led me to create unconscious barriers with others. It has always been easier for me to seek adventures without rather than within.

While I have tried to be authentic to myself, one experience showed me the limits of my solitary journey — and the rewards of a journey with another person.

Several years into my tenure as the senior rabbi of my congregation, I traveled one summer to the Faroe Islands. The Faroes are an archipelago of islands in the North Atlantic, roughly midway between Norway and Iceland. Today they are a self-governing territory of Denmark, but the Faroe Islands were first settled by Irish monks, followed by the Vikings. They are a place of stark, raw beauty, and they are sparsely populated. I hiked along sheer cliffs dotted with puffins and surrounded by gray seals and pilot whales. There was a quiet but intense spirituality that suffused the land and the sea. It was a spirituality of solitude.

I felt a kinship with that sense of solitariness. It didn’t exactly make me feel uplifted, but it did seem to speak to a part of my soul in a way that only nature could.

When I returned to New York City at the end of the summer (with no small measure of reluctance), one of my first tasks as a congregational rabbi was to welcome new members who had joined our synagogue. One of them, Tori, was a literary agent and a self-proclaimed atheist. We instantly took a liking to each other. If we weren’t discussing the publishing industry, we were talking about — or, more accurately, arguing over — the existence of God. Tori’s challenges to theism were thoughtful and sound, and I offered a defense of my belief, and a critique of atheism, that she found equally compelling. Our views on God couldn’t have been more different and divergent, but our theological exchanges (at the synagogue, at restaurants and over dry martinis) were always revivifying, enlightening and fun.

Tori was smart, and it was obvious that she had thought about spiritual matters for a very long time. Perhaps for that reason I kept debating her, because I wanted to “win,” to bring over this new congregant to the side of truth. Although we saw validity in each other’s arguments, it became increasingly clear as time went on that neither of us was going to budge from our fundamental positions. And it raised a larger issue for me: What is, or ought to be, my job as a rabbi within the context of a spiritual community? Should my conversations, teachings and sermons be devoted to promoting the Jewish belief in God?

I eventually came to see the folly of my mission, how I’d misunderstood and misperceived the true nature of my work as a spiritual leader. I had been so busy debating God’s existence with Tori that I’d hidden from myself the fact that our engagement itself was spiritual. The distance between us was not vast, and our separation was mostly illusory. I respected, even loved Tori, and I saw the divine image that was within her — even if she herself adamantly denied its existence.

Tori and I had formed a sacred connection, an I-thou relationship. It wasn’t the spirituality of solitude that I’d experienced in the Faroe Islands — it was a spirituality of a completely different order. Despite the apparent surface divide between us, we were bound by a faith tradition anchored in dialogue rather than in dogma; by an iconoclastic impulse to overturn decorum in pursuit of knowledge and wisdom; by an embrace of pluralism and a commitment to community, even if some of our particular views (and our respective levels of commitment) differed in significant ways.

It was strange for me to feel that my soul was being nourished not by nature but by another human being. It was new and refreshing. And it was less lonely.

Since my experience with Tori, I have tried to understand “Torah” in its broadest sense, as an impassioned and communal search for meaning and purpose. I have attempted to become more tolerant and open, not only to divergent opinions but also to the very presence of other people on my spiritual path — to see them not as threats to my privacy, but as assets to my inner development. When I succeed — and that is not easy — I am often reminded of a verse from Pirkei Avot, a teaching that says far more about relationships than about mountaintops or oceans: “When two sit together and exchange words of Torah, then the divine presence dwells with them.” (Avot 3:3)

Rabbi Niles Elliot Goldstein is director of external relations at the Center for Interfaith Engagement, and the author or editor of 10 books, including “Eight Questions of Faith: Biblical Challenges That Guide and Ground Our Lives” (Jewish Publication Society).