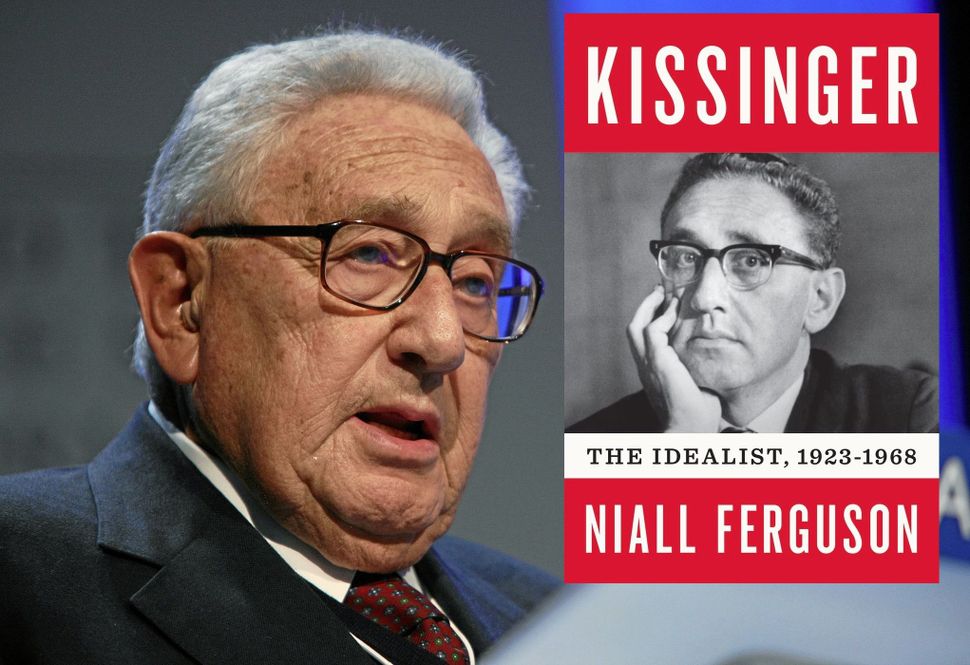 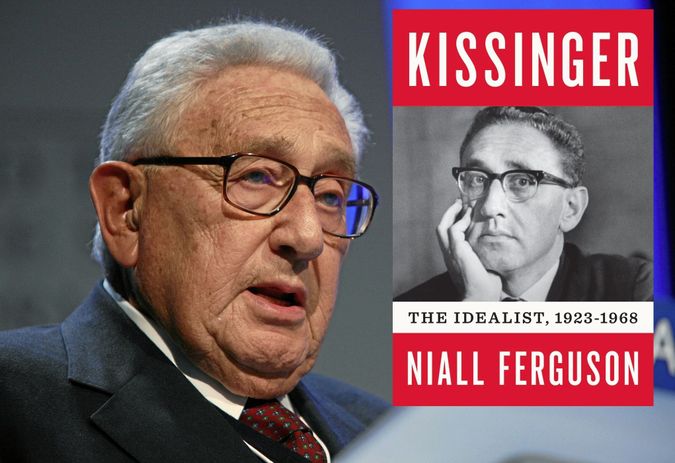 There have been a lot of words used to describe Henry Kissinger, the first foreign-born secretary of state (Madeleine Albright was the second) whose family fled Nazi persecution for a better life in America.

Idealist is hardly one of them for the man revered by some as a master negotiator and brilliant statesman and savaged by others as a warmonger, human rights violator, and even a self-hating Jew.

That’s what makes the title of the first of a two-part biography by Niall Ferguson so curious.

He strives to portray the 92-year-old diplomat as largely misunderstood in “Kissinger: 1923-1968: The Idealist.” The nearly 1,000 pages of the Volume 1 follow Kissinger from his youth to right before he joined the Nixon administration as National Security Adviser.

Ferguson is Kissinger’s official biographer and had unprecedented access to Kissinger’s personal papers. While the book is not without criticism of its towering subject, The New York Times’ reviewer has described it as a “revisionist biography” that “constitutes the most comprehensive defense of Kissinger’s outlooks and actions since his own three-volume, 3,900-page autobiography, published between 1979 and 1999.”

The Forward takes a look at, and links to, some of the top reviews out there if you’re still deciding whether to hunker down with the tome. Most cast a fairly jaundiced eye on it. Here are excerpts from each:

It should be noted that the Times’ reviewer, Lehrman Institute fellow Andrew Roberts, came under some criticism for not disclosing that he was initially offered to write the biography. His largely friendly review of the book is nonetheless worth reading.

“Ferguson has had access to every part of Kissinger’s vast archive at the Library of Congress, which weighs several tons and comprises 8,380 documents covering 37,645 pages on the digitized database alone. These include a heartfelt essay on “The Eternal Jew” written by the 22-year-old German-born Sergeant Kissinger after witnessing the liberation of a Nazi concentration camp; some loving but uncompromising letters to his parents about his separation from their Orthodox faith; a jejune and somewhat cringe-making teenage note to a would-be girlfriend ….”

“Ferguson has identified at least 23 close family members who perished in the Holocaust. …The first chapters covering the Kissingers’ life in the late 1930s and early 1940s in the Washington Heights neighborhood of New York recapture the Jewish immigrant experience superbly and put into perspective the fact that Henry (born Heinz) became the first foreign-born United States citizen to serve as secretary of state.”

THE WASHINGTON POST
Reviewer Mario Del Pero, professor of International History at the Institut d’études politiques/SciencesPo of Paris, say the book fails to back up its title.

“Niall Ferguson wants us to reject the stereotyped image of Henry Kissinger as a cynical, amoral realist. He’d like us to believe that Kissinger was a kind of tormented idealist who believed in the “need for a moral foundation for foreign policy.” Ferguson goes to great lengths — nearly 1,000 pages, in fact — to construct his argument, but ultimately it proves unconvincing.”

“Kissinger was in reality a fairly conventional thinker who followed the vogues of the times far more than shaping them. Despite what Ferguson wants us to believe, he rarely challenged power (or who was in power) as other international relations experts, like Hans Morgenthau and George Kennan, were prone to do.”

“Indeed, he appears remarkably free of the bitterness one might expect from a German-Jewish soldier who had returned to liberate his former homeland from the Nazis. This is not to say Kissinger was not profoundly affected by what he witnessed. But taken together, Kissinger’s experience in Germany, both as an adolescent witness to the collapse of the Weimar Republic and the rise of Nazism and later as an officer in the US Counter Intelligence Corps charged with the denazification of the population in 1945-46, did not seem to affect him in the way that has often been speculated on by those who have only taken a superficial look at the early stage of his life: making him deeply skeptical of democracy.”

THE FINANCIAL TIMES
The Times turns to British Lord Chris Patten, chancellor of the University of Oxford, who highlights one of Kissinger’s blind spots and concludes that he’s on edge waiting for Volume 2.

“Ferguson argues that for all Kissinger’s expertise in German affairs, his problem was that he knew more about his country of birth than he did about the country of his citizenship. As late as 1959, the biographer suggests, Kissinger had probably visited fewer than 10 of America’s 50 states. This must have contributed to one of his major blind spots: his inability to understand that the aristocratic Governor Nelson Rockefeller, to whom he hitched his wagon, was increasingly unlikely to attract majority support in a Republican party that was moving at a canter to the right. He was horrified by the rabid intolerance of rightwing Barry Goldwater supporters at the 1964 Republican convention, just as he was later shocked by the antics of the anti-Vietnam war left on university campuses.”

THE INDEPENDENT
Marcus Tanner calls the book an attempt to redeem Kissinger. Tanner, a journalist specializing in Eastern and Central Europe, the Balkans and Celtic countries, notes there is plenty of evidence to back up the warmonger moniker.

“The problem with the middle and latter half of the book is that Kissinger was not a particularly significant player for an awfully long time … he flitted in and out of government, working unhappily for the Kennedy administration for a bit but then attaching himself for years to Nelson Rockefeller – the man who was always going to be the next Republican president but who never actually made it.”

“Of Vietnam, he told his patron, Rockefeller: “I do not like our country to be thought of in terms of the cynical use of power. Our strength is principle not manipulativeness. Our historical role is to identify ourselves with the ideals and deepest hopes of mankind …Not the advice of a cynic, evidently, although it begs the question of how such a man then ended up backing carpet-bombing Cambodia. We will have to wait for volume two to find out.”