Is ‘City On Fire’ Too Big To Fail? 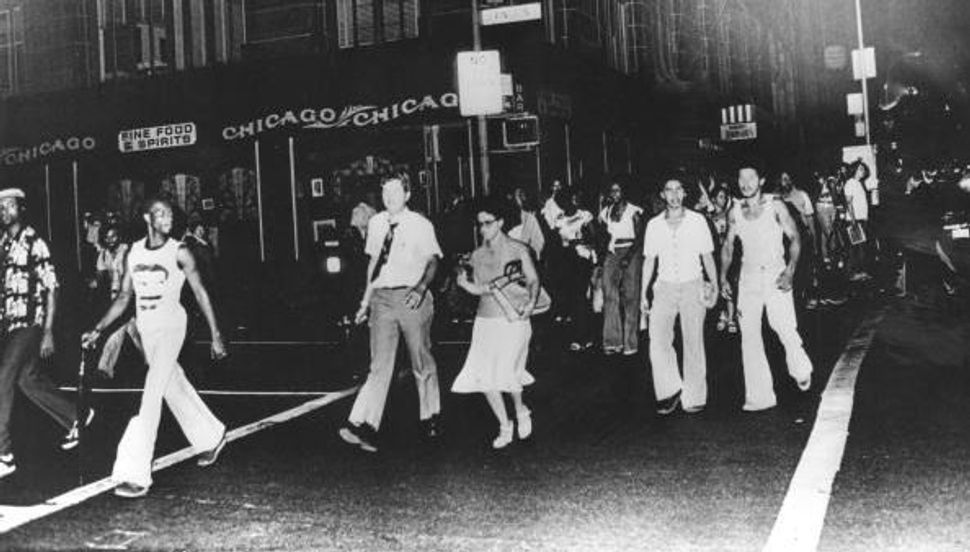 It may not be possible to speak of Garth Risk Hallberg’s debut novel, “City on Fire,” without mentioning a few numbers. So here goes:

The book’s 944 pages include some facsimile interludes and reproductions of fanzines, letters and typewritten, booze-stained long-form reportage, all ostensibly written by various characters. It fetched a breathlessly reported sum of nearly $2 million after a nine-editor, seven-publishing house bidding war.

The numbers are no less conversation stoppers than they are conversation starters: It’s tempting to assess the work in terms of the payday ($2,118.64 per page!), and tempting, too, to write off the whole thing, to begrudge it as a self-indulgent sign of super-sized times. Of course it’s also possible to talk of ambition, of scale, of the risks a first-time novelist assumes when he takes on a project of this scope. (Hallberg published a novella, “A Field Guide to the North American Family,” in 2007, and has made a bit of a name for himself as a critic with the online magazine The Millions, where he has written in the defense of very long novels, in what now looks like a canny advance marketing campaign.)

One thing “City on Fire” makes abundantly clear is that 900-plus pages provide a lot of padding for the high-wire act: What might be promptly perceived as glaring plot holes or oddly conservative characterizations in a shorter book are buried beneath the onrush of even more things and people taking a turn — and another and another and another — on the page. Like freshly fallen snow coating dirty city streets, the accumulating details help, at least for a while, to cover up improbable contrivances. The novel might be described as, deliberately and perhaps cynically, a book too big — too buzzy, too au courant, too admirably audacious — to fail. And here’s the thing: There are moments of engaging honesty here, of a fan’s passion for a city and the stories that animate it and give it a life and a past and a present and a future. But here’s the other thing: In trying to grab at quite so many stories — what the prologue cheesily but apparently dubs sincerely “the insanity, the mystery, the totally useless beauty of the million once-possible New Yorks” — the novel stalls and sputters and ultimately falls apart.

The event that galvanizes “City on Fire,” a shooting in Central Park, takes places on New Year’s Eve 1976; the central action culminates the morning after the July 13, 1977 New York City blackout. But, with its ambitious eye trained on the epic, the novel also looks into the future (it must surely be illegal for a New York novel written after September 11 to unfold without at least referencing September 11, no matter the timeline of its main action) and investigates the more distant past in an attempt to understand the motivations of its characters.

Of those characters, there are more than a few: Samantha Cicciaro, the beautiful teenage shooting victim, is found, bleeding and comatose, by Mercer Goodman, the black, gay Southerner in New York who writes the Great American Novel. Mercer happens to be the lover of William Hamilton-Sweeney, aka. Billy Three-Sticks, the onetime singer and founder of the short-lived but influential punk band Ex Post Facto. William, now a painter and a relapsing heroin addict, is the estranged brother of Regan Hamilton-Sweeney. She is recently separated from her husband, Keith Lamplighter, who was having an affair with Sam before someone shot her. ‘

Oh, but there is more! William and Regan are the scions of a family so wealthy and important, it has an eponymous New York building. And their family business has been insidiously appropriated from the inside by Amory Gould, the so-called “demon brother” of their stepmother (also evil). Part of Amory’s coup involves a scheme to rezone blighted neighborhoods, in which he is aided by the Post-Humanists, a pseudo-Marxist, pseudo-nihilist collective led by Nicky Chaos, who broke up Ex Post Facto with his insatiable, if wholly unsubstantiated, ambitions. Nicky was also once Sam’s lover, and he now serves as a kind of mentor to Charlie Weisbarger, Sam’s best friend who wants to avenge her. But does avenging Sam mean submitting to Nicky’s philosophy (barely half-baked, but obviously compelling to a suburban teen who feels out of place in the Jewish family that adopted him and experiences possibly prophetic visions of Jesus)? Or does it instead mean cooperating with Larry Pulaski, the polio-scarred police detective on the verge of retirement, if only he can crack this one last case?

One curious aspect of “City on Fire” is something that is never really a question for the reader: The novel is quaintly clear about the “good” and “bad” guys, even if it allows for some ambiguity in the good guys’ actions. It is perhaps in this sense that the book is Dickensian, a descriptor that will inevitably attach itself to a work of this length and with such a large cast of characters: There are clear villains and clear heroes, and most of the heroes have lost one parent and then were betrayed, perhaps inadvertently, by the other parent, and now they are trying to do their best to resist cynicism, to survive in a cruel world. The Bronx burns (spoiler alert — it’s the villains’ doing), and the city is falling into bankruptcy and despair, and only love can save the day.

There is a reason this sort of story sells time and time again. But it demands a bit of humor, too, and it is this that is, I find, missing in “City on Fire.” (The lack keeps the book from being truly Dickensian.) I am not suggesting that a book must be funny in order to be affecting, but rather that the characters in this one, for all that we come to know of them, are strangely flat in the final analysis, and this may be because they are rendered with such infinite, such careful, such self-conscious seriousness. They are “too neatly or thinly drawn, too recognizably literary, to confront us with the fact that there are other people besides ourselves in the world, whole mysterious inner universes.”

That description comes from “Why Write Novels at All?” a 2012 piece of criticism Hallberg wrote for The New York Times Magazine. Assessing the work of writers like Zadie Smith, Jonathan Franzen, David Foster Wallace and Jeffrey Eugenides, Hallberg suggested that i for novels to remain relevant, they must both delight and instruct. “City on Fire” models the dangers of instruction without delight: It is as though in the attempt to represent the milieu accurately, to get at what makes the characters — or at least the most valiant and worthy among them — tick, Hallberg has created a panoramic vitrine in which everything is just so but nothing can breathe.

And maybe this has something to do with length: Brevity is, after all, the soul of wit. Or maybe it has a little to do with difficulty: “City on Fire” is, putting aside the physics of reading such a long book, ultimately very straightforward and somehow too clear. And this may be why the Ex Post Facto lyrics that give the novel its name — “City on fire, city on fire / One is a gas, two is a match / and we too are a city on fire” — in their obscure, concise directness, tell us far more than “City on Fire” ultimately can.

Is ‘City On Fire’ Too Big To Fail?