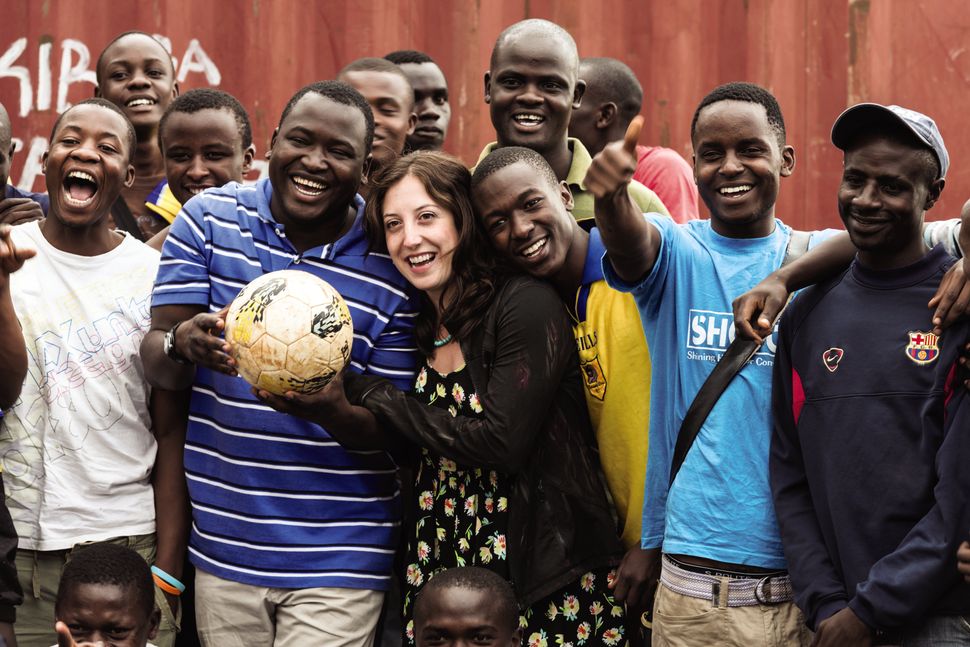 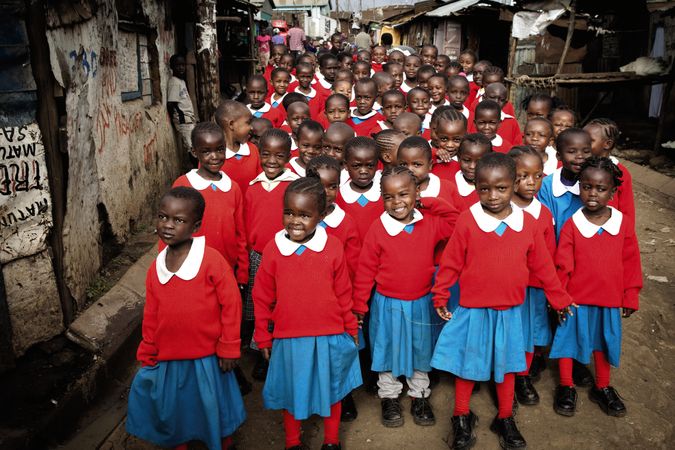 The couple are the co-founders of Shining Hope for Communities (SHOFCO). It’s a not-for-profit organization that provides social services in Kibera, Africa’s largest slum. Located in Nairobi, Kibera is home to hundreds of thousands of people, the majority of whom are unemployed. When SHOFCO got its start in 2004, Kibera lacked, among other things, clean water, working toilets and affordable health services.

Odede and Posner’s new memoir, “Find Me Unafraid” (HarperCollins), recounts the work they’ve done to change all that, and the development of the love they’ve formed along the way.

“We wanted to share our story in the hopes that it will inspire people,” Posner said. “I think that sometimes the problems in the world feel so daunting and so big, and our message is that you can actually do something, you just have to take the first step.”

Odede, now 31, was born in his family’s village when his mother was 15; his was a breech birth conducted without medical care. The fact that both he and his mother survived was a miracle, and the village interpreted it to mean great things for the new child. When he was young the family moved to Kibera, where, as he wrote in an Op-Ed for The New York Times in 2014, the average life expectancy is 30 as opposed to 64 in Kenya at large. Life in Kibera was ruthless, especially once Odede ran away from home and joined a group of homeless boys.

“My friends, most of them are dead,” he said “Some were killed by the police, and for me even at an early age, I stole one mango, and I almost got killed by mob justice.”

Pain, hunger, poverty and desperation characterized his life and the lives of those around him.

“I got into a lot of drugs,” he said, “and using drugs was a way of running away from the challenges and the pain.”

Odede could have continued on that path had he not scraped together the resources to learn English, with the help of both an American family that took an interest in him and a local priest who briefly financed his schooling. While he learned the language, he became a voracious reader.

“The reading became my way of drugs,” he said. “I just read books, and my mind goes somewhere else.”

Inspired by the writings of Martin Luther King Jr., Nelson Mandela and Marcus Garvey, Odede started channeling his anger at the quality of life in his community into a productive attempt to change it. One day, on his way home from work, he purchased a soccer ball for 20 cents and started a soccer team, which became SHOFCO’s first project. 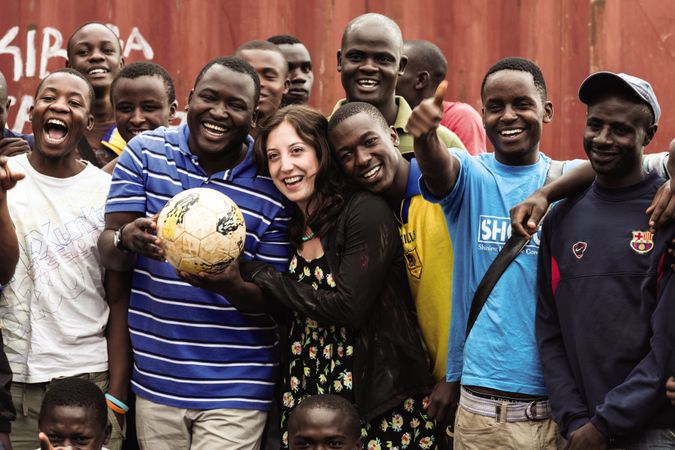 Born into a Jewish family in Denver, Posner, who is 29, first arrived in Kibera in 2007 as a junior at Wesleyan studying abroad. An actress since a young age, she’d contacted Odede asking to join SHOFCO’s efforts to reduce gender-based violence through street theater. She quickly moved in with him, against his protests — no white person had ever lived in Kibera— abandoning the middle-class homestay she’d been assigned.

“There were so many accidents, almost, that turned into moments of opportunity,” she said.

Posner and Odede fell in love, but when she went back to the United States at the end of the semester, neither of them expected that they would have a future together. Political violence, however, struck Kibera hard following elections in 2007, and Odede, as a prominent community leader, was in immense danger. Posner, at home in Denver, helped him escape. Several months later he joined her at Wesleyan, admitted on a full scholarship despite the fact that he’d previously had almost no formal education. While he was there, he and Posner began plans for The Kibera School for Girls, which they opened in 2009. At that point Posner began acting as SHOFCO’s co-founder and chief operating officer. The rest of SHOFCO’s offerings — a health clinic, working toilets, a source of clean water for the slum and economic empowerment opportunities, to name a few — quickly followed, funded by the Newman’s Own Foundation, Echoing Green, a Do Something Award and a Katheryn Wasserman Davis 100 Projects for Peace award, among many others.

It was a unique model. Women in Kibera suffered from gender-based violence and discrimination. Odede had witnessed the brutal consequences of this inequality — young girls raped, mothers abandoned by their spouses and left with no means to feed their families, efforts by women to increase their economic mobility sabotaged violently — and he knew that the first step to bettering the quality of life in Kibera was making women a positive component of change.

“Taking schools for girls and connecting them to holistic social services transforms communities,” Posner said, “both today, by providing the services they need, and in the long term, by creating next-generation leadership.”

“Before, it was normal to beat your wife,” Odede said, “but no longer. And men love this school because they are also benefiting.” While elections frequently provoke violence in Kibera, he said, now “every election the men come protect the school. They could come and destroy it, but they’re coming to protect it, you know.”

“The whole premise of the model,” Posner added, “is that connecting a school for girls to services changes attitudes towards women, and so we measure that really rigorously. I think we’re seeing a community that felt disempowered kind of rise up and say, ‘We can do something for ourselves.’”

They see this model going far. “Urbanization I think is the biggest issue our world will face in the next 50 years,” Posner said, “because of climate change, because of change in work and migration, people are leaving rural areas and coming to cities, and they’re coming without education and without skills, and so they’re ending up in slums. And so I think that there is so much need for a model like SHOFCO that can be taken and employed by people living in urban slums across Africa and beyond.”

The couple married in 2012 — the first time anyone in Posner’s family had married outside the Jewish faith — and are raising Odede’s youngest brother, Hillary, age 10, who takes up most of their time outside of work. While they’ve recently opened a school in Mathare, another Nairobi slum, their home base is still Kibera —they divide their time between there and Brooklyn.

Although Odede and Posner have been in the public eye as SHOFCO’s founders for a while, they still say they’re not entirely comfortable with being in the spotlight.

“I’m still waiting to be special,” Odede told me .

Posner agrees. “I don’t think we think (we’re) that successful because I think that we always see that there’s more that can be done,” she said.