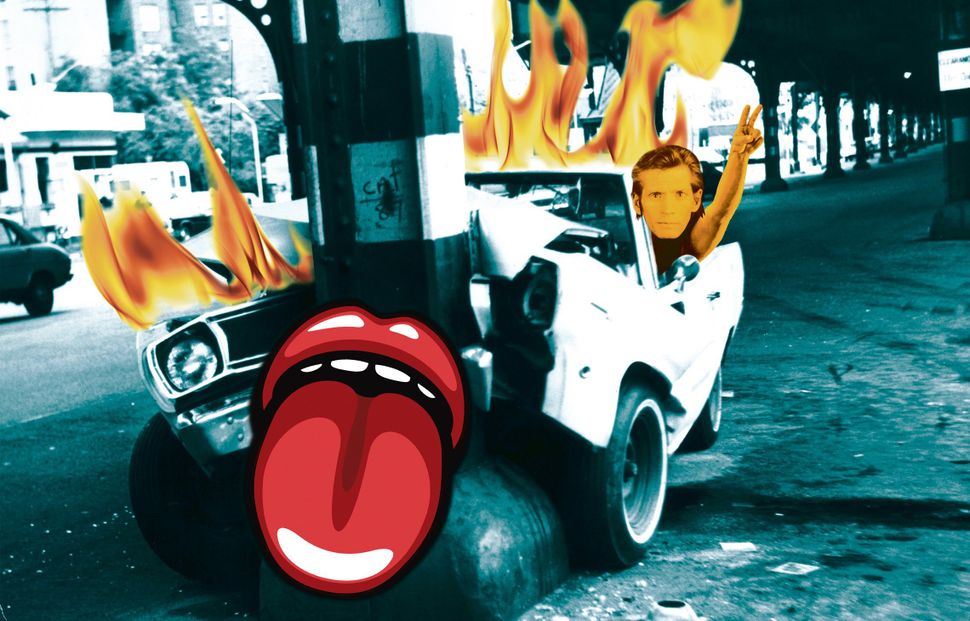 I remember New York in the 1970s. We were just kids. The city was on fire and we listened to vinyl. We lived in the Chelsea Hotel, all of us: me, Robert Mapplethorpe, Patti Smith, Lou Reed, Ultra Violet, Shel Silverstein, Margot Kidder, Richard Pryor, Bianca Jagger, Roger Angell, Joey Ramone, Debbie Harry, George Plimpton and me again. That was just the third floor. We only cared about art and drugs, except that we didn’t care about art. Our lives overflowed with possibility and we gave one another little gifts that we had stolen from our grandparents. New York was our temple and we were its priests. We demanded that people worship us. They did, because we had publicity on our side.

You couldn’t throw a dime in those days without hitting a poet who would keep the dime and spit in your face. Nothing mattered to anyone, and it was glorious. One afternoon we woke up at 2 p.m. and went to a wig shop on 17th Street, run by an elderly Hasid who was almost totally blind. We stole a hairpiece from him and named it Norman Mailer. Then we went home and wrote poetry and cried.

One night we heard that Andy Warhol was screening a film at a former butcher shop that used to be a slaughterhouse but was now an art gallery. In those days you couldn’t be an artist without attending a dinner party, so we threw ourselves a dinner party and then we went to the show, high on sex and drugs and art. We stood around and talked about art and sex and drugs but mostly drugs. Then we did drugs and had sex. Andy screened the film, “Manhattan in Chains.” It went on forever and it was really boring, but we were happy because we were rock stars.

Soon after that, we heard that someone was recording an album in an abandoned warehouse on the Lower East Side. We couldn’t go because we’d sold our shoes to buy a typewriter and then thrown the typewriter out the window because it was broken. Instead, we all did drugs and recorded our own album. Then we did more drugs and went to temple because it was Shabbes.

In those days, the city was rife with possibility and rats. We didn’t care about anything because we were young and brilliant and beautiful. I desperately wanted a hat because it was winter and I was cold. Robert Mapplethorpe saved up money that he stole from bargain shoppers in Chinatown and bought me one. He gave it to me in a straw basket that he’d tied with a lavender ribbon; I ate the hat because I was hungry, then I used the ribbon as toilet paper. New York was like that — wild, free and filthy.

No one remembers this now, but in the 1970s, New York had no doctors. If you got sick, you had to treat yourself. But, apart from those who died tragically, none of us got sick because we were young. Instead, we hung out in Washington Square Park, reading poetry and playing instruments that we’d borrowed from people with money. We’d all dreamed of being artists, and here we were, making art and in love, all of us. It was lowbrow, it was highbrow, it was garbage, it was real, and photographers took pictures of us because we were so authentic.

We were all searching for something. I’m not sure what it was: probably a warm jacket, or free soup or art that was true and made you feel human. We reached, we strived, and we wore old coats that we stole from the morgue at the insane asylum. In the summer, we went to the park and fell asleep in the sun because we were tired. Sometimes we went to the suburbs to steal food from our parents and we felt alienated and alone. Only the city could provide the rebellion, the noise and the stabbings we needed to feel alive. We were abandoned waifs who sat in the back of the bar and jeered the other poets while blowing our noise on back issues of The Village Voice. Then we’d go back to the Chelsea and wait for the phone to ring. But it didn’t, because everyone was already there. Also, we didn’t have a phone.

New York then was so much better than New York is now, and I don’t care how many subterranean garden walking paths they’re planning to build, it was certainly better than New York will be in the future. I long for a city where you could simultaneously be an unemployed male prostitute and avant-garde film star. No one would judge you; in fact, they’d celebrate you, especially after you went missing and they found your body floating in the Hudson. I miss the old town where the girl at the bodega could be a bitter rival out to destroy your career and steal your man, where everything was a blank canvas and a crime scene, where Andy was Andy and Lou was Lou and we were just vinyl-listening kids in a city on fire.

Where has my city gone? I don’t know. Right now I’m off to Paris to receive a literary award. I hope some city, any city, but preferably New York City in the 1970s, is here for me when I return. That was the best time of my life. I wouldn’t exchange it for anything. Except for maybe Prague in the 1990s.

Neal Pollack is the author, most recently, of “Repeat” and the forthcoming “Keep Mars Weird.”