The Problem With Mammograms 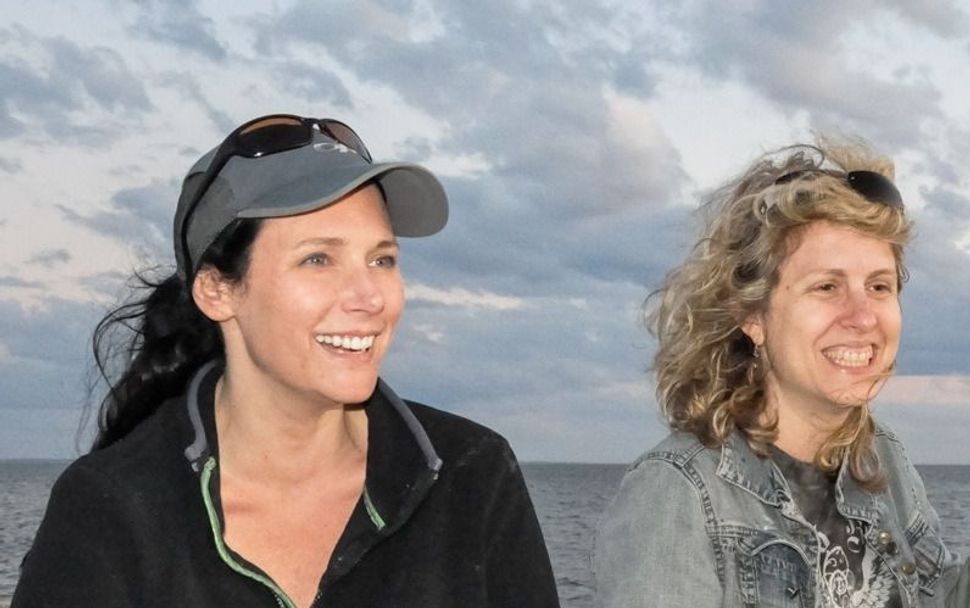 Hallie Leighton had dense breasts — a fact she discovered only in her late 30s, via a mammogram. She grew up in an Ashkenazi family in New York, pursued a career in writing and worked with organizations promoting peace between Israelis and Arabs. By 2013 she was making a documentary on her father Jan Leighton, an actor who set the record as an actor for appearing in the most roles (2,407 according to the 1985 Guinness Book of World Records). She was never able to complete it. She died that year, at the age of 42.

Every woman in Leighton’s family had breast cancer, so she began getting annual mammograms at 35 — five years earlier than the recommended age. In 2009 the results of Leighton’s mammogram came in as “negative” or “normal”; by 2013 she was bedridden, undergoing her final days of chemotherapy.

When Leighton was first diagnosed in 2010, her doctor told her, “You have breast cancer, and it was there in 2009.” The tumor in Leighton’s breast went undiscovered until it was palpable — and at that point, the cancer was already in stage 4.

“Happygram,” a documentary which exposes some of the shortcomings in mammography, chronicles Leighton’s struggle with cancer and the implications of having dense breasts.

“Most women simply aren’t informed that they have dense breast tissue,” said Leighton’s best friend Julie Marron. She wrote and directed the documentary, which is currently screening at film festivals around the country.

Breast density is defined by the relative amount of fat in relation to the amount of connective and epithelial tissue (tissue that lines blood vessels and cavities). When more than 50% of breast tissue is connective and epithelial tissue, instead of fatty tissue, the breasts are considered dense. Mammography is the only way to determine breast density.

“If you have dense breasts, what looks dense on a mammogram looks the same as a cancer would look. It tends to confuse or confound the physician, and reduces the sensitivity of the mammogram,” said Gerald Kolb, founder and president of The Breast Group, which counsels clients on different technologies in breast care. “Hallie Leighton’s breasts looked like snowballs; there was no chance they were going to find anything with the mammogram.”

Forty percent of women who are screened for breast cancer have dense breast tissue. These women also account for more than 70% of all invasive cancers. “Mammograms are not very effective screening tools for these women, as they miss between 50% and 75% of all invasive cancers in dense breast tissue,” Marron said. “This is obviously a very critical issue when you are dealing with a population that is more likely to develop cancer.”

Ashkenazi women are even more at risk. They are 1.6 times more likely than the general population to have dense breast tissue, according to Kolb. Moreover, one in 40 Ashkenazi women will test positive for one or both of BRCA gene mutations responsible for breast cancer. For the general population, that number is between one in 350 and one in 800.The BRCA 1 or 2 genes don’t cause cancer, they fight cancer, Kolb says. But if the gene is mutated, the body is not as well equipped to fight the cancer.

“A woman with a BRCA mutation has a lifetime risk of around 33% to 87%, depending on the gene and mutation,” Marron said. “Compare this to a lifetime risk of 12% for developing breast cancer for the overall population.” BRCA gene mutations can be inherited from either or both parents, and therefore they can be present in men as well as in women.

Breast density and BRCA gene mutations are not directly related, but both independently present an increased susceptibility to breast cancer.

“The biggest risk is that a doctor is not going to find the cancer when it’s really small,” Kolb said. When a tumor is detected at a centimeter or smaller, there’s a 95% cure rate. But if the cancer is the size of a golf ball by the time it’s detected, Kolb says, the woman has a 60% chance of living for five years, and then her mortality increases dramatically.

The good news is that mammography isn’t the only method of detecting breast cancer; the bad news is that very few people know this. “What we’re trying to do in the density movement is give women enough information so they can ask appropriate questions of a doctor,” Kolb said.

Kolb advises high-risk women to get a genetic risk analysis, which can be performed by a genetic counselor or a radiologist. He advises getting the risk analysis as early as age 25, but doing so is a personal decision. Not every woman is emotionally prepared to know the results.

“Mammography is a starting point,” said Dr. Dennis McDonald, a California-based women’s imager. Additionally, doctors recommend that women with dense breasts get an MRI, which McDonald says is reserved for high-risk women. It’s an expensive, invasive and time-consuming procedure that requires the injection of fluid in order to read the MRI. As of yet, doctors do not know the side effects of getting an annual MRI.

“A doctor should have started [Leighton] on an MRI right away. She was high risk and they chose to just monitor with a mammogram,” Kolb said. “That’s insufficient.”

Breast ultrasound is another alternative for women with dense breast tissue. “Most of the time, breast density doesn’t present a problem [with ultrasounds],” McDonald said. Though the ultrasound is effective in detecting cancer, he says the downside is that radiologists are often not that comfortable with the technology, simply because they have little experience with it. There are also a lot of false positives, he adds, which result in unnecessary exams or biopsies.

As “Happygram” documents, informing women of their breast density and of alternatives to mammography is a highly charged political issue.

“The whole breast cancer industry has grown up around mammograms,” Marron said. “Physicians weren’t educated on [breast density], deliberately so to a certain extent, and refused to inform patients on this issue, which is really outrageous if you think about it.” Marron says that doctors are required by law and ethical guidelines to inform patients of “material” medical information. “There is no legitimate reason that women have not been informed of this information,” she noted.

After Leighton’s diagnosis, she wanted to ensure that other women didn’t suffer the same misfortune of all-too-late tumor discovery on account of dense breast tissue. She gave media interviews, lobbied in Albany and starred in “Happygram,” all the while undergoing chemotherapy. She died four months after the Breast Density Information Bill passed in New York.

The law requires that every mammography report given to a patient with dense breasts inform the patient in plain language that she has dense breast tissue and that she should talk to her physician about the possible benefits of additional screenings. In New York, the first state in the nation to pass this kind of law, at least 2,500 women with dense breasts and invasive breast cancer received “normal” or “negative” results on their mammograms.

Similar legislation has been passed in more than 20 states throughout the country, but not without objection. Many well-intentioned radiologists, poorly informed about alternative screening options, feared that telling women the limitations of mammography would cause them to lose faith in it altogether and not get tested. Others argued that the information would make women anxious, and that it wouldn’t be fair for those who couldn’t afford additional testing. And still further arguments against informing women were possibly impacted by financial considerations, Marron added.

“Women aren’t getting the benefit of full notification across the board yet,” Marron said. “I think that has to change through education. That’s the primary reason we made this movie. There’s been so much resistance within the medical community to telling women. Change isn’t going to come from the medical community, it has to come from the patients.”

Ashkenazi women shouldn’t panic, Kolb says, but they need to carefully examine their breast density and alternative screening options: “Anytime you have a preventative tragedy like that, you have to do everything in your power to stop it from happening.”

Madison Margolin is a freelance writer based in New York. She writes frequently for the Village Voice.

The Problem With Mammograms