The Lewisohn Sisters Put the Ooomph in Do-Gooding 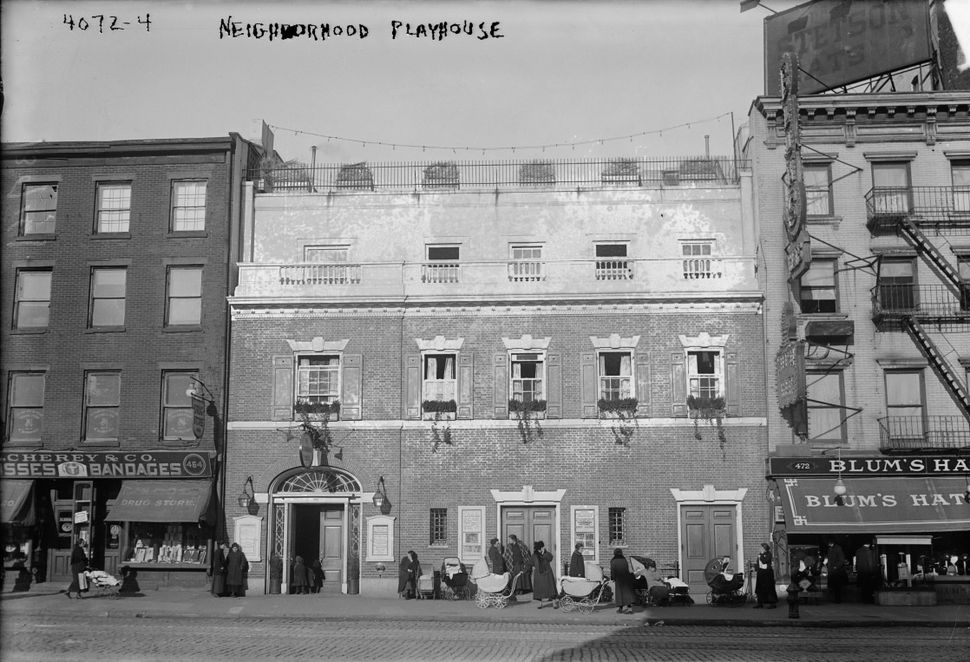 Manhattan’s Lower East Side of yesteryear conjures up images of dense and inhospitable streets filled with immigrants determined to get on with the business of becoming American, as well as with social reformers equally determined to accelerate that process. Though well intentioned and good hearted, these reformers, we’re apt to think, were often tone deaf to the complexities of their clientele.

Many were, to be sure. But some displayed an unusual degree of sensitivity, mindful of the costs of Americanization as well as its benefits. Encouraging immigrants and their children to retain rather than jettison their traditions, to celebrate the Old World as much as the New, these so-called do-gooders enabled America’s newest residents to feel increasingly at home, secure in their footing.

It wasn’t that the more sensitive among them touted the virtues of Yiddish or the meaningfulness of the Jewish dietary laws. They didn’t. Instead, they made room for, and celebrated, Jewish cultural expression, affirming the ongoing value of Jewish folk song and dance, ritual and text. Through the medium of art, aesthetically oriented reformers brought out the “poetic fancy” of Jewish life.

At the top of anyone’s list, then, as now, were Alice and Irene Lewisohn — the “Misses Lewisohn,” as they were called well into their dotage and long after Alice Lewisohn had become Mrs. Crowley. The daughters of Leonard Lewisohn, who had left them as well as their six siblings an enormous fortune, they could easily have slipped into the role of socialite, hobnobbing with the rich and famous rather than donning the mantle of social reformer and consorting with the poor.

At first, working in concert with Lillian Wald, founder of the Henry Street Settlement House and a close friend, the Lewisohn sisters didn’t just “assign” local kids “to nice, innocuous games,” as one eyewitness would have it. Instead, they fashioned them into dramatic groups and “conjured up festivals” whose calendar, as well as content — heavy on “pantomime ballets,” then very much in vogue — coincided with the Jewish holidays of, say, Passover or Shavuot. “The young people of the neighborhood respond in a magical way to a stirring of their emotional inheritance,” the New York Times observed, noting how the arts enabled them to “interpret ancient traditions that were once so full of meaning.”

Over time, these seasonal, amateur displays gave way to more regularly scheduled and increasingly professional theatrical performances and, in 1915, to the establishment of an independent entity, the Neighborhood Playhouse, and an in-house repertory company, both of which were funded largely through the Lewisohns’ largesse. Sticking out like a sore thumb amid the neighborhood’s utilitarian, dreary tenements, the handsome, Georgian-styled building at 466 Grand Street put on plays during the weekend. On all other nights, and sometimes during the day as well, it showcased the latest exemplar of the dramatic arts: the movies. Only those films that “are up to the minute are shown,” one habitue reported. “The pictures are chosen with the greatest care so that they will be suitable for the mixed but critical audiences that visit the playhouse.”

From Stravinsky’s “Petrouchka” to Ansky’s “The Dybbuk,” its theatrical productions were also selected and mounted with great care and elan, so much so that, little by little, the Neighborhood Playhouse was increasingly touted for the plays it mounted rather than for the films it screened. Early in its history, the intimately scaled theater was known for its “vicarious air of professionalism.” By the 1920s it had become a center of innovative and experimental theater, the doyenne of drama, drawing adventure-seekers and theater buffs from across the city despite its inconvenient location downtown and its hard, “unyielding” seats.

At the conclusion of its acclaimed 1927 season, the Lewisohns decided to close up shop on the Lower East Side. Having kept the Neighborhood Playhouse going for a dozen years and at the cost of well over half a million dollars, they felt it was time to pause, to think through what lay ahead. A victim of its own success, the Neighborhood Playhouse, Irene Lewisohn explained, needed room to grow, inside as well as out. The small size of its auditorium, coupled with its “remote” location, hampered its future. “Economically, and from the working angle, and in view of our geography and the psychology of an audience, our present system is not conducive to the fullest development of creative expression,” she acknowledged.

In its new uptown location, the Neighborhood Playhouse went on to enjoy a storied reputation for training a who’s who of actors, among them Robert Duvall, Allison Janney and Gregory Peck. Downtown, 466 Grand Street eventually became home to the Abrons Arts Center, whose contemporary innovative programming was recently profiled by The New York Times. But that’s another story.

The one I want to tell salutes the Misses Lewisohn for expanding the shelf life of Jewish culture and for enabling earlier generations of young American Jews to find meaning in their own traditions. While we wanted to “widen the vision of the children and to broaden their horizon,” Alice Lewisohn related, our “wish” was also to “revitalize and interpret for them their own traditions and symbols.” In this, we have been successful. “The wonderful enthusiasm with which they respond to every suggestion and every effort to direct their marvelous gifts repays one a thousand times over.”

The Lewisohn Sisters Put the Ooomph in Do-Gooding