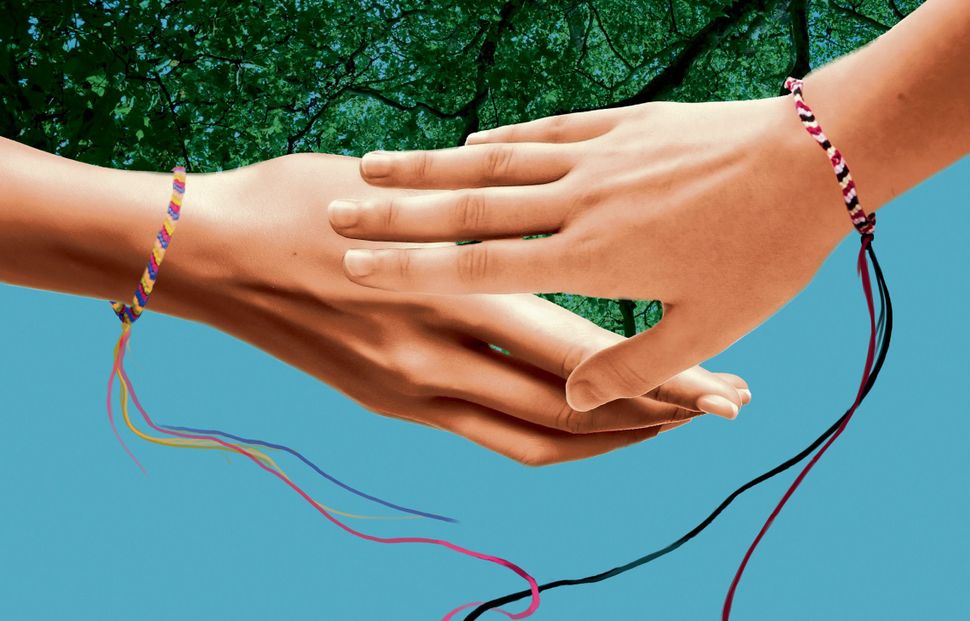 I’m sitting in the dirt trying to talk to a tree. It’s day two of SoulQuest, a weekend Jewish spiritual retreat in upstate New York, and one of the group leaders, a soft-spoken woman with a wide smile, has instructed us — dared us — to have a conversation out loud with nature. She also suggests that we talk to God, but that idea feels even more foreign to me than chatting with a tree. A girl hops nimbly onto a stump in front of me, places her palm on the stump’s surface and closes her eyes. I quickly force myself to refocus, looking down at the prayer typed on the balled-up print out in my hands and try to clear my head. For the millionth time I ask myself why I’m even here. 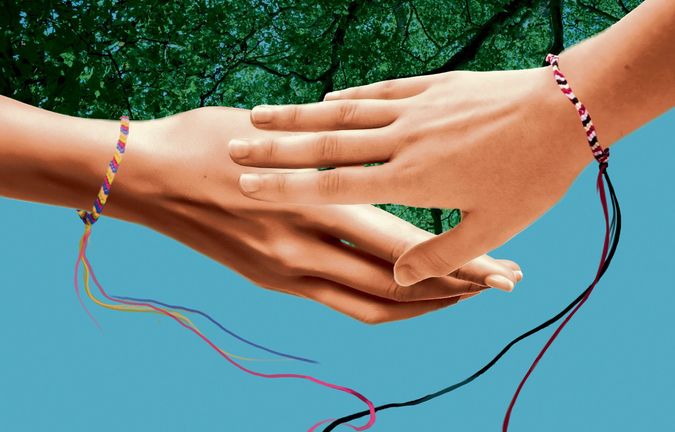 For a long time, I felt fairly certain that my only claim to being Jewish was the fact that I liked “Curb Your Enthusiasm.” Well, that and my inexplicable and almost exclusive affinity for tall Jewish boys with curly hair. When I made the leap from New York City to Kansas for college, my mom, rightly anticipating that the transition would be unnerving, sent me a link to a Jewish sorority on campus, which I quickly brushed off. She also sent me links to Chabad and Hillel, at which I took a half-hearted stab, making an appearance at a few Sabbath dinners, eating my matzo ball soup and then, my sense of duty absolved, ending the night at a run down bar.

Arriving at SoulQuest — a weekend retreat designed to develop our Jewish identities — felt a little bit like those first few weeks of college. I was mostly just nervous all the time and did a lot of vigorous nodding.

We came together in a circle in the grass and I watched with a mixture of envy and admiration as people around me spoke about God and Abraham. I fidgeted, recrossing my legs, acutely aware that I was the only person in the entire group who hadn’t spoken. For the first time, I cursed myself for not going to Hebrew school. My mind was blank. Well, not blank. I was mostly worrying about the fact that the schedule said we would be engaging in “Playful Dance” at 9:30 and if that would somehow require us to get up on stage and perform.

I tried to calm myself, figuring that nothing could be quite as uncomfortable as earlier that day, when everyone broke out into a Hebrew song and, not knowing the words or the language, I feigned fascination with the green wristband they had given us for cafeteria admittance. Every once in a while I would look up and watch as people closed their eyes and sang, swaying, completely and unselfconsciously in the moment.

Upon rounding off the singing with a long group hug, one of our leaders said, in the kindest, most earnest way possible, that it might be beautiful for us to all hold hands and walk to lunch together. I quickly wiped my palm on my leg and clasped the girl next to me. As we made our way through the campground, I thought about my brief stint with a meditation group in college, which, up until that moment, I had successfully managed to block out. I had really only joined because I was so irritated with myself that I was still ruminating over a break up. Every Wednesday we sat in a circle, closed our eyes and tried to achieve nothingness. It never worked. When we all opened our eyes, everyone was smug. “You guuuuuys. I love this group,” one girl said as everyone smiled sleepily at each other. I stopped going.

The lunchroom at SoulQuest was set up cafeteria style. Meals, I was quickly learning, were a strange and oddly thrilling affair. Everyone sat around and spoke cheerfully about his or her neuroses and anxieties. They spoke about big ideas and life thoughts and everybody nodded knowingly and asked follow-up questions. I had learned, from general past negative responses, that sharing deep-seated neuroses and life thoughts was something that I should save for long-term friendships and my mom. Sure, I could share my more acceptable quirks with the world. (“Ughh, I watched so much Gilmore Girls last night.”) But when I pushed the envelope a little bit more — there was always the risk of a blank stare or a halted response. Here, it was somehow completely normal to overshare, and almost required.

On the last night, we gathered in a beige community room, chairs pulled into a circle to listen to one of our group members sing. She got up and introduced the song as one that she had learned with her father. It was traditionally supposed to be performed by a man and she sang it in Hebrew, sweetly and clearly. We all watched her silently, intently, and when she was done, she went to return to her seat. “Wait!” one of the guys called out. “Can you sing that again?” This time, people slowly joined in. For the first time, I really listened, realizing that the tune was actually pretty easy to decipher. I joined in, probably inventing Hebrew words as I went, but it didn’t really feel like it mattered.

We moved on to the “Playful Dance” portion of the night which was actually just the lights out and an iPod plugged into speakers playing the BeeGees. I was dancing too, and found I wasn’t really thinking at all. Later that the night, partly under the influence of sweat and two cups of wine, but mostly out of a rush of affection, I demanded a group hug.

The next afternoon, we boarded the train back to New York City, arriving to a congested Penn Station. As I watched everyone break apart, walking toward different subways and exits, I had a sudden urge to stop them from leaving.

My mind felt unusually silent as I got off the subway and walked up the block towards my apartment, listening to the sound of my flip-flops clomping on the pavement. As I made my way to the front door, I eyed the plastic-looking potted plant parked right outside. I dare you, I thought. I paused, reached out, put my hand on the plant and whispered hello.