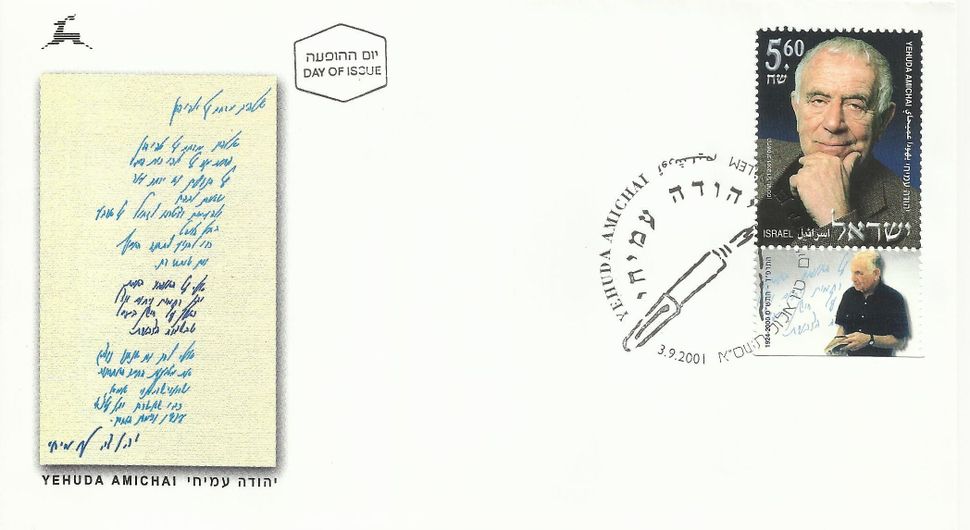 Among readers of the hugely popular Israeli poet Yehuda Amichai (born Ludwig Pfeuffer, in Würzburg, Germany), perhaps the most acutely perceptive was the American poet Anthony Hecht. Reacting to Amichai’s “Open Closed Open”, included in the present collection, Hecht termed it “as deeply spiritual a poem as any I have read in modern times, not excluding [T.S.] Eliot’s ‘Four Quartets,’ or anything to be found in the works of professional religionists. It is an incomparable triumph. Be immediately assured that this does not mean devoid of humor, or without a rich sense of comedy. There is, in fact, an important ingredient of irreverence that plays a central part in the poet’s deepest meditations.”

In a letter to a friend in 2000, Hecht added that Amichai’s book was “not only superb, but would, all by itself, have merited a Nobel Prize.”

As Hecht noted, Amichai’s world fame is, in part, a result of the fact that his work translates directly, as if without intermediary, into foreign languages. This is not just because Amichai has attracted an array of brilliant translators, including Robert Alter, the book’s editor; Chana Bloch; Stephen Mitchell; Ruth Nevo; Chana Kronfeld, and Harold Schimmel. Some poets, even in able translations, do not register well in another language. Amichai passes so directly into English that the result may seem facile, sentimental or blunt. This may spark the occasional harsh judgment, such as that of the American critic William Logan. In a 1984 review, Logan charged that Amichai’s writing was “infected by mumpish reverie, cloying sentiment (all tears and lard), appeals to nostalgia, blurry description, and inapposite metaphor.”

A 2013 collection, “The Selected Poetry of Yehuda Amichai,” offered an ideal choice of the poet, whereas the vaster dimensions of the present book include some verse that might enrage Logan or other eager fault finders. In a more positive misprision, the Jerusalem-based poet and translator Lisa Katz has called Amichai a “sort of Jewish Billy Collins able to please his audience with his smoothness and smarts and his attractive image of the Israeli as a sensitive soul.” Like most such comparisons, this is unfair to both writers. Collins, former poet laureate of the United States, enthusiastically embraced official civic responsibilities to promote poetry. Amichai voluntarily was more self-limiting, even about reading. In “Voices of Israel,” a 1990 book of interviews with Joseph Cohen, Amichai declared:

Kabbalah is much overrated. It is overly attractive to people who want to get deeply into mystical excitement. I tell a lot of American students who want to get into Kabbalah not to read it, but, instead, to read the Bible, which is clear-cut. Kabbalah is okay, but it is the wrong way to enrich one’s personal experience. Too much arithmetics. It may be fascinating and imaginative, but it is not helpful…[.?] I think a lot of people who are attracted to it are seeking something exotic, they approach it the way other people come to Hari-Krishna (sic), to Sufism, and to Zen. Some Jewish people look for a counter influence, a counter usage. Not me.

Focusing mainly on functionality — or on what is helpful — caricatures a strictly utilitarian approach to the arts, supposedly found on kibbutzim. When asked by Cohen about such novelists as Bellow, Roth, Malamud and Ozick, Amichai replied: “I am impressed by how Americanized they are. They have a double consciousness. Part of it is thoroughly American, but the other part is very Jewish. They are always aware as Jews of what they are doing.”

Why was it noteworthy that American writers are, in his term, Americanized? Amichai possibly saw Jewish writers as Jews first and foremost, only secondarily sharing other identities. Although Amichai was friendly and supportive to students, budding colleagues and foreigners, with Israeli contemporaries who might be seen as competition he had different feelings, as he told an interviewer from The Paris Review in 1992:

No, personally I don’t think poets have real friendships with poets who write in their language or in their region. I don’t think so…. For me, though, friendships with poets are difficult because poets have large egos and are quite envious. I don’t think I have one friend writing in Hebrew who is a poet whom I count among my very closest, best friends. I think writers, especially writers in the same language, are actually more colleagues than friends — like surgeons among surgeons. It’s, at best, a professional relationship but one potentially wrought with enmity. It’s best to avoid this, to stay away from it.

This view of a writer’s life as a solitary hero meant that ultimately, Amichai represented only Amichai. Alter alluded to this in a 2008 review, “Yehuda Amichai: The Making of Israel’s National Poet” by Nili Scharf Gold. Writing in The New Republic, Alter explained that a “national persona was something that Amichai avoided like the plague. In conversation he often made wicked fun of certain Israeli poets who cultivated a public or ‘national’ persona. It is true that Amichai became a beloved and very widely read poet in Israel, but he was by no means a national poet, nor would he ever have wanted to be. On the contrary: much of his appeal to Israeli readers lay precisely in his ability to remain an unassuming private person in his poems, and to speak repeatedly on behalf of the preciousness of private experience in times of war, urgent national duty, and ideological stridency.”

Amichai was a national poet only insofar as he was inspired by the history of his country and its terrain, the Polish poet Julia Hartwig told a literary gathering in Warsaw in a video posted on YouTube in 2007, Comparing Amichai to the Spanish poet Antonio Machado for his attachment to the soil, Hartwig saw in his work a symbiosis between the Bible and today’s world, in which everyday language is nourished by the sacred.