Remembering André Glucksmann, a Man of Courage and Conviction 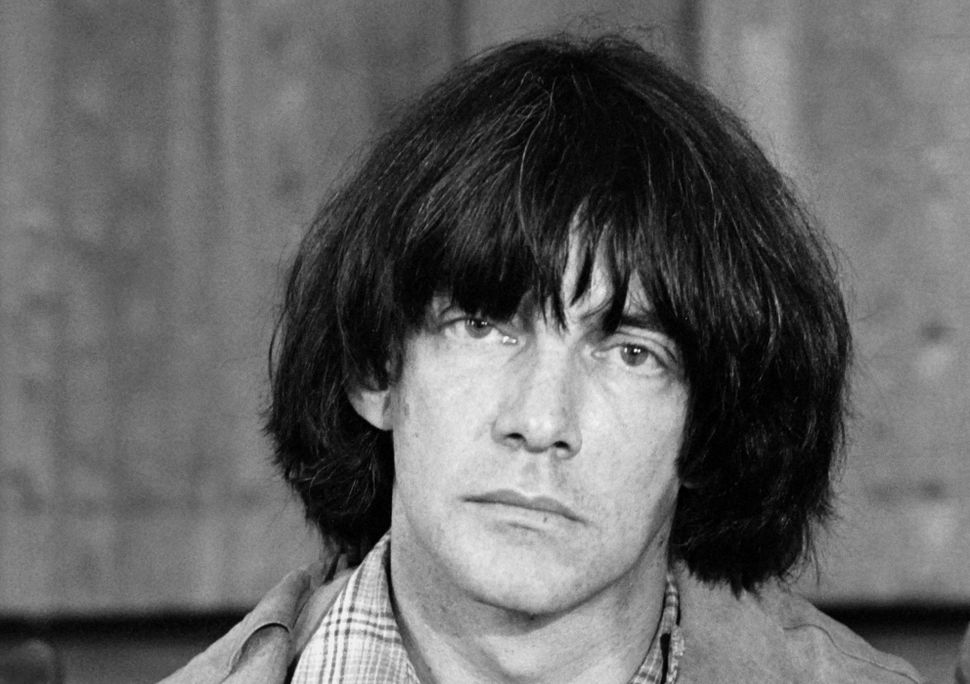 After a long struggle with cancer, the French intellectual André Glucksmann died this week in Paris at the age of 78. With his death, a certain idea of France — that of a nation imbued by a republican spirit as generous as it is rigorous — grew a bit dimmer.

Glucksmann spent his life à contre-courant: pushing against the tide of received ideas, lunging one way while his peers lurched the other way. This was a moral habit he inherited from his parents, Rubin and Martha Glucksmann. The Glucksmanns, militant socialists, inverted the itinerary of most Central European Jews living under the shadow of Hitler. Though both were Central European Jews, they met and married in British mandate Palestine. But they did not stay long, quitting Palestine in 1933 for their native Austria in order to join the struggle against Nazism.

Forced to flee Vienna a few years later, the Glucksmanns settled in Boulogne-Billancourt, the dingy working class suburb of Paris where, in 1937, André was born. With the defeat of France in 1940, his parents and two older sisters were arrested. Rubin Glucksmann died when the ship carrying him to an internment camp in Canada was sunk, while Vichy interned the mother and daughters in a concentration camp. As Glucksmann recounts in his memoir Une rage d’enfant (A Child’s Rage), his mother, insisting on her recently won French nationality, raised such a stink with the camp authorities that they released her and her daughters, fearing that Martha would spark a camp revolt.

His mother’s chutzpah revealed the power of outrage, a lesson that drove her son’s political engagements for the rest of his life. Having spent four years of his childhood in hiding—for a time, by Catholic nuns—Glucksmann marked France’s liberation by throwing his shoe at a member of the Rothschild family. Listening to the banker’s pep talk that life could again return to normal, the eight-year old Glucksmann was furious: life could never again be normal as long as man’s inhumanity to man remained the norm.

A graduate of the prestigious Ecole Normale Supérieure, Glucksmann gravitated, almost by instinct, to the far ideological left. Given his contrarian nature, however, he also chose to study with Raymond Aron, the political theorist who was one of France’s rare conservative intellectuals. Partly by instinct, partly by Aron’s teaching, the young militant leftist scented something deeply rotten in the state of Soviet Russia. In 1973, the publication of the French translation of Solzhenitsyn’s “The Gulag Archipelago” catalyzed the growing unease Glucksmann felt for communism.

The impact Solzhenitsyn’s book had on the French political and cultural landscape was seismic. In an age where communism vied with Gaullism as France’s leading ideological movement, few on the left questioned the official line of the French Communist Party. Glucksmann was among the first to ask the questions that needed to be asked. In a series of television programs, he pounced on left-wing critics who belittled Solzhenitsyn’s book or besmirched his person. Even today, it is striking to watch videos of Glucksmann, his face’s sharp features crowned by an swirling mop of hair, launching himself at his opponents, shattering the usual rules of civility and shaming them for their evasions and euphemisms.

In 1975, there followed the publication of his book “The Cook and the Cannibal” (La Cuisinière et le mangeur d’hommes), in which Glucksmann exposed the toxic family ties between fascism and communism. A leading historian, Michel Winock, has described the book as “a symbolic turning point in our intellectual history.” Glucksmann was among the first on the postwar left to insist that communism was not twisted into a totalitarian system by Stalin, but instead was totalitarian at its very core. His writing was as passionate as his engagements, and launched his career as a public intellectual.

Of course, the book today is neither controversial nor revelatory, and readers will be left to wonder why it took so long for the French left to turn. But perhaps the same criticism could be leveled at, say, Rachel Carson’s “Silent Spring”: Fifty years after the book’s publication, we all know that DDT, and more generally chemical pesticides, poison the earth and its inhabitants. Yet this was no more obvious to many Americans in 1962 than the toxicity of communism was to many French in 1975. Not only had French Communists played a key role in the Resistance, but communism, unlike fascism, pretended to be an ideology of liberation, promising “singing tomorrows” and not earthly hells.

In his scathing critique of communism, Glucksmann joined the so-called nouveaux philosophes. A coterie of bright and handsome young men, these “new philosophers,” exploiting the power and potential of television, were less systematic thinkers than snipers, taking aim at orthodox political principles, or what the French call la pensée unique.

In 1979, Glucksmann arranged the alliance between two of his teachers, Aron and Jean-Paul Sartre — old friends who had fallen out over the question of communism — to persuade the French government to welcome 100,000 Vietnamese boat people to France. During the last decades of the 20th century, his voice was among the first and most eloquent in the denunciations of the Hutu massacre of Tutsis in Rwanda, the Serb massacre of Bosnians in Sarajevo, and the Russian massacre of Chechens in Grozny. While his many books, ranging from De Gaulle, where are you? (De Gaulle, où es tu?) to Voltaire Strikes Back (Voltaire contre-attaque) were more polemical than philosophical, they often served to jolt those on the left no less than the right.

Inevitably, Glucksmann’s pensée at times proved no less blinkered than those it replaced. In 2007, he endorsed Nicolas Sarkozy for president, even though Sarkozy had adopted much of the anti-immigrant rhetoric of the extreme right. Most notably, his hatred of Saddam Hussein fueled his support of the 2003 Iraq invasion. In a Le Monde Op-Ed co-written with Bernard Henri-Lévy, Glucksmann lambasted his government’s opposition to the invasion. While praising Tony Blair for his “true statesmanship,” he ridiculed his own political leaders for flaunting a “nationalism fit for imbeciles.”

In 2008, Glucksmann’s moral compass led him to make a public confession. In an editorial, he wrote that French anti-Americanism had “deafened” him to those critics who pointed out that the Bush Administration had no postwar plans. “Haunted by the past,” he continued, “we saw American in 2003 through the prism of 1944. Yet George Bush was not FDR…and he led his people and the Iraqi people to disaster.”

Of course, many of us always already knew that W. was no FDR. Glucksmann’s failure to see this is no less striking than the failure of his peers in 1973 to see that the dangers of communism. But the ability to admit one’s mistakes is a sign of a true moralist. In this regard, Glucksmann resembled Albert Camus, as he did in his unflinching courage, candor and convictions. One day soon, no doubt, the French will wonder “Glucksmann, where are you?”

Remembering André Glucksmann, a Man of Courage and Conviction