A Journey From Auschwitz to Rwanda 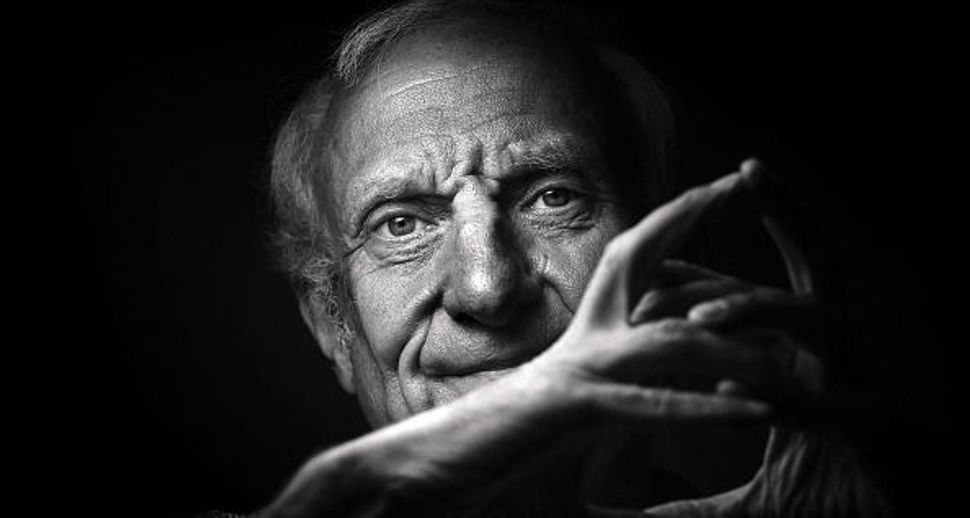 Born in 1949, the French author Jean Hatzfeld has focused with sustained attention on the 1994 Rwandan genocide, during which some half a million to a million Rwandans were killed between April and July. The victims belonged to the Tutsi population division, as well as some moderate members of the Hutu majority. Hatzfeld has assembled witness testimony from victims and killers in his books “Machete Season”; “Life Laid Bare”; “The Antelope’s Strategy”; “A Time for Machetes”; and “Into the Quick of Life.” The title of his latest book, “A Blood Daddy” (Un papa de sang), refers to fathers of the present generation, including murderous rapists who impregnated Tutsi women. Hatzfeld, who draws some parallels to the Nazi genocide during World War II, recently spoke with the Forward’s Benjamin Ivry about these similarities and differences.

Benjamin Ivry: You told the Belgian newspaper Le Vif/L’Express that making people feel history is different from informing them. You cited Patrick Modiano’s book “Dora Bruder,” which adds no new information about the German occupation of France but raises emotions that no historian can provoke. How does this apply to Rwanda?

Jean Hatzfeld: There are different types of writing, which belong to different times. There is the journalist who is often first on the ground, then scientists or specialists, and then writers whose works correspond to a different kind of reading. Holocaust historian Raul Hilberg did tremendous work, but what Primo Levi wrote provokes an understanding appropriate to literature and art that is not evident in any reading of Hilberg. I work with reality, by preparing my conversations with people, and after the literary construction of my books, some images or emotions or thoughts may appear that a journalist or historian would not produce.

A 2005 study suggested that Holocaust survivors are more likely to commit suicide than the general population. Is this also the case in Rwanda?

I never heard tell of any suicides in Rwanda. There is a form of suicide by alcoholism, or by abandoning life, giving up one’s work, so there is a kind of suicidal lifestyle. I think the act of suicide is foreign to African culture. They have a respect for life and for being alive, so they don’t think of it in the way we do.

Respect for life, except when killing people with machetes. You imply in “Life Laid Bare” that the slogan “Never again” about genocide is merely utopian wishful thinking, and it could happen again. If genocide cannot be prevented, why study it?

Because it’s part of our history and it’s a mystery. I am overwhelmed by the mystery of genocide. It’s not the extent of killing, but the idea of exterminating part of the population because of the fantastical notion that they represent evil and must be got rid of. No one can truly believe that. No one can believe that Jews were the cause of the problems of Germany in the 1930s, yet at some point people accepted that idea, which is absurd, yet real and gripping. Even if studying genocide has no practical usefulness for the future, it is part of our history.

When you spoke to killers, was it necessary to be friendly, rather than the style of Claude Lanzmann, director of “Shoah,” who energetically confronted evildoers?

My situation and Claude Lanzmann’s were very different. I met these killers under special circumstances. They were behind prison walls and had already been tried and convicted, so they felt whatever they said could not help or hurt them. They thought they would die in prison, although as it happened they were released from prison only a few years later. My relationship with them was neither friendly nor adversarial, but neutral. I couldn’t show sympathy, or they would continue to lie to me as if I were an accomplice. I also could not show my real feelings of disgust, as they would just have returned to their cells. After they got out of prison, I did not criticize them if I saw them, just as I did not when they were in prison. I have been reproached for continuing to greet them and ask how their children are. But I was not like Lanzmann, an accuser, but rather a co-worker.

You have said that, generally, Hutus show no remorse. Don’t they share this with most mass killers of history, from Adolf Eichmann to Klaus Barbie?

Quite right. It is one of the fundamental distinctions between war and genocide. Usually if one returns from fighting a war, one is scarred by remorse for people killed, women raped, and one might become an alcoholic. But those who return from acts of genocide are absolutely without regrets for their actions. Whether in Germany or Rwanda, they regret that they lost and that they did not accomplish everything they wanted to do, but they regretted absolutely nothing about the victims.

In “Into the Quick of Life,” Tutsi survivors could not identify with Jews because they had never heard of the Holocaust.

Maybe it is less so now, but when I started in 1997 they had no historical knowledge of the Holocaust. For them, the Jewish people ended with the birth of Jesus Christ. When I referred to the experience of Holocaust, they looked at me with big eyes and had no idea what I was talking about. This also explains their difficulty in speaking, since had they known that genocide was already described as a phenomenon, it would have been easier to discuss it. But if you think it is the first time it ever happened, it is so difficult to express, that people prefer to be silent.

In writing “The Antelope’s Strategy,” you state you were helped by the example of Primo Levi. How so?

Primo Levi taught me a great deal about questions of memory, of troubles with the memories of survivors. I was impressed by the difficulties of expression in survivors, their sense of guilt and lack of trust in their own memories. They were weakened physically and psychologically, afraid of not being believed, and ashamed of things such as having been raped or losing a child, so sometimes they lied. Primo Levi explained a lot about this in “The Drowned and the Saved,” when he told of breakdowns and troubles with memory. Also the self-persuasion of killers who, by lying again and again, convince themselves they were the victims.

Your grandparents were deported during World War II, and your parents had to go into hiding. Did this influence your approach to the Rwandan tragedy?

I’m not sure that there is a link between my family’s Jewish origins and my work in Rwanda, because I am not a psychiatrist. I know that in my family home were books on the Holocaust by Primo Levi, Robert Antelme, and Charlotte Delbo, but in our family we did not speak about that. I was more inspired by books than by family stories.

You are the grandson of the classicist Jean Hatzfeld and son of the historian Olivier Hatzfeld. In 2004, your father recalled how in the French village of Chambon-sur-Lignon where he hid during the war, Jews were protected. By contrast, no one hid the victims of the Rwandan massacres. Why?

I don’t know. The story of Chambon-sur-Lignon was a bit special, a Protestant village in a Catholic region, so they had experience with resistance, and there was a Jewish Resistance leader. Four thousand Jews were hidden by farmers, some for four or five years. Perhaps the threat was less strong, as it was a little village lost in the Auvergne, far from the Gestapo, but people in the village were shot, so it was no paradise. I don’t know; it’s a mystery. But it’s also an exception in France. It wasn’t like that in all villages.

Your grandfather was deported to the internment camp at Nexon, France, a stop on the way to Auschwitz for foreign Jews. From there he wrote to a friend of “certain spiritual assets, free development of the human being and thought, of which we now know we may be deprived.”

My grandfather died shortly after the war. He came from a prosperous family. A colleague got him out of the internment camp, but he never got over it, and life was over for him. He had learned humanities in the Greek and Latin texts and had read a lot, and traveled widely in Greece. Once out of the camp, he was rid of all his illusions about his classical education and apprenticeship. My grandmother was more pragmatic and was able to continue life, but my grandfather had kept his illusions, and afterwards could not continue.

In 2009, a former French soldier recalled visiting your grandmother in the city of Tulle just after the war, and offering the services of a German soldier he was guarding to tend her garden, which was in disarray. She refused at first but finally agreed, saying that it was possible “because we spoke.”

That surprises me a little, because my grandmother forgot nothing and forgave nothing, but perhaps she had that human reaction. She might have been touched by a single person at one moment, by seeing a [German] person and perhaps his stupidity, but that did not reconcile her with history and collective German responsibility. When we were in school, my father let us study what we wanted, but forced us all to study the German language, so “the next time, you can manage.” He thought in case [the Holocaust] happened again, we could get by if we knew German. It was humorous, but also somewhat serious.

A Journey From Auschwitz to Rwanda