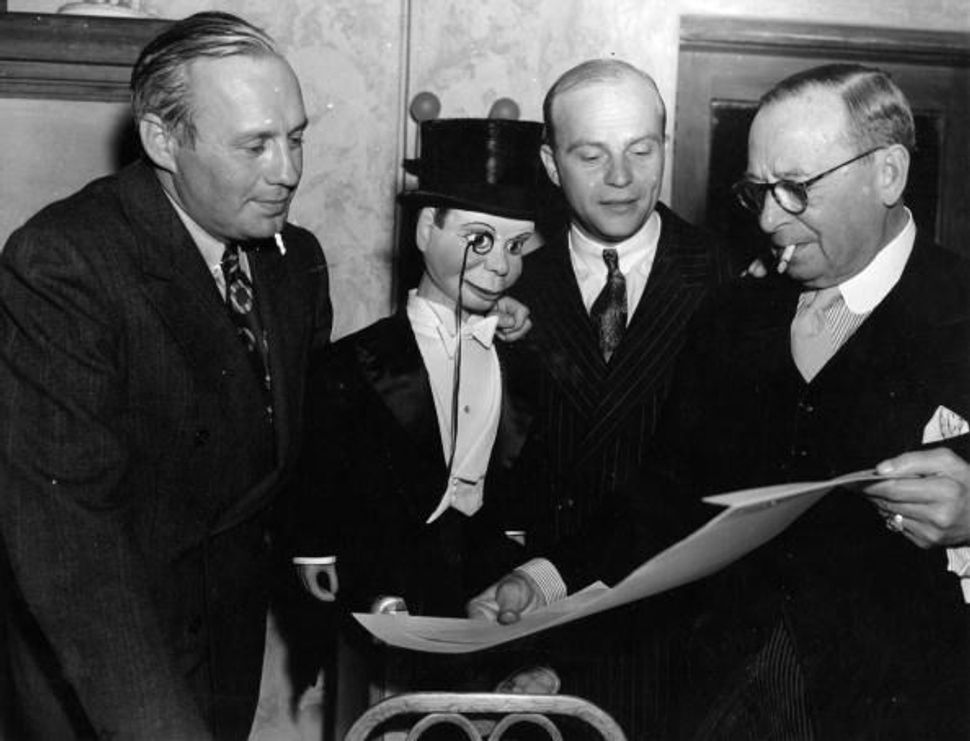 This book is about comedy, but it’s not very funny. Nor should it be: In his history of American comedy, Kliph Nesteroff writes about “drunks, thieves and scoundrels” — comedians, in a word. His book is concerned with basically everybody who has stood on a stage or behind a microphone and told jokes, from 1900 to today.

That means vaudevillians chased out of “hate towns” in the South; nightclub comics paid by the Mob; radio entertainers kowtowing to sponsors (or not); comedy writers inventing TV; hippie comedians trying to bring down the Man; stand-up hacks doing 20 minutes (and coke before and after) in three different clubs every night during the comedy boom of the 1980s; and cranky comedians podcasting out of their living rooms or garages. Canadian writer Nesteroff brings them all together.

Naturally this large cast of characters is mostly Jews and African Americans, with some Irish and Italians thrown in for good measure. Yet Nesteroff isn’t telling the story of how these American undesirables found a way into the mainstream using the stage and light entertainment, as you’d think he would. He’s not writing sociology, nor attempting psychological portraits of the comics he discusses. Instead, Nesteroff is writing a history of the comedy business.

That history is essentially one of boom periods and transitions: from vaudeville to radio, from the Catskills to Vegas, from coffeehouses to comedy clubs. This organizing principle helps Nesteroff mold the bulk of material into a cohesive narrative. His knowledge of comedy is seemingly endless. He not only spent years poring over old issues of Variety but also conducted more than 200 interviews, mostly with octo- and nonagenarian comedy veterans like Jack Carter, Shecky Greene and Rose Marie, who had fourth billing on the “Dick Van Dyke Show” and is quoted saying that “the Mob was very, very good to me.”

Entertainers like Marie, who started performing as “Baby Rose Marie” at the age of three on the vaudeville circuit, are Nesteroff’s entry ticket to this earliest chapter in American comedy. He’s not interested in how stand-up came to be, whether Mark Twain invented it with his San Francisco lectures or whether it’s the ultimate American form of self-expression, like jazz. What he is interested in is that “once a comedian was contracted to a class circuit, his standards of living went up.”

To him comedy is a job first and foremost, and a grueling job at that: W.C. Fields is quoted describing his vaudeville days as “mental torture.” Nesteroff has no patience for nostalgia, but that doesn’t make his book any less vivid. Whether discussing the invention of the Bloody Mary, Buster Keaton’s childhood ordeals in a family act called the Three Keatons or “ethnic” comics being replaced by the “neat” comic, the author is as adept at analyzing the big picture as he is at telling anecdotes. He never loses sight of his central two questions: What did the comedians do on stage — and who paid them?

This second question was sometimes one of life and death, since the Mob ran the nightclubs that employed comics after the demise of vaudeville in the 1930s. Making fun of audience members, a staple of club acts then as it is now, isn’t such a good idea when your audience consists of people like Jewish mobster Louis “Pretty” Amberg, who didn’t much like jokes but did like stabbing people in the face with a fork — a fate that Milton Berle narrowly escaped.

Big names like Berle and Jack Benny stand side by side here with forgotten comics. If Nesteroff has a mission, it’s to restore those people to memory: people like writer-director Al Boasberg, who “essentially created the comic personalities of Jack Benny, Milton Berle, George Burns and Bob Hope.” Or Henry Morgan, a comedian who frequently lost sponsors after making fun of them on radio. (You can find a clip of Morgan joking about Schick razors on YouTube.)

Still, Nesteroff never lets personalities overshadow the narrative. His focus is on the infrastructure of a given era. Ironically, this narrow focus can be disorienting at first, since it goes so much against what we seem to know or expect. Take, for example, a paragraph that lists the “derivative” names of comedians in the 1950s — a whole bunch of Jackies, Joeys and Buddys. We know, of course, what those names are derived from, or are supposed to hide. And Nesteroff knows it too.

But he doesn’t say it. Unless the material — the acts and comedic personas — make something explicit, he won’t comment on it. For example, you won’t find Sid Caesar and Ernie Kovacs calling the bluff of 1950s culture in this book. It’s only once comedians start to think of themselves as commentators, like Mort Sahl and Lenny Bruce, that he starts to treat them as such.

It’s not that the question of the comedian as “outsider” isn’t on his mind, however, and not just in his evocative description of the shadow economy of nightclubs run by the “Outfit.” Anti-Semitism (and its later conflation with anti-Communism) are discussed, for instance when ABC blames the abysmal performance of “The Jerry Lewis Show” on its host’s “overt Jewishness.” Similarly, the author highlights forgotten African-American performers like Moms Mabley and Pigmeat Markham, and gives generous space to the extraordinary career of Dick Gregory. But “How the Jews and Blacks Invented Comedy” (to paraphrase Neal Gabler’s book on Hollywood) this isn’t.

Nesteroff loses something with this approach — a discussion of the Catskills without commenting on its place in middle-class Jewish-American consciousness seems incomplete — yet he also gains something. His book is the definitive history of the comedy business precisely because he focuses on the business side and doesn’t tell those familiar stories of assimilation and acceptance. They’ve been told many times before, and indeed only serve the comedy myths that Nesteroff affectionately seeks to undermine to get at something more real.

Even the “struggle of the funny performer” has become one such myth. In recent years it has been dissected endlessly, with podcasts, sitcoms, books and movies all telling stories of backstage anxiety and hotel-room loneliness. Toward the end of his downright majestic book, Nesteroff quotes Robin Williams: “Going onstage is the one salvation. I’m not going to stop.” But stop he did, and once more Nesteroff doesn’t need to tell us how. Again, that’s not funny. But it is a dark joke, from a business full of them.

Fabian Wolff is a writer born and based in Berlin. He writes for German- and English-language publications and is working on his first novel.