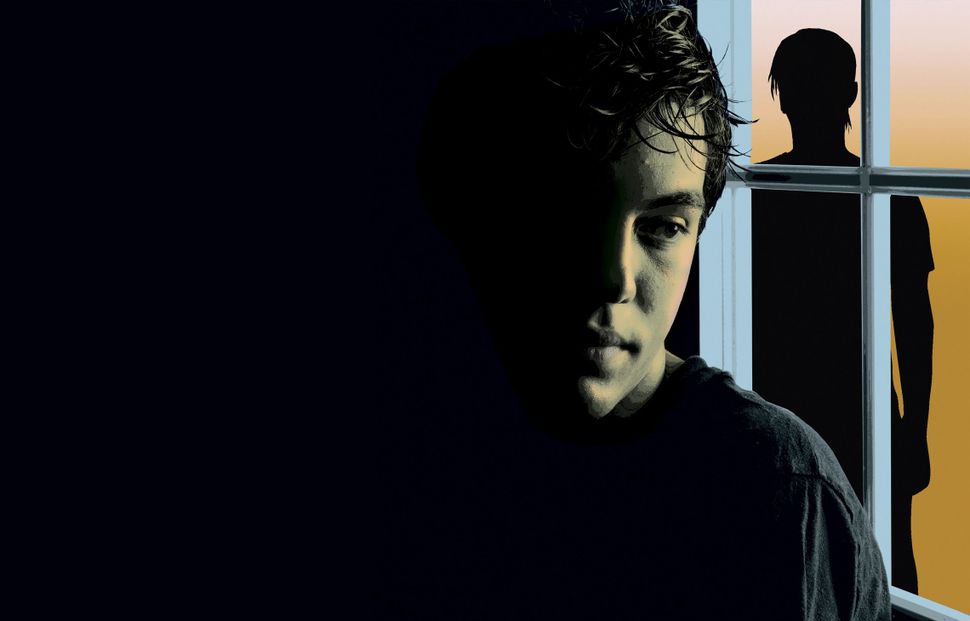 Forty-one years ago this coming week, I walked with sleepless eyes and a weary heart to the front door of my childhood home, where an unexpected visitor had just shown up for my mother’s shiva. If I recall correctly, he was wearing faded jeans, a denim jacket and hippie work boots —his usual outfit — and black hair fell like a curtain down to his shoulders. He exuded a kind of sullen charisma that I envied, and that marked us, at least superficially, as very different members of New Jersey’s Highland Park High School, class of 1973.

My mother had died of breast cancer at the age of 50 on Kislev 17, which was December 1 in 1974 and falls on November 29 this year. In our slapdash, secular way, my family began sitting shiva even before her funeral. Not only did we violate Judaism’s injunction to bury the dead within 24 hours, a rule none of us even knew, but my mother’s written instructions called for cremation, a posthumous affront to the Orthodox mother she despised.

Still, we ordered in the deli platters, and we poured the Manhattans and beers. My parents had a great many friends, who streamed into our home, and I tried to figure out why the mood seemed so oddly jovial, as if this were an Irish wake rather than the Judaic occasion for tearing one’s clothing in grief. When the doorbell rang on this particular night of shiva, I was in the living room, watching a World Football League game being broadcast from the crumbling stadium on Randall’s Island. It felt like a fittingly absurd escape from the imponderable loss of a parent when you are just 19.

I will call my visitor that night by only his initial, M, since we have not been in touch for many years and I have never discussed with him all the things I realize now about why he appeared and what he had to teach me. Suffice it to say that I was surprised by his presence; the peers who paid shiva calls to me were my close friends, of whom only one had yet experienced a parent’s death.

As M entered, I remembered the last time I had seen him. It had been the previous summer, at a pool party in some rich family’s backyard. He seemed blazed on some drug or another and was riffing in fairly graphic terms about his sexual intentions toward several young women. Some weeks after that passing encounter, I heard secondhand that, instead of going to college like the rest of us dutiful suburban kids, M had headed down to Florida to enroll in truck-driving school.

Whatever M and I talked about at the shiva, I cannot recall. We had some connections, however eroded, from having lived on the same side of town when I was younger. We also played in Little League during the same years. My father and one of M’s uncles or aunts — I could never keep it straight — had grown up together in the same anarchist colony. After the shiva visit, I did not encounter M again for seven or eight years, by which time he’d earned a bachelor’s degree in Latin American studies and was going to grad school in Washington. Driving a truck, he explained, had turned out to be a lot harder than it looked.

I felt then, and I have continued to feel, a strange, unspoken affinity for M, a gratitude for his shiva call, precisely because it was so generous and unanticipated. In all the years from 1974 till now, when I have had a friend or colleague or synagogue acquaintance die, and when I have had to decide about attending the shiva, the memory of M has urged me on. Always make the shiva call, he is wordlessly telling me, you cannot imagine how much it will mean.

My record, to be honest, has been sadly inconsistent, though I have tried to get better as I have grown older and fleetingly envisioned what might occur at the shiva for me. And finally, after all these decades, I have come to understand something about why M did what he did.

When my family had a house on the same side of town as M’s family, a girl named Mae lived across the street. She was one of my 8-year-old sister Carol’s closest friends, and she was also M’s first cousin, the daughter of his Aunt Anne. At the very end of 1964, our family moved to a larger house across town that had a different elementary school, and Carol stopped playing with Mae quite so often.

On the Saturday afternoon of February 13, 1965, someone entered Mae’s house and stabbed her and Anne to death. To this day, the crime remains unsolved, an inexplicable murder in an ordinarily placid town. The person who found those two bloody bodies was M, who would have been 9 or 10 years old.

The Hebrew prophet Isaiah speaks of the “suffering servant,” and though I am a Jew, I find emotional truth in the way most Christian translations of the biblical text go on to describe him: “a man of sorrows… acquainted with grief.” What must it have been like for M to be a boy of sorrows? What must it have been to be so intimately acquainted with grief at so tender an age?

I have no good answer for why it took me so many years to realize what kind of terrible knowledge had brought M to my door during Kislev so long ago. It was the same terrible knowledge, I’m sure, that looked for a while like it would derail his life. Instead, it morally and Judaically endowed mine.

Samuel G. Freedman, the author of eight books, is a frequent contributor to the Forward.