Remembering the Days of Vaudeville and Jewface 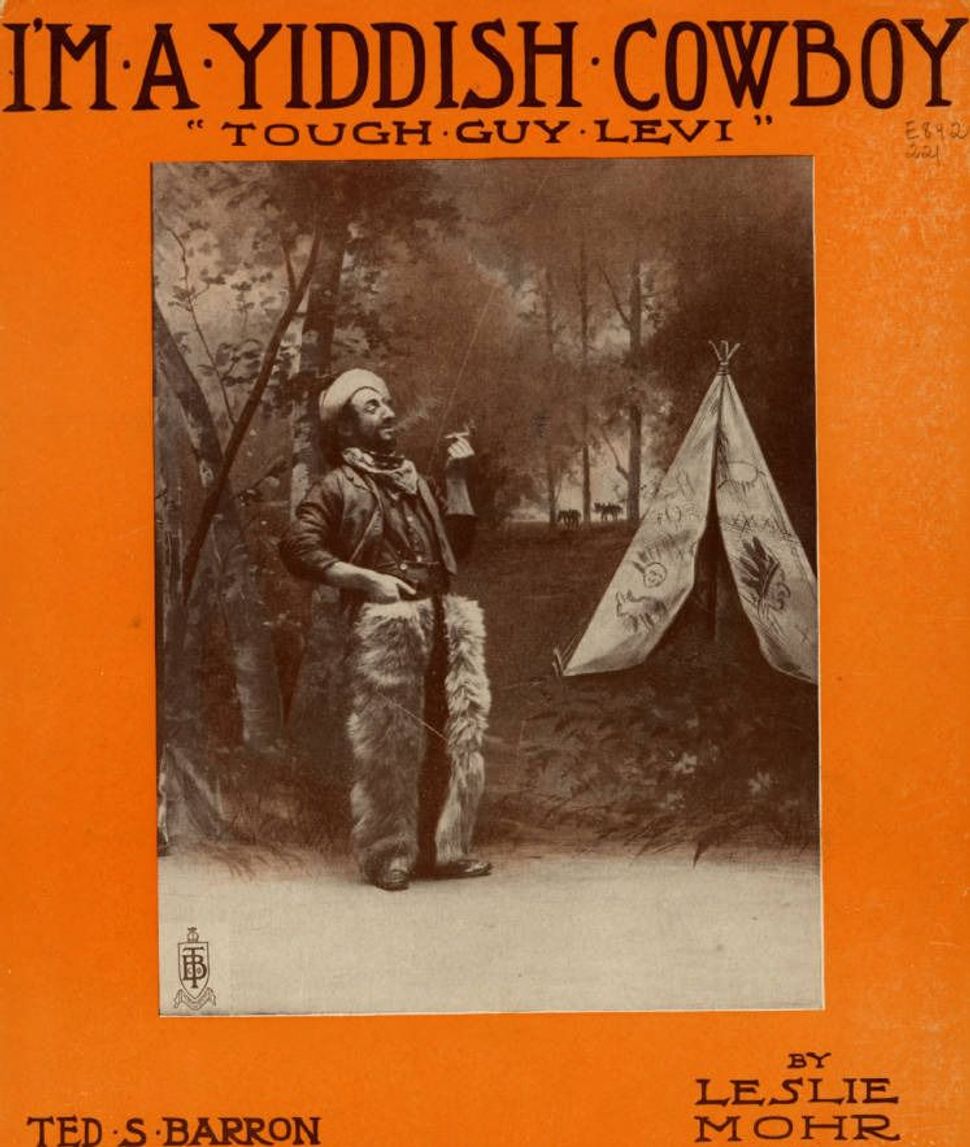 Image by Collection of Jody Rosen

‘You had these performers who were making fun of Jews, but the interesting twist was that Jewish performers – really the first generation of Jewish immigrants born here – saw this material, and as they got involved in entertainment, they started to do it as well.”

Eddy Portnoy, curator of the new exhibit “Jewface: Yiddish Dialect Songs of Tin Pan Alley” at the YIVO Institute for Jewish Research, was pointing at the cover of the sheet music for “Yiddle on Your Fiddle Play Some Ragtime,” a song by Jewish composer Irving Berlin, who rose to prominence writing for the vaudeville circuit, where he used Yiddish-speaking Jews as comic fodder.

“Jewface” is a term that contemporary audiences are unlikely to recognize, although its obvious connection to the term “blackface” gives a pretty good hint. It refers to the vaudeville mainstay of the stage Jew, a Yiddish-speaking, large-nosed, bearded caricature, often played by a non-Jewish actor, that sprang into popular circulation after large numbers of Eastern European Jews began immigrating to the United States in the 1880s.

Although such a portrayal would provoke outrage from Jews and non-Jews alike in America today, reactions in the turn-of-the-century Jewish community were mixed.

“You have the Americanized Jews who have already been here for a few generations very upset about these portrayals of Jews,” Portnoy said. “The Yiddish press also complains about it to a degree, but they also say that it’s perfectly acceptable to make fun of Jews onstage, as long as there’s some semblance of truth to it.”

Even religious bodies had little luck fighting the stage Jew. “The Central Conference of American Rabbis in 1909 passed a resolution to protest the existence of the stage Jew,” Portnoy said. “What they ended up finding is by this time, it was almost a completely Jewish experience. In 1913, an article appears in their weekly newspaper saying that we can protest it, but it will do no good. The reality is that the theater managers are Jews, the agents are Jews, the actors are Jews and the audience is mostly Jewish. In fact, some of the routines are so full of Yiddish that gentiles don’t even understand it.”

Why were Jewish audiences so welcoming of the stage Jew? For one thing, when Jews became involved in creating Jewface pieces, the stereotypes portrayed became less derogatory.

“A lot of the earlier portrayals of stage Jews, they would show a Jew setting his store on fire in order to get insurance money,” Portnoy said. “They portrayed Jews as criminals and swindlers.” Once Jews became involved in producing Jewface materials, they began appealing to Jewish interests.

“An immigrant who has already acculturated a bit, when he sees this bumbling immigrant Jew on stage with his heavy Yiddish accent making all kinds of mistakes with English – he looks at that and can laugh at it and say ‘that’s not me.’ It’s a way to distance himself from his previous immigrant self,” Portnoy said. Americanized Jews were upset by the portrayals – “embarrassed,” according to Portnoy, “by anything that’s too Jewish” – but the lasting influence of self-deprecating Yiddish humor speaks to which side wielded more influence.

Although “Jewface” doesn’t explore the ways in which the stage Jew has evolved past vaudeville, Portnoy had some thoughts on its legacy. “It’s amazing the tenacity and longevity of this accent,” he said, speaking of the Yiddish-inflected English treated humorously through the stage Jew. “Because of comedians like Mel Brooks, you wind up with Yiddish in a lot of movies and a lot of TV shows.” While characters who show off a modern-day manifestation of this accent are popular (Portnoy pointed to Mrs. Wolowitz, a stereotypical Jewish mother on “The Big Bang Theory”), contemporary Yiddishists are infuriated by it.

“It pigeonholes Yiddish as a comic language, which it technically is not,” Portnoy said. Perceptions of Yiddish as having particular comic potential date back to the creation of the stage Jew, “the first time that the Yiddish accent enter[ed] the English language as a foil for comedy.”

“Jewface” is a small exhibit that would benefit both from greater interactivity and a greater variety of display items – as it is, it’s a simple collection of artwork and texts – but it provides insight into a significant, if little-explored, period in the development of American Jewish culture.

Remembering the Days of Vaudeville and Jewface