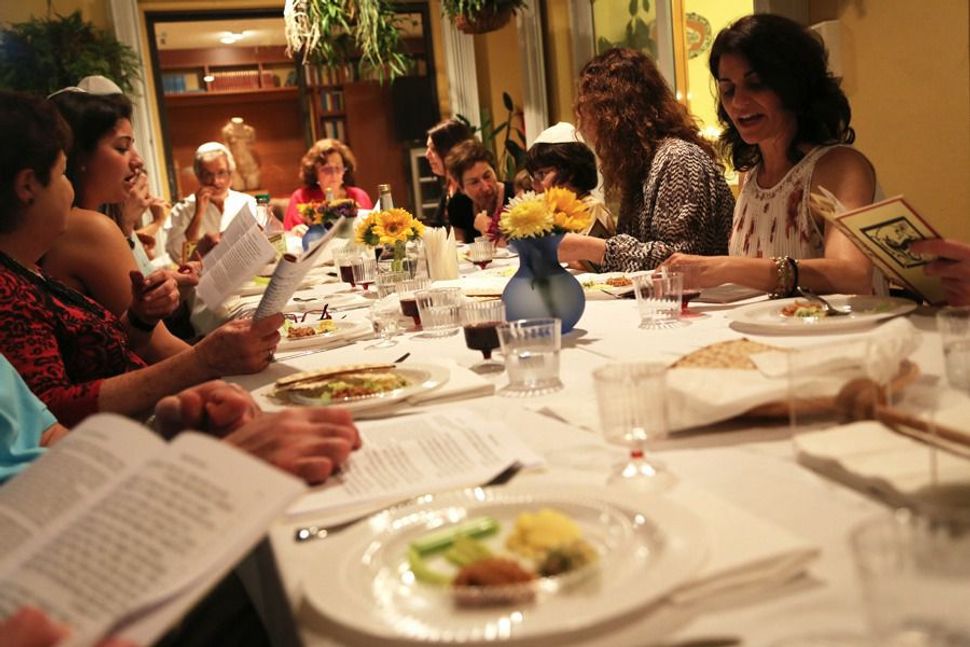 “There are these two worlds, the Jewish world and the Latino world, and we talk about them often like they’re two totally separate communities,” Michael Johnson said.

“That’s not entirely true. There’s a middle part where they meet. There are all of these people who have very different experiences being both. We wanted to take a personal look as well as a historical look at Jews migrating to and through Latin America before many of them [came] to this country.”

Johnson is an associate producer with Latino USA, a radio program, syndicated by NPR, which explores various aspects of Latino life in America. This Friday, December 4th, Latino USA will air an episode entitled “¡Ay Vey! Being Jewish and Latino,” which explores the experiences of Jewish Latinos in the United States. Johnson took the lead on the episode, and spoke with the Forward about it in advance of its airing.

Are there any stories you came across in your research for this episode that were especially compelling to you?

Originally what I had been pushing for was the kind of Jewish Latinos whose Jewish families came from somewhere in Latin America, and then we got a pitch from someone who her mother’s side is Russian Jewish and her father is Indigenous Peruvian. She embodies a different mixture of being Jewish and Latino because she’s half Jewish and half Peruvian in a way that’s different than being, [for instance], a Colombian Jew. Once I talked to her I realized the diversity of experiences that this show can try to capture, and more importantly, that just exist in the world.

What do you hope this episode might make its audience think about?

In doing the research for this it’s amazing how quickly issues of race and class both came up. When Jews first migrated from Europe to Latin America they of course were very poor, but when they got to Latin America they very quickly rose to economic prosperity. They rose very quickly throughout the social world and became leaders in politics and medicine and philosophy. But they ascended much quicker in Latin America than in the United States, and that was largely because in Latin America they were immediately white when they got off the boat. The people that they were being compared to were the indigenous people of Brazil or Afro-Brazilians and they were neither of those. They immediately had this racial advantage they didn’t really know about but were able to take advantage of. When most people then come to the United States, particularly if they come by themselves, they might experience a different kind of racial world than the one they come from back in Latin America. There’s just something in there about race and class that I hope people think about in a way they haven’t before from a Jewish perspective.

How would you describe contemporary Jewish Latino life in America?

The feeling I got in talking to so many people was that Jewish Latino life is probably somewhat difficult to relate to. We’re talking about a group of people who maybe speak Spanish or come from Spanish-speaking households and therefore have a lot in common with plenty of other Latinos in the United States who are not Jewish, and they can immediately identify with them, but once they say I’m Jewish, they immediately say which one of your parents is Jewish, because it’s hard for non-Jewish Latinos to wrap their heads around the idea that you can be from Latin America and be totally Jewish at the same time. On the flip side we have another story about people coming to New York City and looking for a synagogue to join and having a really hard time fitting into the pre-existing American English-speaking synagogues. They don’t feel like they’re totally accepted. Everything’s a little bit different. On one side you don’t totally fit into the Latino mode, and on the other side you feel like you don’t fit into the American Jewish mold. If it’s not complicated it’s probably hard to find a sense of community. Difficult to relate to outside of one’s own community.