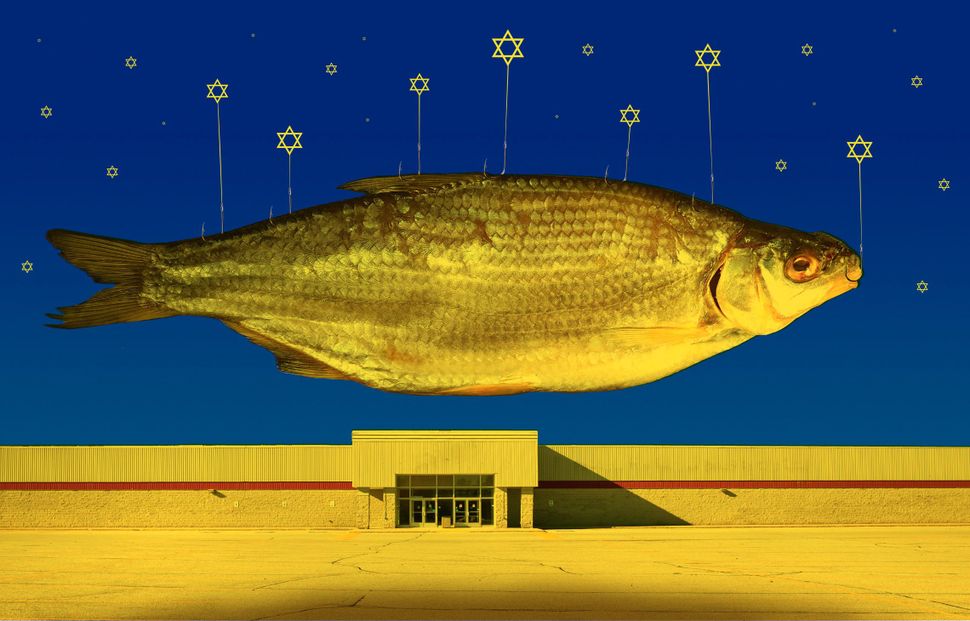 For about four years, I was a dedicated student in a yeshiva that eventually became a vacuum cleaner repair shop. Like many of my peers growing up in a Modern Orthodox neighborhood on Long Island, I went to a yeshiva in Israel after I graduated high school. That time was an unmitigated disaster; I spent most of my time smoking pot on Ben Yehuda Street and drinking 11 shekel bottles of wine on the beaches of Tel Aviv. When I — a horny man-child with a rugged beard, glazed eyes and an almost permanent hangover — came home early for my sister’s wedding, my parents were in need of a miracle.

They saw a classified ad in a local Jewish newspaper and my new brother-in-law impersonated me for a phone interview. The miracle came in the form of a storefront building in a small town in Long Island whose main attraction was a Walmart.

The head of the yeshiva, was a husky man who, since he still maintains a school of sorts, I’ll call Rabbi Davids. He was a ba’al teshuva, a returnee to the faith, who became religious during his college years, some 30 years earlier. He claimed he was exiled from the more popular Orthodox yeshivas because he spoke out against students going to kollel and advocated they go to college. He was abrasive, arrogant and not at all charming. I fell hard for him. Within three days, I moved into the dilapidated house a block away from the storefront that doubled as the yeshiva’s dorm.

Davids’s beliefs and teachings were a mixture of Dale Carnegie, Vince Lombardi, Rambam and Sun Tzu. His central philosophies were at their core harmless and simple. His main belief he told and retold during the Thursday mussar, or self-improvement session.

Once when Napoleon conquered a city, he decided to reward his three bravest soldiers. He asked each of them what they wanted.

The first asked for a barrel of gold.

The second asked for his city to be freed.

The third asked for a salted herring.

After Napoleon left, the two soldiers turned to the third in shock.

At least, he said, I may get a herring.

Davids’ rule of thumb: Aim low, you might actually succeed.

For the first six months, I spent close to 10 hours each day in a feverish intensity. Like many who start learning in-depth, at first I found the experience intoxicating and revelatory; each double-sided page of Gemara opened up new vistas. It was an addictive combination of intellectual pursuit and feel-good-spiritualism. I also started taking college courses during the afternoon breaks.

The yeshiva was a strange place. One of the rabbis was a scion of a prominent Lakewood, N.J. family who had 12 children and didn’t agree with anything Rabbi Davids said; another was a hulking Kabbalistic Sephardic rabbi who claimed to be an ex-Israel Defense Forces commando. The yeshiva had a cook who could only manage variations of eggplant Parmesan. When he was fired, Rabbi Davids cooked, usually pasta.

For a time, my roommate was a black Hasidic rapper, another was a drug dealer. Another student was an event planner in the throes of a midlife crisis who lived with his parents and drove a refurbished Corvette. He went by his Hebrew name, which was also a euphemistic term used for sperm in the Talmud; this caused no end of jokes through the dreary yeshiva days. The guy who lived upstairs from me was the heir to a $100 million fortune and spent entire days in his room with a can of chewing tobacco and a two-foot-tall bong. My favorite person, Randy was a tall, ex-Green Beret who wouldn’t tell us what he did in Korea, save for “bad things.” The Kabbalist eventually convinced Randy to divorce his wife since she wasn’t Jewish.

Rabbi Davids liked to consider himself free-thinking — a right-wing UCLA-educated rabbi who advocated that most, if not all, of his students attend a university. But Rabbi Davids was far from an original or brilliant thinker. As a public figure, he was almost anti-charismatic to a fault.

But he did have redeeming qualities. Whenever a student asked for a blessing, he would say, “Just be a mensch! Be happy!” It was an excuse to dwell in mediocrity. While he never told me to give up writing, he hinted that I didn’t have much talent. He advised me to go into working with children with special needs.

Now that I look back on it, I recall the experience with mixed feelings. I could have done far worse. I did make friends that I still have. In some ways, the time I spent living in Davids’s yeshiva was like an authentic college experience— a safe cocoon that protected me from the vicissitudes and the real choices I would one day have to make.

Eventually, enrollment declined and funders stopped donating. Although Rabbi Davids was a fundamentally good person, he didn’t preach that well. The yeshiva moved to a shul in Queens, and I left after the hulking ex-IDF rabbi took over. The old yeshiva building became a vacuum cleaner repair shop; the old dorms were bulldozed. I went to a more religious yeshiva and left after several months. By then, I had already lost Davids’s central tenet: I was no longer happy.

After some false starts, I became a writer and a journalist. For a brief time, I ran the newspaper where my parents had seen the advertisement for Davids’s yeshiva.

Meanwhile, these days when people ask me about my college experience, I tell them: Oh, you know, like everyone else.