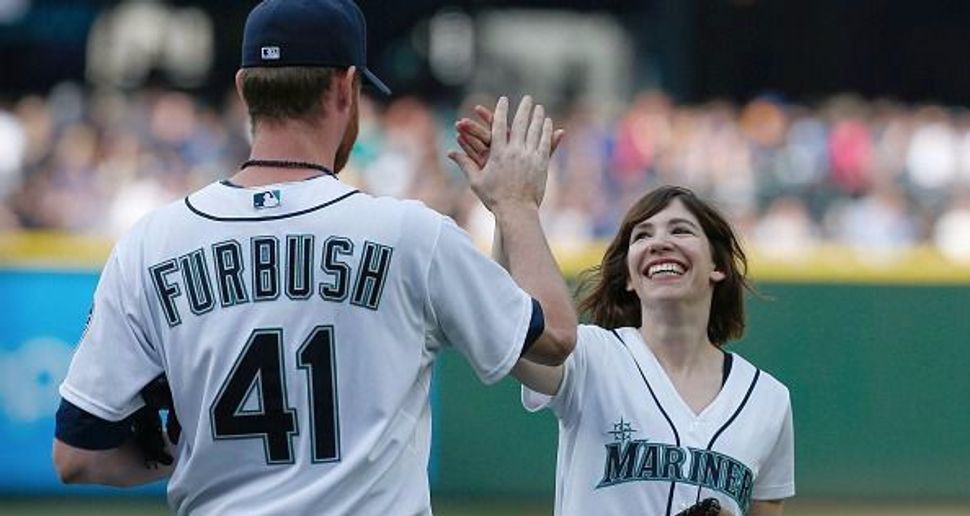 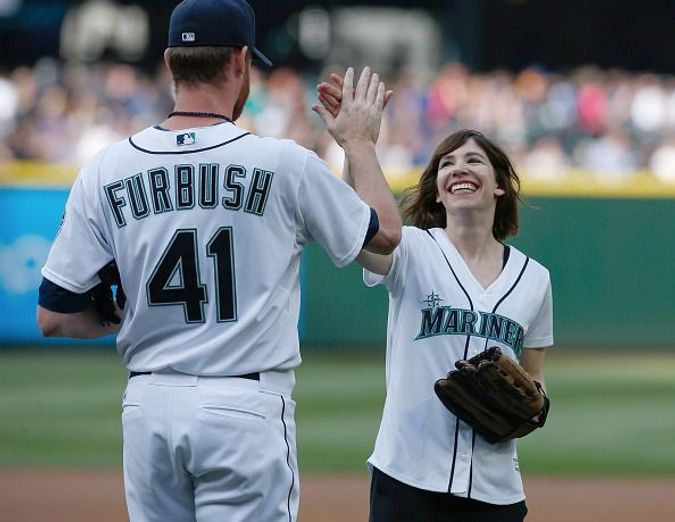 The title of Carrie Brownstein’s recently released memoir, “Hunger Makes Me a Modern Girl,” comes, as any Sleater-Kinney fan will giddily tell you, from one of the songs on her band’s album “The Woods” (which was released shortly before the group’s nearly decade-long hiatus). “My baby loves me, I’m so hungry / Hunger makes me a modern girl,” Brownstein sings in the song’s second verse. For Brownstein, hunger seems crucial; it is the engine — of ambition and progress, and, as Brownstein’s memoir suggests, of art itself.

It is, anyhow, the essence of Sleater-Kinney’s greatness. In 2001, the music critic Greil Marcus famously called them “the greatest rock band in America.” What made Sleater-Kinney iconic was the group’s ability to navigate the sound and fury of lived female experience into something universal through the power of their sound, equal parts catchy, ecstatic, demanding and raw. For a certain kind of Wednesday Addams type, they were indispensable. They were also required listening for music lovers everywhere who wanted to pulse to loud music that was fun and smart and loud.

Sleater-Kinney broke up in 2006, and the breakup serves as prologue to “Hunger Makes Me a Modern Girl”: “I only wanted one thing on tour,” the book begins, “to slam my hand in a door and break my fingers. Then I would go home.” Suffering with shingles, her body giving out from the stress of touring, Brownstein momentarily ceases being hungry, wanting nothing save for retreat, and the band ceases (it has since turned out, temporarily) to be.

And so it is that before Sleater-Kinney can reunite, as they triumphantly did with the release, in January 2015, of “No Cities to Love,” Brownstein must trace her (hunger’s) origins. In looking back, Brownstein is simultaneously forthcoming and withholding. We learn that her mother suffered from anorexia, spending long stretches of her daughter’s adolescence in treatment before leaving the family altogether. (And here, of course, we find another meaning for the “hunger” of the memoir’s title.) That her father came out as a gay man in the summer of 1998 by telling her, meta- and matter-of-factly, “So I guess I’m coming out to you.” That her childhood was governed, even defined by, reticence and repression, by the refusal, on the part of both of her parents, to give voice to emotion, to acknowledge either hurt or happiness. In response, Brownstein cultivates a showy persona, staging skits and hosting murder mystery parties; she styles herself a teen yenta, gladly gossiping with her friends’ parents about divorces and illnesses and other midlife calamities. But, like a true showman, she also holds back, performing intimacy while revealing little. Wielding language like a veil, she stages less a striptease than the illusion of one.

This is a pattern that holds throughout the book. Brownstein sketches the formation, in riot grrrl-era Olympia, of Sleater-Kinney, a story that is likely to be familiar to anyone with a passing interest in the band. She notes her romantic involvement with Corin Tucker, her co-guitarist and co-vocalist, but offers no detail that didn’t show up in profiles of the band as far back as the release of “Dig Me Out,” the album that addressed that relationship’s demise. (Here, Brownstein plays coy, claiming that she did not, at the time, realize that the songs Tucker had written for that album were about her.) She covers the making of the band’s albums, but largely in technical terms, offering her sense of the evolution of their sound, but refusing to render the songs into diary entries. She is forthright about her ambitions and about her ambivalence, but even this potentially personal drama is told in the rather generic terms of the 1990s’ anxieties about selling out. She mentions bouts of depression, but allows her work for the band, particularly “Jumpers” — a song she wrote about suicides on the Golden Gate Bridge — to tell that story.

There are, I think, several ways of reading Brownstein’s reserve. One of the measures of success — for women in particular — is the right to remain unknown, and in presenting a memoir that is ultimately about her band’s music and not about the dirty nitty-gritty of her personal dramas, Brownstein insists that the music is all that needs to be known, that it stands on its own, as of course it does. This is a necessary expression of greatness, one that women are too seldom permitted, one that they too seldom allow themselves to claim. Or perhaps it is that the memoir plays against the frustration expressed elsewhere in the song that gives the book its name. “My whole life / Is like a picture of a sunny day,” Brownstein sings in the chorus of “Modern Girl,” an impression insistently undone over the course of the song. The book suggests that no life, private or public or some combination of the two, can ever be developed as clearly as a picture of a sunny day. And so Brownstein offers instead a series of shadowy snapshots, more true for being less vivid.

But it could be, too, that Brownstein knows how to keep the reader hungry. Many people today are likely to know Brownstein as the creator of “Portlandia,” the sketch comedy TV show she created and performs with Fred Armisen. That show is mentioned exactly once. Perhaps it will be the subject of a future book. Or perhaps — more likely — it too will be left to be itself, to speak viscerally and loudly and crystal clearly. “Hunger Makes Me a Modern Girl” crystallizes the power of one of Brownstein’s songs: When the words and the sound meld together, something more powerful than can be described sets in, and we lose ourselves in the music, needing no other story to keep us just full enough to want more.