Pierre Birnbaum on the ‘Israel-ization’ of French Jews 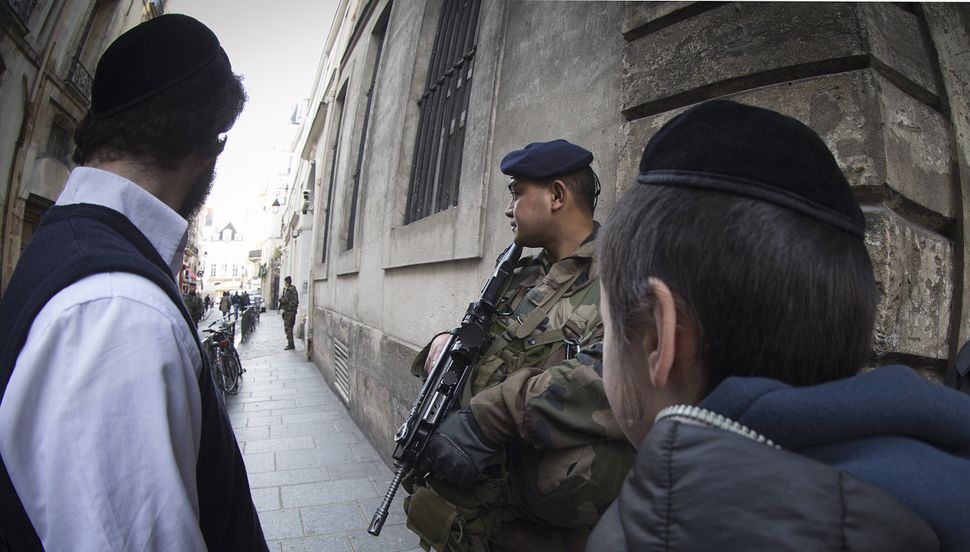 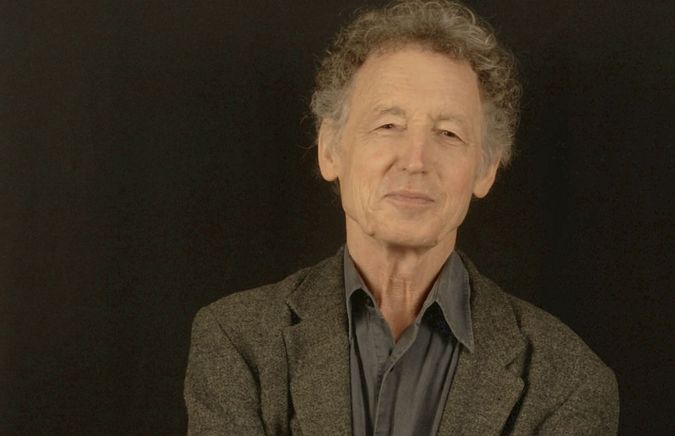 The French Jewish political sociologist and historian Pierre Birnbaum, born in 1940, is an emeritus professor at Panthéon-Sorbonne University. His books include ; “Jewish Destinies”; and “The Idea of France” and “Two Houses: Essay on the Citizenship of Jews (in France and the USA)” His most recent work, “The Confusions of a Government Jester,” applies ideas about history, politics and sociology to his life experience. Recently, the Forward’s Benjamin Ivry spoke with Professor Birnbaum about conclusions he has drawn about the destinies of Jews inside and outside France.

Benjamin Ivry: You were born in Lourdes, oddly enough for a Jewish sociologist; your new book explains how your Polish Jewish father and Romanian Jewish mother were fleeing the Nazis at the time. Was your family’s survival one of the miracles of Lourdes?

Pierre Birnbaum: That’s a good question. We might say so, insofar as in Catholicism, Lourdes is an emblem of charity to others. Catholic and Protestant people helped Jewish people at the time, as part of a culture of helping one’s fellow man. Even if the Church itself was officially almost mute at the time, we can say that most of the Righteous [who protected Jews in Occupied France] were nuns and priests.

Your family hid in villages in the Hautes-Pyrénées department of southwestern France, where Jews and other refugees were helped by poor farmers, “people from the lower levels, not the higher.” Why were humble people so heroic?

It is one of the mysteries of this period. There are examples in France of police officers who warned Jews in the countryside about pending arrests; these were rare examples. It remains that 90 or 95 or 98% of civil servants were loyal to the Vichy regime, with no problem.

The French sociologist Maurice Halbwachs was murdered at Buchenwald after being arrested for protesting the capture of his Jewish in-laws. Is the era of heroic sociologists — professors ready to risk their lives for an ideal or to defend their families — over?

You are asking me a tragic question. I have no notion of how to guess the future. I will answer ambiguously: There is an end of ideology and morality in our time, yet in sociability, ties are created, so we can only hope that behavior like that can recur. We hope it will never have to recur in comparably terrible times.

You have defended the French government as a guardian of human rights, but didn’t that government’s betrayal of its Jewish citizens and other minorities during wartime make future trust impossible?

That is the fundamental basis of my work for some years, that the more a government is strong, the more it defends all of its citizens. Vichy is an essential point where the [French] government did not betray the people; it simply disappeared.

In your view, Jewish children hidden during the war felt the need to belong to a collective group again, and for you, the government fulfilled that purpose. Yet the French Jewish neuropsychiatrist Boris Cyrulnik, a Holocaust survivor, states that rebellious children who found individual fortitude to disobey orders from adults were those who survived most often.

There were not many children who survived alone by being wary of everyone. At one moment or another, an adult had to take charge and shelter and feed them. Most Jewish children who survived did not do so as wild animals in the forest but were saved by finding solidarity with people or institutions.

In 1961, you traveled to Cuba, just after the Bay of Pigs Invasion. You say it was a “place of war and violence.” So why go?

In “The Confusions of a Government Jester,” I describe many episodes where each time there is violence, I go there to see how violence works, to see what violence is. Cuba in ’61 also meant hope for two or three years, before the Soviet glaciation. There was unbelievable freedom for men and women until the Soviet Union took over. I went to look for a utopia, which briefly seemed possible. I went as a young man and, as they say, to each his own dreams of youth, to deny the radical pessimism with which we were raised.

Starting in 1962 you studied with the French Jewish political scientist Raymond Aron. You state that Aron “trusted me a lot while refraining from anything too personal.” Such as?

Raymond Aron was Jewish and did not hide it, but he also never showed it. He was the representative of meritocracy as a graduate of the École Normale Supérieure. During 20 or 30 years, we never exchanged the slightest allusion about Judaism, even when we were quite close and spoke privately. His “coming out,” so to speak, was after the Six Day War, when publicly, for the first time, he took the side of the Jews.

You told the journalist Pierre Assouline that Aron would sometimes introduce you to others by pronouncing your name in an exaggerated German style.

I was hurt when he pronounced my name like that in front of others, putting a barrier between us by saying it in the German style. Of course I did not say anything when he did it at the Sorbonne in front of many colleagues, as if to distance me from him. Perhaps [it was] because Raymond Aron’s family were French Jews for centuries, whereas I was only a poor Polish Jew.

In a 1995 essay in “Jewish Social Studies,” you claim that Aron “radically rejected the notion that a Jewish way of being a sociologist could exist,” yet that is exactly what you have done, isn’t it? Years later, Aron told you, “My dear Birnbaum, you are one of the very few of your generation who worked.” Were all your contemporaries lazybones?

You have lots of humor. I wouldn’t want to judge my colleagues, and many of them worked too, but for me that statement was an evaluation that justified my work because Aron loved to work. He got up every morning at 5 a.m. to work. To say someone has worked a lot is not praise, but a recognition of a vocation and time used sensibly.

You have written about “State Jews,” high-level French civil servants, and compared them to American Jews on the U. S. Supreme Court. Will an American Jew ever be elected president?

I don’t think so. As I describe in my book, unlike the meritocracy of France, most American presidents come from the business class, as WASPs, and this establishment still exists.

Will there ever be another Jewish leader of France, since Pierre Mendes-France and Léon Blum were elected in times quite different from now?

For a long time, Dominique Strauss-Kahn was considered the ideal candidate for the presidency of France. Before the scandal, according to all the polls, he was meant to be the next president of France. Imagine, a president with that name. [Current French Foreign Minister] Laurent Fabius is of Jewish heritage, and he also has every opportunity of being president of France. France is still a meritocracy.

In a 2007 interview for the magazine “Labyrinths,” you declare that Jewish life in France is impoverished compared to America, Israel or Italy. You cite historians Arnaldo Momigliano and Carlo Ginzburg as having few or no equivalents in France as intellectuals who are also learned about Judaism. What about Emmanuel Levinas, Jacques Derrida or Benny Lévy?

Levinas wasn’t born in France but in Lithuania. For the rest, I don’t know if they are comparable to Momigliano or Ginzburg. The French path to emancipation [of the Jews] is paradoxical, because it transformed Jews quickly and directly into accepted members of society, as if with a magic wand. The negative results were the eradication of Jewish culture, identity, memory, values, dreams and messianism. Like the Basque or Breton people who enter French society, [Jews’] culture disappeared.

In “On a New Time of Anti-Semitism (2015),” you react to the recent anti-Semitic violence in France. In his recent “Memoirs,” Serge Klarsfeld, although an admirer of France’s history, discusses possibly leaving the country if things get worse. Would you follow suit?

I find it difficult to answer. There is doubtless great concern among French Jews. For me, unquestionably, there is an Israelization of French Jews, as my colleague Yossi Shain has described, that is totally new, where French Jews pay attention each day to what is happening in Israel. Not every French Jew, but many, read Israeli books and watch Israeli films, and Israel has become very present for them.

After some of the most ghastly violence, is there a point of no return for French Jews or can things become better?

I am very pessimistic, precisely because the government no longer has the power to socialize its citizens, and repercussions from the Middle East are strong in France. There will almost certainly be further repercussions and they are terrible to imagine. We may retain one positive thing, sociological research by my colleagues, as mentioned in “On a New Time of Anti-Semitism,” stating that new generations of French people of Arab origin are less anti-Semitic than older ones.

Pierre Birnbaum on the ‘Israel-ization’ of French Jews