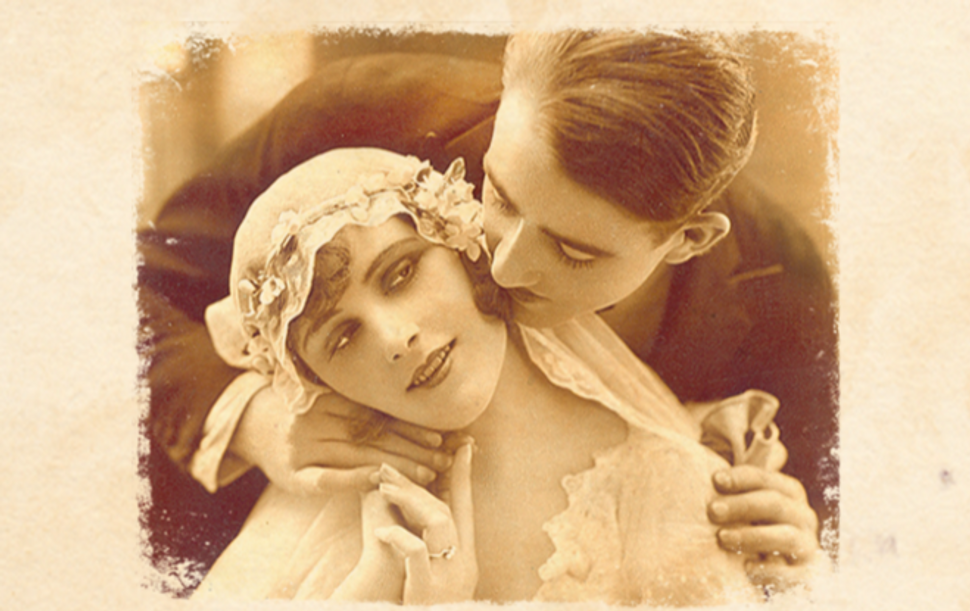 (JTA) – “For a German Jew, Yiddish is beneath contempt,” musicologist Michael Ochs told JTA. “German Jews tend to think of Yiddish as bad German. The only use we had in our family for it was to make fun of it.”

So it is more than a tad ironic that it was Ochs, whose family fled Nazi Germany for New York in 1939, who rediscovered the “Di Goldene Kale” (“The Golden Bride”), the 1923 Joseph Rumshinsky operetta that spoke to the hopes and dreams of immigrants. It’s the National Yiddish Theatre Folksbiene’s latest offering — and its first production in its new home here at the Museum of Jewish Heritage, adjacent to Battery Park.

How this brilliant but virtually forgotten musical went from obscurity to full-scale production is the result of several coincidences combined with some diligent detective work.

“The Golden Bride” originally played at the Second Avenue Theater, filling its 2,000 seats for 18 weeks before touring the country (including places like Omaha, Nebraska) and overseas (Buenos Aires and Manchester, England). It was one of 14 Yiddish productions at the time on Second Avenue, known as the Jewish Broadway.

The title character, Goldele — a presumed orphan raised by the local innkeepers in a Russian village — discovers she had a rich father who passed away and left her a sizable inheritance. This makes her a sought-after bride. Though secretly in love with Misha, the innkeepers’ son, she promises several suitors she will marry the one who finds her long-lost mother. Goldele then departs for the United States to live with a wealthy uncle and quickly acclimates.

It’s easy to see why this story — even though Ochs describes it as “typically implausible” — resonated with audiences at the time. Many were from Russia themselves, and almost to a person they were immigrants who were getting used to a new land and language. The time frame of the production is shortly after the Russian Revolution, when many hoped a new Russia would be a more tolerant place.

READ: Museum of Jewish Heritage and Folksbiene to partner and possibly merge

Last revived in 1948, the show likely would have stayed hidden thereafter in the mist of Yiddish history were it not for a 1984 meeting in Boston of the Society for American Music. At the time, Ochs was the Richard F. French Music Librarian at Harvard’s prestigious Loeb Music Library. He found a large but incomplete manuscript of “The Golden Bride” score while scouring the stacks for material he might use in an exhibit tied to the meeting.

“I’d never heard of Rumshinsky,” Ochs said. “The music was excellent. What struck me was that this composer nobody ever heard of outside of people familiar with Jewish music had composed 90 to 100 operettas. Who knew?”

“The librettist was a woman [Frieda Freiman] who gave credit to her husband [Louis] to get her work produced,” he added. “There is no question she wrote the original libretto.”

After the meeting, the score returned to the library stacks and presumable anonymity. Ochs left Harvard in 1992 to become a music editor at W.W. Norton, from where he retired in 2002. But “The Golden Bride” wouldn’t let go. He’d made a copy of the score and now, in retirement, “wondered if I can translate this,” he said. “It started out really as a language project.”

“I was never thinking in terms of a full-scale production,” Ochs added. “I was just thinking of getting this published, and that alone would have been pretty nice.”

So he sent a proposal to the American Musicological Association to see if they would be interested in a paper or book on the operetta as part of its Music of the United States of America series. When the association expressed enthusiasm, Ochs started additional research.

His first stop was YIVO, the Institute for Jewish Research in New York, which housed the librettist Freiman’s papers. As luck would have it, there he met the late Chana Mlotek, doyenne of the Mlotek family of Yiddish music experts and the organization’s musical archivist. The moment she heard about the project, the Yiddishe mama suggested Ochs call her son Zalmen, the Folksbiene’s artistic director.

READ: ‘Fiddler on the Roof’ and behind the scenes

Ochs didn’t have an opportunity to initiate the call — Zalmen Mlotek rang the next day, presumably ordered by mama.

“I wasn’t aware of the existence of the material,” Mlotek said in a separate phone interview. “But I was very familiar with a couple of the songs, the famous duet ‘Mayn Goldele.’ It was a big hit and sung in every generation since then.”

Mlotek was interested immediately; he and Ochs went into research mode. Scraps and bits of the original were scattered at Harvard, YIVO and UCLA, where heirs of Rumshinsky donated his papers. Ochs and Mlotek gathered the pieces and reconstructed the play.

“Our intention was to present it in a way that was as close to what we imagined it would have looked and sounded like in 1923,” Mlotek said.

At the same time, however, the pair realized “The Golden Bride” dealt with very contemporary themes.

“While the purpose of our presenting it was to show an example of one of the mainstays of the Yiddish Theater in its heyday, the fact that it deals with the idea of immigration, of coming to a new country and believing in the dream that one can make it — yeah, that’s a universal theme,” Mlotek said.

The show is artfully co-directed by the Folksbiene’s Bryan Wasserman and Motl Didner. Given the size and limitations of the set, Merete Muenter’s choreography and staging are superb. The cast is extraordinarily talented — Goldele, played by the opera-trained Rachel Policar, is a standout — and infectiously enthusiastic.

The wonderful songs also reveal the very Jewish roots of the American Songbook.

“Rumshinsky, in his autobiography, writes about how he went to visit a friend and he heard someone next door playing something from one of his operettas,” Ochs said. “Who was it? A young George Gershwin. He regularly attended Yiddish theater and of course it influenced him. When he wrote ‘Summertime,’ he even asked if it sounds too Jewish.”

“Super titles make it irrelevant that it’s in Yiddish; in fact, it makes it more interesting,” he said. “There is interest from young people and cultured people to examine and taste what this culture was and is.”