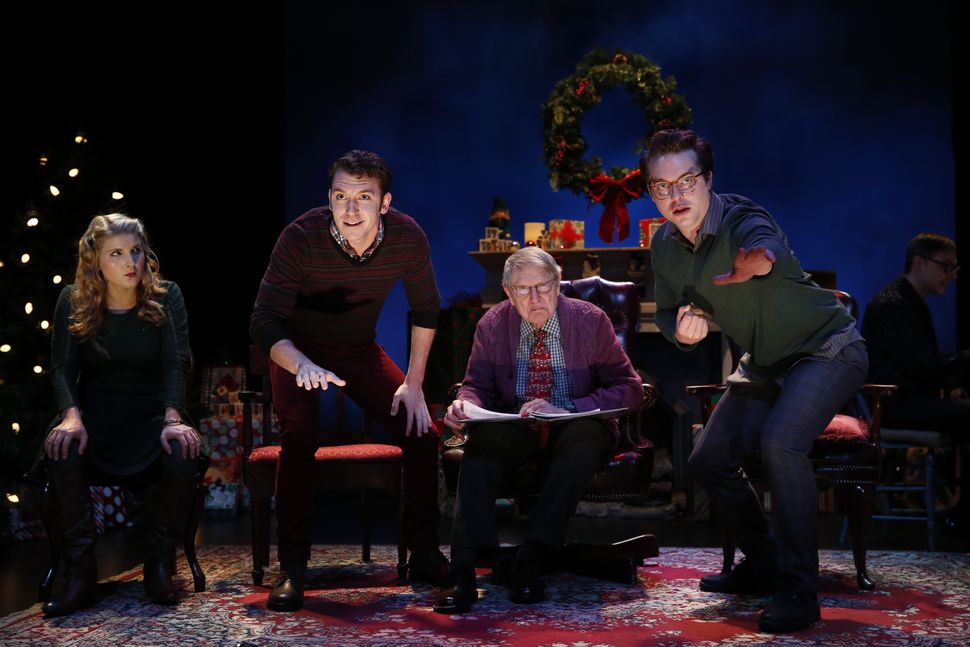 We grew up Irish on Chicago’s northwest side. Or maybe Scottish. Possibly Welsh. Somewhere from that general part of the world, anyway. My mother has always been fond of Irish names — she would’ve named me Shawn, she said, if she hadn’t named me after her father, Abe, an inventor with fiery red hair; whenever a new child was born, my mom would say she hoped it would be a redhead like him.

My dad, who let me take sips of his beer and scotch when I was growing up, drank Macallan; my mom watched movies starring Richard Burton and Trevor Howard. On St. Patrick’s Day there was corned beef and cabbage, and we’d take the El downtown to watch the river turn green and to see Edward Kennedy march up State Street in the parade. On Saturday nights and Wednesday afternoons my mom played the radio show “The Midnight Special” in the kitchen and turned up the volume whenever the Clancy Brothers and Tommy Makem were on.

We were a Mayor Daley sort of family, too, at least for a while. Mum and Da voted for Richard J., and we sat behind Richard M. when the Gate Theatre was in town performing Beckett’s “Waiting for Godot.”

On special winter evenings, if we’d remembered to buy a Duraflame log at the hardware store and someone could figure out how to light the damn thing without setting fire to the house, we’d gather ’round the fireplace to listen to records or to the radio. “A Child’s Christmas in Wales” by Dylan Thomas was one of the stories my mom liked best, especially the recording of Thomas himself reading it in New York in 1952, a year and a half before he died at the age of 39. Later, the family holiday favorite became the TV movie of Thomas’s story. Made in 1987, it starred Denholm Elliott, who told his grandson tales of his childhood that took place years ago, when “there were wolves in Wales, and birds the color of red-flannel petticoats.”

I’d always thought of my family’s Irish-Scottish-Welshness as a strategy of assimilation — that Thomas was the antidote to Isaac Bashevis Singer, and “A Moon for the Misbegotten” was a good salve for “Yidl Mitn Fidl”; I wondered if Irish theater and Welsh poetry were the method by which we helped to find ourselves at home in a city made by decidedly gentile European immigrants.

But looking back now, I think there was something else at work.

The other night, I took my 10-year-old daughter to see the Irish Repertory Theatre’s production of “A Child’s Christmas in Wales.” She, too, has been inculcated in my family’s tastes; each December she joins us to watch the movie and to hear the distinctions Thomas made between useful and useless Christmas presents, between aunts and uncles, between the Christmases of the past and those of memory.

Billed as a musical, the Irish Rep production is actually more of a staged reading with songs. Five actors, led by Broadway vet John Cullum, take turns reciting “Child’s Christmas” and join together to sing seasonally appropriate songs and carols, such as “God Rest Ye Merry Gentlemen,” and the Welsh lullaby “All Through the Night.”

The show is a charmingly modest holiday confection — expertly enunciated, flawlessly sung. “Lovely” and “cozy” were the words my 10-year-old used to describe it.

But something bugged me about it that I couldn’t quite identify at first. For this is a different “Child’s Christmas” than the one I had recalled. The Irish Rep show, conceived and directed by Charlotte Moore, is performed with impeccable diction but in standard American accents. Gone are the slightly rolled R’s with which Thomas pronounced the name of Mrs. Prothero, who greets the fire brigade in her front room and then asks, “Would you like anything to read?” Instead of the snowy seaside town that Thomas says existed in an age “before the motorcar,” the period here seems to be contemporary Middle America, a land of Ethan Allen living room furniture and Christmas sweaters.

None of this is to criticize the Irish Rep production, because a) of course texts should be mutable; and b) I retired from theater criticism a while ago and have no desire to return to it. (In private I might tell you that I thought the show could have done with a bit less grinning from the cast members when they were giving each other focus, but that’s a longer conversation, and not a particularly charitable one).

But what struck me most about this “Child’s Christmas” as I thought about it was how stereotypically “American” it seemed to be — how much it veered from the Wales that Thomas described. And, by extrapolation, how far away it was from my own memories of the story. For now that I look back, what has always charmed me most about the story is how unassimilated it is, how tied it is to a particular place and time, how its specificity made and continues to make it seem universal.

And I think that’s what always appealed to us about it most: It wasn’t that listening to Dylan Thomas or watching Trevor Howard movies made us more American or less Jewish, whatever that might have meant; rather, it made us more a part of the America we created for ourselves, one where you could choose what you liked best from a pu pu platter of traditions. You could listen to Paul Robeson and the Clancy Brothers; you could sing Hanukkah songs and Christmas carols; you could wear a T-shirt and blue jeans or the most goyish Christmas sweater you could find, and all of it made its own kind of sense. Growing up in a diverse city, we absorbed a bit of every culture and religion, and the blending of all these cultures was what was most American of all.

The morning after the show, I asked my younger daughter if she remembered watching or listening to “Child’s Christmas.” She’s 6 and has a Scandinavian name and an abiding interest in both Norwegian and Chinese cultures.

“Oh, yes,” she said. “That’s the story about the Jewish family that celebrates Christmas.”