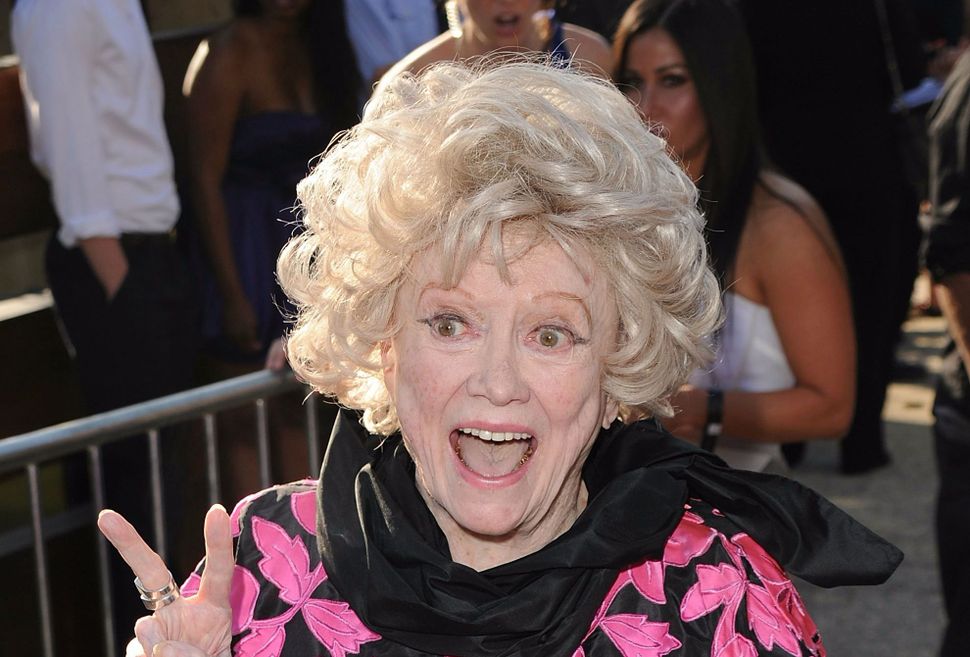 Donald Trump’s use of the term “schlonged” may have been the most recent example of a Yiddish curse hitting the mainstream. But it’s hardly the first. In fact, the term schlong has been swinging around pop culture for quite a while. Here are seven of the most noteworthy uses of the (rather unpleasant) term:

“His schlong brings to mind the fire hoses coiled along the corridors at school.”

1982: Peter O’Toole playing the role of Alan Swann in “My Favorite Year”

“My dear fellow, what I choose to do with my schlong is my business.”

“My God to be so nimble and so hung, like Heifetz on the fiddle with his schlong that dog is.”

Butthead: “Beavis, you’re gonna keep talking about loogies and I’m gonna be too busy swinging around my gigantic schlong.

“The worst thing here to me, I have to say to you, I know — because I know the whole history — I know how devastating terrible, and I would be the cause of being devastatingly terrible for him to know that you told. That’s my biggest problem with this whole thing, and that’s why I want out of it. Not because I admire him because right now I think he is a schlong, not because I’m an enemy of the administration because I don’t think i am, it’s because I can’t bear the pain and anguish and, frankly, I don’t know what you would do. And I have that on my conscience, too, forever.”

2006 Phyllis Diller, from her memoir “Like a Lampshade in a Whorehouse.”

“In an instant, some decrepit guy parked himself a couple of seats away (and) pulled out his shlong.”

“WEINER’S SWAN SCHLONG; HEAT’S ON TO QUIT AS PENIS PIC HITS THE ‘NET