He Dreamed a Dream in Yiddish 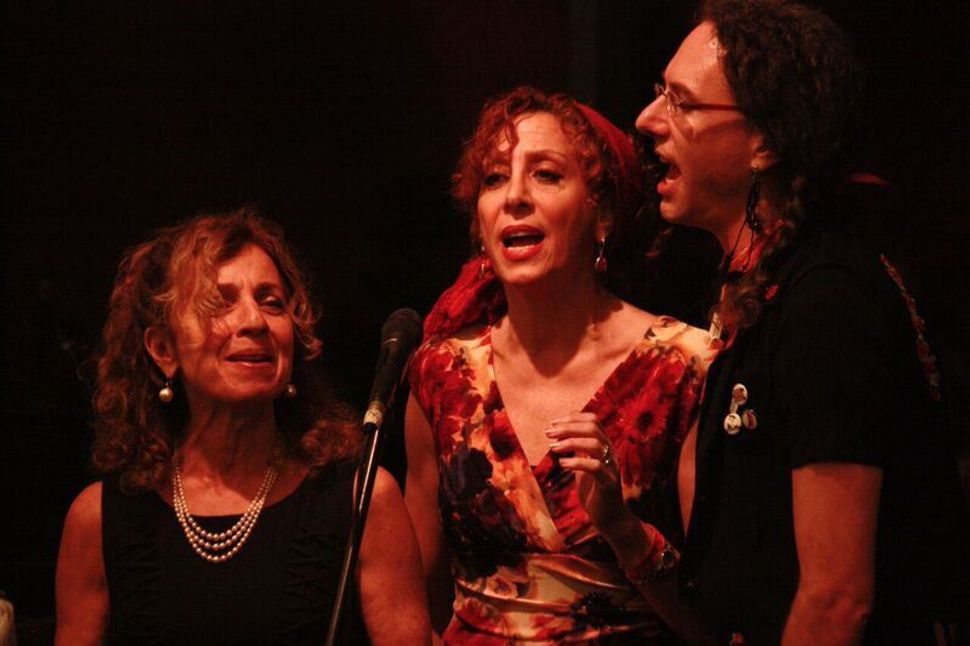 Over the weekend, two events encapsulated Yiddish New York, the week-long festival of Yiddish arts, music and culture that served to replace a gaping hole in the calendar left by the demise of KlezKamp, which ended its 30-year run last year at this time.

On Saturday night at the Museum of Jewish Heritage at Battery Park — which has been enlivened recently by its partnership with the National Yiddish Theatre-Folksbiene, which is now staging (through January 3) a revival of the popular 1923 Joseph Rumshinsky Yiddish operetta “The Golden Bride (di Goldene Kale)” — Yiddish New York combined forces with the annual Adrienne Cooper Dreaming in Yiddish Legacy Concert and Award. For the past four years, a group of artists most of whom knew, loved and worked with Cooper, an essential figure on the Yiddish and klezmer revival scene since the mid-1970s who, among her many credits, was a co-founder of KlezKamp, have staged a concert in her memory and have presented the “Dreaming in Yiddish” award in her memory, which “supports artists as they embark on the timeless, boundless, utterly unexpected adventure of working in Yiddish.”

Last year’s recipient, New York Times-bestselling author Michael Wex (“Born to Kvetch,” “Just Say Nu”), emceed the evening, which featured an all-star cast of Yiddish singers and musicians performing songs from Cooper’s “In Love and In Struggle: The Musical Legacy of the Jewish Labor Bund” (YIVO, 1999), an album that featured Cooper and was reflective of her passion for social justice and Yiddish. The program culminated with the passing of the torch from Wex to his fellow Canadian, Josh Dolgin aka Socalled, best known for his mind-blowing, utterly contemporary work as a klezmer/hip-hop artist, composer, record producer, puppeteer and multifaceted, kind, inclusive, creative genius always pushing the envelope of possibility.

Dolgin took the opportunity to debut a brand-new song, “Heebonics,” a parody of “Ebonics” by the slain New York City rapper Big L. In Big L’s original, he raps about the slang used in Harlem while he was growing up. In Socalled’s “Heebonics,” he offers the listener an introduction to a basic Yiddish vocabulary in the form of a hip-hop song. It’s the sort of effort one has come to expect from Socalled, whose great achievements have included an entire hip-hop album modeled on the rituals of the Old World wedding (“HipHopKhasene”); “The Socalled Seder: A Hip Hop Haggadah”; and a duet version of the classic Yiddish ballad “Belz,” recorded with the late Theodore Bikel and updated as “(Rock the) Belz.” The fact that Bikel gave his blessing to the project, and went on to hire Socalled as his piano accompanist for his live performances in the last few years of his life, gave Dolgin a seal of establishment approval which, while he never sought it, certainly gave him a leg up in the Yiddish world, such that crowds of Jews often twice his age flock to his concerts (as well as club kids), which are often sold out, as was Saturday night’s program.

Wex paid tribute to the proceedings and their connection to anarchist politics when he said, “It’s so cooperative and so communal, nobody knows what’s going on at any one time,” and this was a theme repeated often in tones of wonderment throughout the weekend. While the workshops and events came off relatively as planned and on time, they did so with no single authority in charge, but simply through the passionate efforts of “the faculty,” who were simply a loose gathering of most of the great Yiddish musicians, scholars, and artists of today.

An event the following evening spoke as strongly and as promisingly to the theme of “dreaming in Yiddish” as to the marquee benefit concert on Saturday night. Late Sunday night, there was an official but off-the-beaten path jam session at an Irish tavern on Avenue B called Mona’s. A little over a hundred people or so – seemingly half of whom were musicians – crowded into the pub on an otherwise shuttered block of the East Village to hear faculty members along with student musicians and some non-klezmer-playing ringers engage in the sort of impromptu blowfest one would expect to walk past on Beale Street in Memphis or down south in New Orleans. But here, just blocks from the Lower East Side, a hundred years ago home to millions of Yiddish-speaking immigrants, Frank London of the Klezmatics and Michael Winograd of the Yiddish Art Trio and the Tarras Band were leading the motley ensemble through the paces of classic freylekhs and bulgars that got stretched into fusion territory by at least one Indian drummer in the house, so that what came out was a kind of klezmer-bhangra-Brazilian-Creole mix, one that spoke eloquently to the crowd jammed into Mona’s that even included a few regulars who must have been wondering what the hell was going on at their quiet little neighborhood watering hole.

You had to pinch yourself to be sure you weren’t dreaming in Yiddish.

Seth Rogovoy writes frequently about Yiddish arts and culture for the Forward.

He Dreamed a Dream in Yiddish