Why An 1855 Jewish Conference Is Still Worth Conferring About 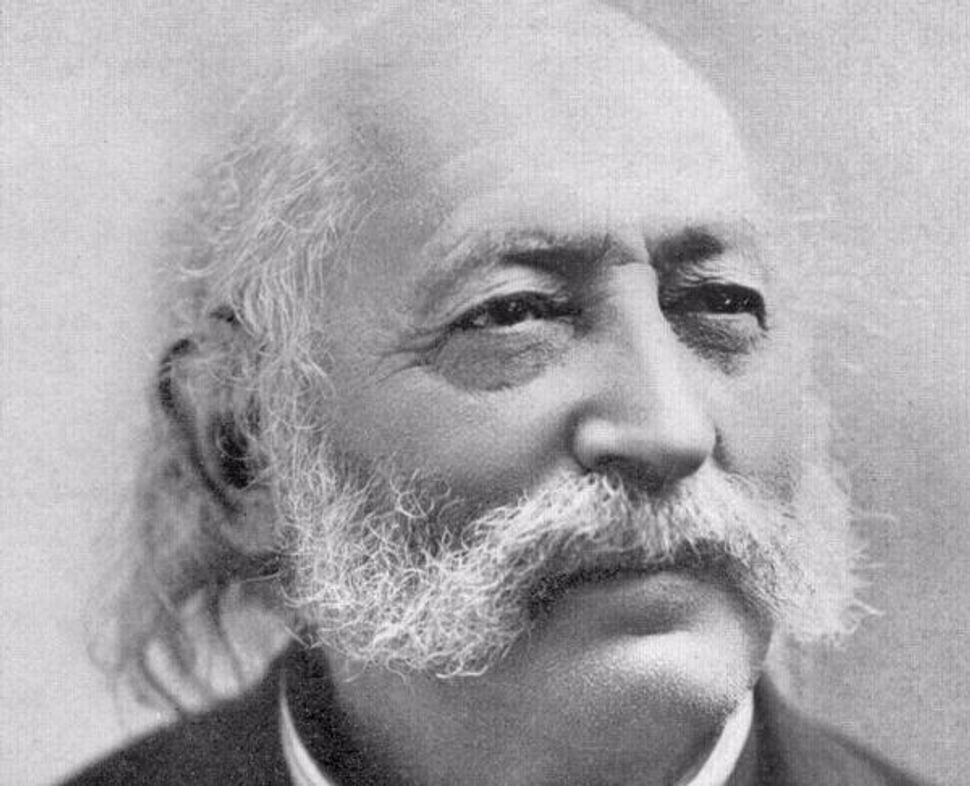 This past month I’ve been to more conferences than I care to remember. In this, I’m not alone. Taking to the road, the rails and the air to attend one or another confab has become routine — just one of the ways most of us conduct business, circulate ideas and products, and get into the swim of things.

Since both my calendar and yours are crowded with the dates of so many conferences, we’re apt to forget that, once upon a time, they were a novelty rather than a common practice, a big deal rather than ho-hum.

And so it was back in 1855, when Isaac Mayer Wise issued a clarion call for a “national conference” of rabbis and American Jewish lay leaders, to take place in Cleveland. It was high time to establish a common core of practices and beliefs, an “American Israel,” he declared. Setting the rabbinate on a professional footing, putting an end to those who, much to Wise’s dismay, tied a white handkerchief around their necks and called themselves “reverend,” was also on the agenda.

The weeklong gathering, the first of its kind in the United States, drew a mix of rabbis and lay leaders from Baltimore and Boston, Chicago and Cincinnati, Louisville and St. Louis as well as from New York, Philadelphia and Richmond. At first blush, this laundry list of locations might occasion only the mildest interest on the part of my readers; they might even stifle a yawn. But if encouraged to take into account the arduousness of travel in antebellum America, the difficulties of getting from here to there, they just might come away with a heightened appreciation for the dedication, the gumption, displayed by conference participants of the mid-19th century.

Wise, himself a seasoned traveler, knew full well what it took for his co-religionists to forsake the comforts of home. “Travelling at night in a railroad car is a sort of modern prison life,” he wrote in his journal. “Excluded from the world by darkness, and the rolling, rattling sounds of the wheels, accompanied by the occasional snorts and whistles of the locomotive, eyes and ears become as useless as the locomotive organs with which Dame Nature has gifted you.” In this evocative quote, which Jonathan Sarna was kind enough to share with me, Wise underscored the extent to which long-distance travel was as much a psychological experience as a physical one.

Little wonder, then, that, amid the attractions of Cleveland Masonic Auditorium, American Jews eagerly sought out and befriended one another. An exercise in comity and fellowship, the conference, they knew all too well, was a high-stakes affair. As Wise would have it, “different parties, representing different theories, must recognize each other as Jews… must have confidence in each other…. Union and fraternity must unfurl their glorious banner.”

Over the course of several days, participants managed to come up with two agreed-upon resolutions designed to put the oomph into the notion of a shared American Judaism. One saluted the divine origins of the Bible, the other the ongoing relevance of the Talmud.

No sooner had these declarations been publicized than fierce and, if Wise’s account is to be taken at its word, unanticipated opposition from the left, from the camp of the reformers, erupted, falling like “lightning from a clear sky,” or, at the very least, from Charleston, New York and Philadelphia. Some took strong exception to the conference’s endorsement of the Talmud, others to its arrogation of authority. The more traditional element of the American Jewish community had made known its intentions by staying clear of the conference altogether.

Whatever their source, expressions of antipathy upset the applecart, narrowing the opportunities for cohesion and souring Wise on the possibility of a united front. Writing years later in his book “Reminiscences,” the characteristically florid clergyman related how the opposition had treated him and his fellow conferees like a “crowd of political bummers and adventurous tramps,” holding them, as well as their ideas, in low regard — and rejecting both. “All the efforts for union were shattered,” he lamented, adding, “Like Jeremiah, I sat upon the ruins.”

It would take awhile before the architect of Minhag America would once again dust himself off and re-enter the fray. In the intervening years, disunion became far more than just an internal Jewish matter; the country at large was ensnared in a civil war. In its aftermath, conferences that had to do with the American Jewish community were deployed once again as agents of consensus and goodwill. One was convened in Philadelphia in 1869, another in New York a year later, and a third in Cincinnati a year after that. By then, railroads, many with handsome appointments and increasingly modern conveniences, crisscrossed the Northeast, making it relatively easier, and far more pleasant, to get about, and helping to ensure that conferences of all sorts became a regular occurrence.

We’re the better, or at least more sharply defined, for it. At these gatherings, American Jews both announced and declared themselves. So many of the big issues of their day, and ours, from the Pittsburgh Platform of 1885 to patrilineal descent, which was adopted by the Reform movement in 1983, emerged from conversations in hotel hallways, lobbies and dining rooms. If nothing else, conferences gave American Jews a lot to talk about.

Why An 1855 Jewish Conference Is Still Worth Conferring About